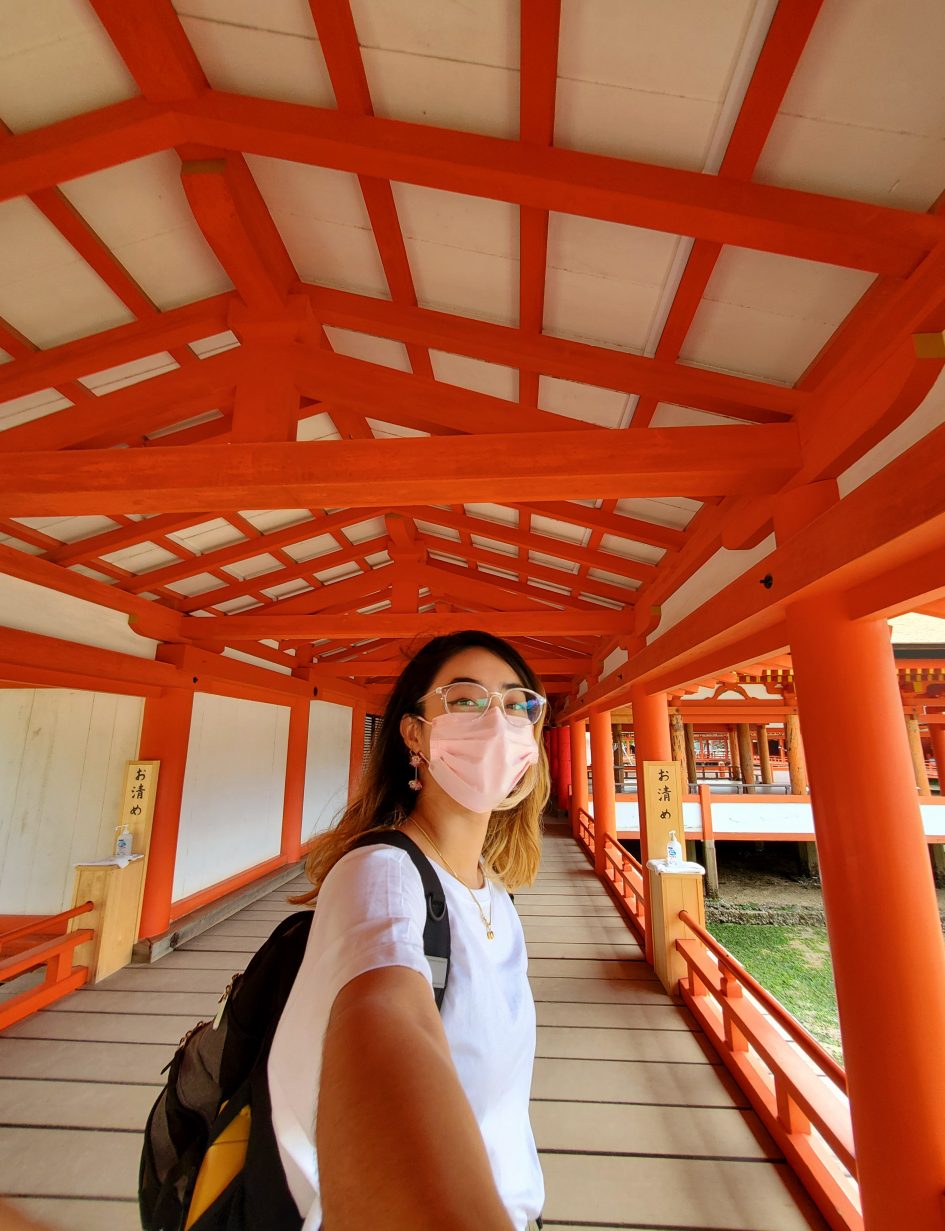 I cannot believe that I have already completed more than a quarter of my time here in Japan. As I am writing this, it has been exactly one month since I landed in Japan and I can’t help but be in awe of how quickly I have adapted to my new life here. I think a large part of my surprise is due to the fact that, in the days leading up to my departure, I was filled with a confusing amalgamation of trepidation and excitement about moving back to a country which I have such a complicated relationship and stirring history with.

I’m incredibly grateful that I was able to spend my first week in Japan reuniting with my mother and sister in Shizuoka after being apart for two years. When I got off the final bus stop that drops me minutes away from the address I called home for many years, a wave of emotions washed over me as all my sensory receptors were hit with memories of my childhood crystallizing before me. The dramatic silhouette of the ancient forested mountains against the soft open purple dusky sky, with the kind warm breeze gently swaying the vibrant green rice paddies and carrying the smell of ready-to-be sown rice and the distant sweet scent of cooking soy sauce emanating from the houses. From the ground, the echoing chirps of crickets, frogs, and cicadas and the cheerful gurgling of the stream that runs along the street. All of it made me realize I wasn’t just reuniting with my family, but also home.

My days in Shizuoka were a much-needed transitional stage that helped reframe my emotions and confidence levels before venturing off to Kobe.

My first couple of days in Kobe can be neatly summed up as “overwhelming”. From getting accustomed to my all-Japanese-speaking office to learning how to navigate Kobe’s five different train lines, my first weeks here were a blur both inside and outside of work. Plus Arts supported me in getting involved with various different kinds of projects, which fueled my excitement for everything that I will learn in my time here. Indeed, on my first week of work, I partook in a weekend-long disaster risk reduction event held by the city of Kobe for both children and adults. Although challenging, having the opportunity to actually interact with the community that Plus Arts aims to serve was an amazing way to put into perspective the importance of the work I will be partaking in.

Outside of work, I think traveling and exploring alone played a significant part in my ongoing journey to feeling empowered in embodying my own agency. Before making my way over to Japan, I had initially envisioned that I would be spending a lot of my time with others. Either by visiting old high school friends, getting to know my sharehouse housemates, and/or exploring the city with my fellow intern. However, much to the shock of my idealized plans, I ended up spending most of my first month alone. In fact, in my first couple of days here, I was struck with a sense of melancholy as I was confronted with the reality of how alone I was. Other than the few daily brief interactions with my colleagues at work, I spent most of my time keeping myself company.

Luckily, it only took me a couple days to remember the fact that Japan is the perfect place for solitary enjoyment and silent mindfulness. From my perspective, unlike in the previous countries I’ve lived in, being by oneself is not as stigmatized here. For better or for worse, people here have a tendency to keep to themselves, especially in the bigger cities where everyone is rushing to get from one place to another. Within a couple of weeks, I realized I had seamlessly melted back into the old habits I had developed as a high schooler in Japan. I started going to restaurants, cinemas, and bars accompanied by a book or podcast. I reacquainted myself with the unique joys of singing at the top of my lungs in a soundproof karaoke room after a long day.

On one of my open weekends, I decided to make the most of my limited time in the Kansai region and solo traveled south to Hiroshima and Itsukushima. Despite being only a couple hours away from Kobe, the city felt entirely different. Due to being flattened by the atomic bomb 77 years ago, much of the city’s buildings are incredibly modern and pristine. This is particularly true for the city center, the epicenter of the bombing. Where once stood a bustling city, is now an expansive and beautifully designed park commemorating those lost. Walking past the cenotaphs dedicated to the children lost in the bombing, I was disquieted by the memories of my grandmother’s own experiences in the war just a couple hundred kilometers away.

In contrast to the stark and striking atmosphere of the city center, I also visited お好み焼き村 (Okonomiyakimura, which translates to Okonomiyaki Town) as Hiroshima is known for its unique style of noodle-filled okonomiyaki with oysters. The streets were lit a lively red and yellow from the neon banners and the air was mouth-watering. Entirely overwhelmed by the sheer amount of restaurant choices, I was drawn to the restaurant with the female chef. Due to the hole-in-the-wall nature of the restaurant, within minutes I was having a lively and jovial conversation with the chef and the other patrons, exchanging life stories. It was an incredibly heartwarming experience that I know I will cherish onwards.

Itsukushima island, also colloquially called Miyajima, was somewhere I had long wanted to visit. Being just a short ferry ride away from Hiroshima, as someone who is generally fascinated by history and is particularly curious about Japan’s religious history and culture, I knew I had to visit Miyajima. With temples and shrines at every corner, sacred deer roaming the ancient roads, and a shrine gate floating on water,  it was an absolutely magical experience, unlike any other places I had visited before.

Dear Reader, my name is Giulia Gagliano-Tsuda and I'm currently wrapping up my Political Science and Gender Studies degree at UVic. I will be working for four months with CITYNET PlusArts in Kobe, Japan. During that time, I will be filling this blog space with my experiences, reflections, and updates as I embark in this once-in-a-lifetime opportunity.