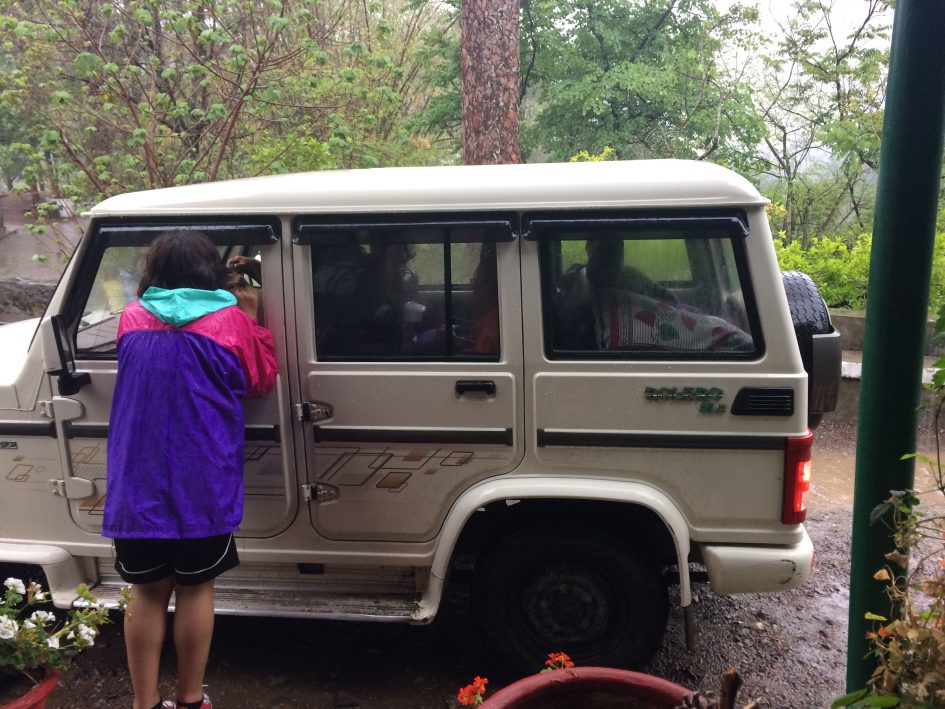 I invite you to listen to the magic of sounds and recorded voice that can sometimes create something more imaginative than visual stimuli in my CAPI Podcast #3 here:

To hell with good intentions.﻿

It sounds provocative. Harsh, even.

It sounds like something my Uncle Rambo would say (because he has a name like Rambo) after we have some sort of political debate in my grandmother’s kitchen in Hong Kong.

But it is the one thing I’ve been trying to undo and unravel in my life since coming to India: my goodwill, good intentions, great ideas, judgements, ego, what have you…

Ivan Illich wrote a compelling piece to American volunteers working in Cuernavaca, Mexico, back in 1968, presenting an offensive and thought-provoking argument about when the Global North, the “developed”, the privileged, the ones with “good intentions” reach out to the marginalized, poor and hungry, and underprivileged with our “helping hand”. To be frank, I think I was raised to believe I had the answers to the world’s problems (I took Carrie Underwood seriously when she sang, Jesus take the wheel).

“There exists the argument that some returned volunteers have gained insight into the damage they have done to others – and thus become more mature people. Yet it is less frequently stated that most of them are ridiculously proud of their “summer sacrifices.” Perhaps there is also something to the argument that young men should be promiscuous for awhile in order to find out that sexual love is most beautiful in a monogamous relationship. Or that the best way to leave LSD alone is to try it for awhile – or even that the best way of understanding that your help in the ghetto is neither needed nor wanted is to try, and fail. I do not agree with this argument. The damage which volunteers do willy-nilly is too high a price for the belated insight that they shouldn’t have been volunteers in the first place.” -Ivan Illich, in his 1968 address at the Conference on InterAmerican Student Projects (CIASP) in Cuernavaca, Mexico.

It has been 3.5 months of living and inhaling the Delhi heat… and as the heat is slowly lifting and the monsoon rains gently (sometimes violently) quenching our thirsts, ending the oppressive months of asphyxiating heat… I am being opened and humbled.

Before coming to India and before moving to Victoria, BC, I spent close to ten years living in remote communities in Canada where the winters were longer than summers, where the cold was as biting and ferocious as the Delhi heatwave, and where finding innovative resources that gave hope and strength to youth and their communities were as scarce as an “Indian Summer” in Canada.

The political climate of India is becoming more tense and divided. I have no idea what it feels like to grow up in this country. The youth are becoming stronger, older, more dominant, but do they have the right information? For International Youth Day, organized by our NGO at Oxford Bookstore, we invited youth and adult panelists to present their ideas on the role of youth in an emerging democracy. We ended the day with a poetry slam with poems written by youth on their identity.

I also participated and presented a poem I wrote. You can listen to it or read it here:

Growing up, I was told that India was a developing country, overpopulated, over-polluted, under-resourced, and a slew of negative stereotypes. Now, through various projects I am working on with PRIA and Youth-N-Democracy, Indian youth are showing me what it means to be the “largest democracy in the world” and the “largest and fastest growing population of youth” in the world. While there is visible poverty in this country and other political tensions that I will not delve into (e.g. the bifurcation of Kashmir and Jammu and Article 370 that happened on August 5th and the second running of the current Modi government). I have to admit that the youth and the “Global South” in general are moving quickly and making positive changes in their own way (see Hans Rosling’s TEDTalk about this).

The dialogue here is no longer about what the Global North and foreign aid can do to intervene (as the Indian government has also restricted acceptance of foreign aid and is becoming an “emerging donor country”). It is about seeing the strengths of a community, a people, a culture, and a country and perhaps participate, power-shift, partner, or sojourn (given that people want you to participate in the first place! Because #ConsentIsSexy).

(Canada, you’ve got work to do with your own people living on your front lawn and backyard. And we only have 32 million to work with. India’s got 1.3 billion and soon to be 1.4 billion sparks of life breathing, living, and surviving).

At the end of August, I travelled with a coworker to Deoghar, Jharkhand (northeast of India, west of Bangladesh), to support and train local teachers the KBC Sexual Health curriculum which is being delivered to local schools (which I helped develop as soon as I arrived at PRIA back in May). This project is part of Martha Farrell Foundation’s Kadam Badhate Chalo (KBC) Program.

Next week I will be travelling to Bhubaneswar, Odisha, to do the same with the local schools and educators there. I am looking forward to being humbled (again) and seeing how human relationships and sexuality is lived, perceived, and experienced differently in a different part of India.

I have also written a few pieces that have been posted by my host organization. Please feel free to peruse:

From Democracy to Democracy, From Canada to India

I will leave you with this question:

What is enabling change in your life and community, and what is getting in the way of it?

Find out what oppresses you and where your motives lie, and make a responsible, respectful, and relational impact (if that is what you seek).

Namaste! I am Olvie Li, currently working on my Master in Social Dimensions of Health at the University of Victoria. My research interests are focused on sexuality and the self-determination of Indigenous youth. I'm also a nurse on the side. I love food, languages, people, and my Boler trailer! Thanks for tagging along with me to New Delhi, India, with the Society for Participatory Research in Asia (PRIA). Let's see where this adventure takes us:)