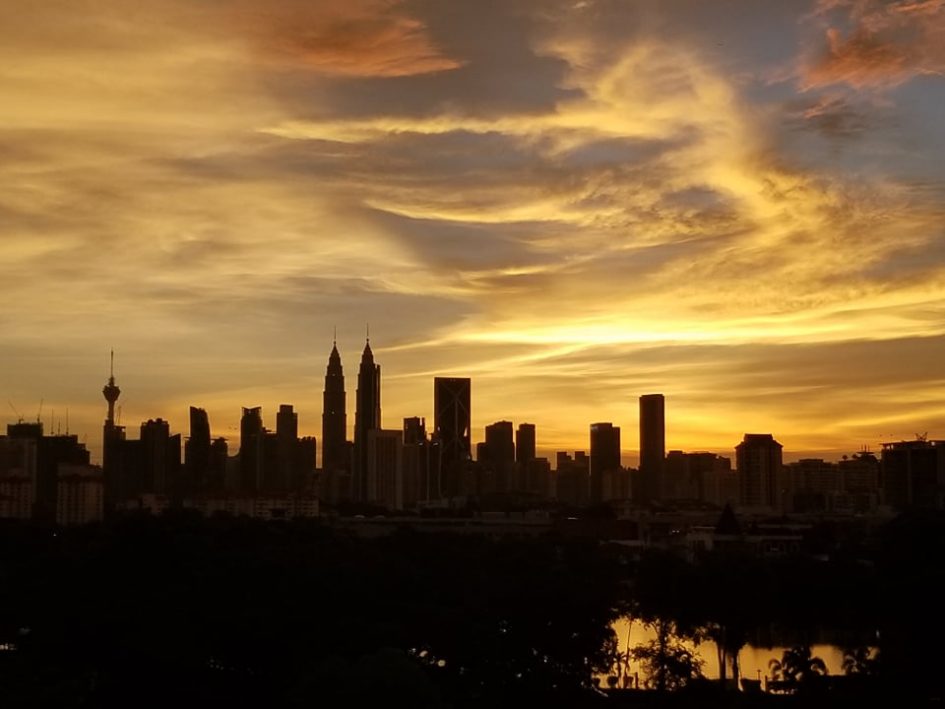 It is estimated that by 2050 there will be about 140 million climate migrants. As the average temperature increases and the sea levels rise, coastal cities and communities will no longer be liveable and the frequency and intensity of drought will increase. When livelihoods are destroyed leaving individuals and families left with no other choice but to move to a new (and likely crowded) city, the likelihood of conflict increases. This is just one of the many challenges that will follow increasing global temperatures.

The challenges following a change in our climate is not just a problem for the next generation to deal with. Climate migration is already happening. According to UNHCR, “an average of 22.5 million people have been displaced by climate or weather-related events since 2008.” Just 10 days ago, a news article was released by UNHCR warning that climate-related displacement in Somalia is on the rise.49,000 people have already fled their home because of severe drought.

In general, there are about 68.5 million people who have fled their homes because they are no longer safe. While this is an undeniably large number, it is small in comparison to how many more people may become forced to flee their homes in the coming decades.

Out of the 68.5 forcibly displaced people, 85% are in developing countries. The host countries have to deal with political, social and economic impacts brought on by the arrival of those who are searching for safety, but the countries presently hosting refugees and asylum seekers are the least equipped to do so. The so called “developed” countries, such as my home country Canada, have more wealth and resources to cope, yet just enough refugees and asylum seekers are resettled to make it appear that we are making a difference. In Canada, I often hear remarks about how we Canadians (generally white, european settlers) are losing “our” country. Turkey hosts 3.5 million refugees. What about Canada? We can all remember Trudeau’s controversial goal to resettle 25,000 Syrian refugees. In comparison to Turkey, that number looks pretty small, doesn’t it?

According to UNHCR, “The 1951 Refugee Convention… defines the term ‘refugee’ and outlines the rights of the displaced, as well as the legal obligations of States to protect them.” Malaysia is not a signatory to the 1951 Refugee Convention. Consequentially, refugees in Malaysia are unable to work and are unable to access education. Despite this, there are about 170,460 refugees and asylum-seekers registered with UNHCR in Malaysia.

Thanks to the Queen Elizabeth Scholarship program and CAPI at the University of Victoria in Canada, I have been given the opportunity to intern at an amazing NGO in Kuala Lumpur, Malaysia called the Malaysian Social Research Institute (MSRI). MSRI, among other NGOs throughout Malaysia, offers services to refugees living in Kuala Lumpur. About 80% of refugees and asylum seekers in Malaysia are from Myanmar, so MSRI offers services to the minority refugee and asylum seeker populations (for example, individuals and families from Yemen, Syria, Somalia, Palestine, and Afghanistan). As an organization, MSRI offers various services such as education, health care, and social services. I encourage you to take a look at their website to learn more.

For my internship, I have primarily been helping out with the education program. There are over 380 students enrolled in the school, and there are many more parents eagerly waiting for their children to be accepted to the school. Unfortunately, as an NGO funding is insecure and hard to come by. In my short time at MSRI, I have seen the difference that this organization has on the wellbeing of individuals and families. The dedicated and hard-working staff have so many dreams and ideas to help improve the facilities and expand the scope of the organization, but funding holds them back significantly.

The unstable situation of such an important NGO (and likely many, many others like MSRI) is alarming considering the current state of the planet. With the number of refugees and asylum seekers likely to only increase, organizations such as MSRI will be in even higher demand. I hope that in the future, the world can come together to effectively respond to these truly global issues. The worlds resources are severely disproportionately allocated, and until this changes these crises will only become harder to respond to.

Sustainability Initiatives in the Community

Back in Canada, I was part of a Facebook group called “Zero Waste Victoria”. I was interested to see if a similar group would exist for Kuala Lumpur. I discovered a Facebook group called “Zero Waste Malaysia” containing a whopping 26,000 members! As I was scrolling through the posts hoping to find some shops that would be easily accessible for me, I stumbled upon this incredible map.

Every single tag identified on this map has a detailed description of what is offered. In my little community there are some amazing gems that I am excited to support while living here in Kuala Lumpur.

While exploring the city, I have noticed countless advertisements advocating for the reduction of waste and plastic pollution. For instance, an electronic advertisement projected on the wall of a high rise building had an image of a plastic straw being cut with a pair of scissors. Selina, Hayley and I found an amazing restaurant serving vegetarian food from environmentally sustainable sources attached to a temple. Not only did they have food, but they also had various educational posters attached to the wall discussing the environment and sustainability in the community.

I recognize that avoiding plastic bags, straws and water bottles may prove insufficient in a world overtaken by plastic, waste and pollution. However, I think it is important to celebrate the small steps. If these small steps caught on to every individual in the whole entire world, they could no longer be deemed “small” could they? The idea of cutting down on individual plastic waste has become wide-spread globally, and it gives me hope for the future (even though it often looks bleak).

Hi there, my name is Tracy Hampton! I just finished my third year of Sociology and Political Science at the University of Victoria. Thanks to CAPI and the QES, I have been given an amazing opportunity to work and learn at the Malaysian Social Research Institute as an Intern in Kuala Lumpur. I am so excited and grateful, and I hope you enjoy reading my blog as I work through my thoughts, questions, and reflections relating to my experience in Malaysia.