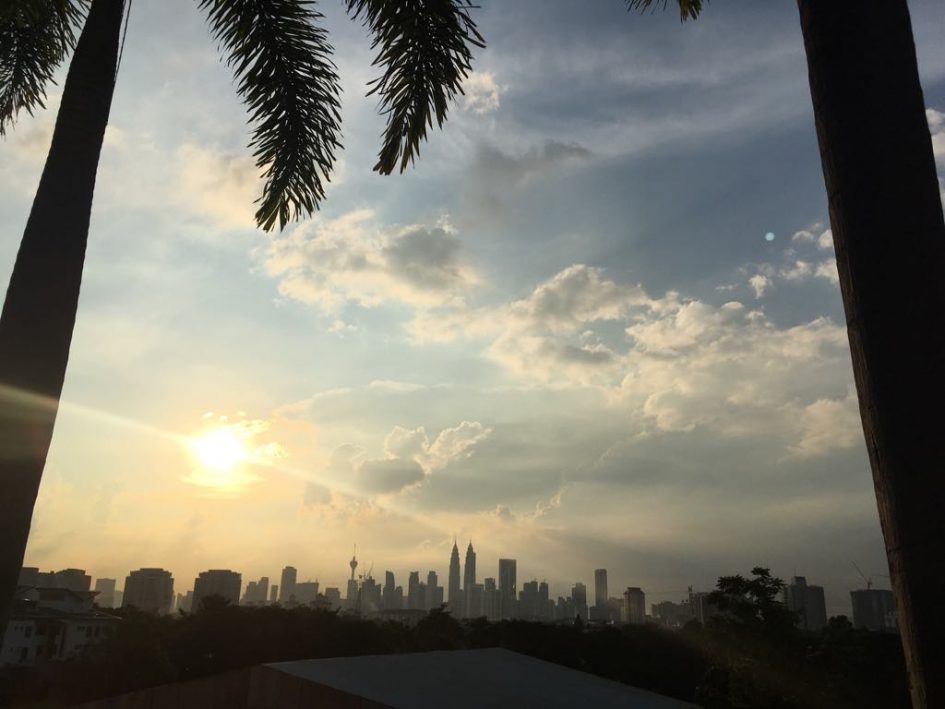 One of the most influential conversations of my internship happened about a month after I arrived. One of the staff members at the school asked me about my reasons for applying and taking this internship and in response to my half-formulated answer he spoke to me, saying: “Maybe you came here with the idea that we all originally come here with, the idea that you are here to help the people in the world who need it the most. To help people who have been tragically abused and denied the life they deserve. To come to a place where you can really do some good in the world.” He looked at me and then told me that some of the families came to Malaysia because they saw it as the easiest way to make their futures better with the least amount of effort. He told me that many of the families here saw this as a gamble to improve their life and they took it. I was sort of in shock hearing this. It sounded harsh in all honesty and he must have seen my face and understood I needed time to digest this because he then got up and returned to the melee of kids.
I do not pretend to understand one way or another the various, complicated reasons that would inspire the people here to leave their homes. I do not know all the complexities that each family had to the face and cannot pass judgment on them. To me the heart of the matter was not his beliefs about the reasons the families came to Malaysia. To me the deeper importance was watching him return to his work at the school with the same care he had before the conversation with me. He got up after telling me his own frustrations and returned to the students with the same care and love that I had witnessed in the last few weeks of seeing him work. Nothing in his demeanor towards the kids changed. There was nothing to hint at his misgivings. He was there with the same support for every single child in that school no matter how or why they had got there. Even with the weight of his invisible thoughts on him, I saw him go about his work with the students with the same dedication. There was nothing in his attitude with the students to tell me which kids came from the families who had “gambled,” as he’d said, and those from families who had fled the worst this world has to offer.
Over my time at MSRI I have witnessed many people trying to help the organization, from wealthy international schools to lone individuals (donating hundreds of useless items they don’t have the heart to throw out) to university professors to a young Canadian/American university intern. Watching all these different groups, organizations, and individuals, including myself, try to be of support has given me an appreciation for the complications of “trying to help.” I have seen well-intentioned high school class projects, university assignments, and donations become more work than they are worth and even end up being detrimental, sometimes incredibly so, to the same students they are, in fact, trying to help. Well-meaning ideas that have not been thought through because someone has a fixed notion of what they believe will help; an idea that they are attached to seeing carried through. Well-meaning ideas that have not been understood within the context of who they are trying to support have lead to some of the most uncomfortable, surreal and damaging impacts for the people whom they are trying to help.
I think one of the problems comes from wanting to get something back from giving. Wanting to donate beautiful stationary and notebooks is incredibly well intentioned and our school is also stocked full of those things, which I realize not every school is, and doing enough research to know that what is actually needed is industrial quality doorknobs, brooms and new doors for the bathrooms is, I believe, the essence of truly being of service. Not being so attached to our own ideas of what we think is needed. So seeing, in that moment and in the months to come, just how patiently that staff member returned to working with the kids and how seriously he took their well being while at the same time holding his doubts was an example to me of what service to others looks like. Seeing him carry on giving even when he had misgivings about how this help was being received allowed me to truly see what service is. It put into perspective how giving without attaching your own desires of what you want to give and how you want it to be received is the most supportive and helpful thing you can do.
I do not pretend to know that the work I have done in this school has been better than any of the arduous “help” that I have witnessed and described. More so I think that having witnessed this over and over again I have been able to critique my own “helping disasters.” I have been able to look at my work here with more of a critical eye as to how my ideas of what I want to happen can sometimes be more of a hindrance than a help. I have become familiar with this firstly because I too can be like this and secondly because I have gotten to see what the repercussions of this can be like for organizations and individuals.
For me, learning what it is like to actually ‘be of service’ has been about trying to let go of the glamour of my own ideas and listen to those who already know what they need. To let go of my ideas and listen to the people who actually know what they want. I don’t know if it comes naturally to any of us.