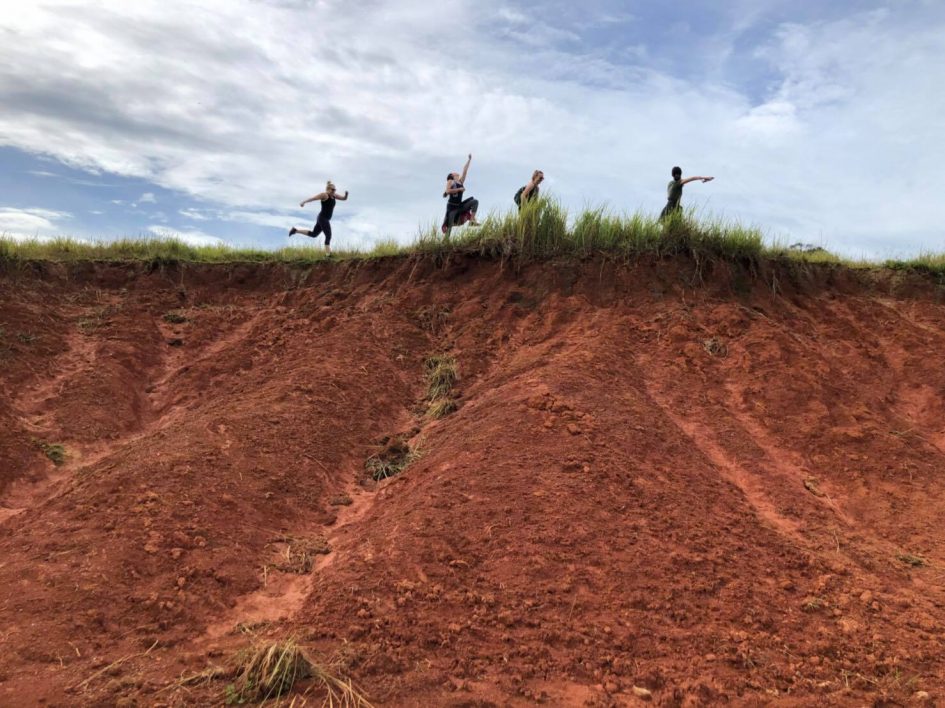 On a recent trip to Khao Yai National Park with some friends, I was reminded about the importance and significance of everyday connections and interactions. I often find myself taking pictures of the scenery or forgetting to take pictures at all and consequently forget how special the little moments of life are. I am a strong believer that you should be able to enjoy hanging out with yourself, however, the people you are surrounded by undoubtedly play a huge role in your perception of a place. 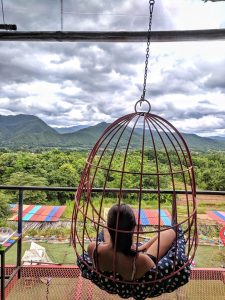 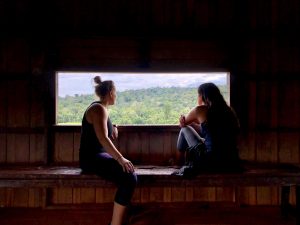 I often find it awkward to ask people if I can take their picture and never want anyone to feel obligated to say yes, which has resulted in me avoiding the situation completely. However, since it would be impossible to tell my own experience without mentioning people, I have started attempting to be better at documenting people (with their consent of course).

It is interesting to look back at when I first moved to Bangkok, and how nervous I was about being alone in such a huge city. I have always been fortunate to have incredible people in my life and I was intimidated to be placed in a megacity where I knew no one. Turns out the experience was incredible. Besides having the time to work on myself and develop a clearer sense of who I want to be in this world, I have also gotten to experience incredible interactions and meet some of the coolest people.

Liminal experience: that intense, suspended moment between yesterday and tomorrow, between childhood and adulthood, between being a nobody and a somebody, when everything is in question, and anything is possible 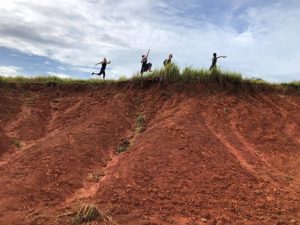 I have met such incredible ladies from all corners of the world. The diverse group of girls I have become friends with in Bangkok all have completely different life stories; however, there is such a strong sense of support and encouragement. Never have I felt such genuine encouragement to be exactly who I am and to act on my values rather resorting to jealousy or comparison. There is so little judgement and a general acceptance that everyone knows what is best for them right now and should act upon it. Everyone I have met on this journey has such unique stories and endless wisdom to share.

This past month has been filled with so many adventures. October in Thailand has two national holidays allowing me to explore some Southern islands as well as make a necessary visa run to Siem Reap. Thailand’s islands definitely lived up to the picturesque photos and after escaping the overwhelming island Koh Phi Phi, I found myself following new friends to the tranquil island of Koh Lanta. Still being rainy season and therefore avoiding most tourists, I instantly fell in love with the Thai-Malay culture mix and the giggly girls that ran the hostel. The island hosts a rescue shelter where abused dogs and cats are treated and cared for by a rotating team of volunteers. It also hosts some of the friendliest people I have ever met and I found myself bursting out laughing and filled with joy at every interaction.

The following weekend I was awake at 4:30am to catch a local train (for less than $2) to Aranyaprathet, a small town on the Cambodian border. Five hours on a train, a tuk tuk ride, three hours in a taxi, and so much sweat later, I found myself with two new friends (who shared the taxi) in the incredible city of Siem Reap. Between watching the sunrise over Angkor Wat, eating incredible Amok (curry), and indulging in $1 fresh fruit juice, I realized Siem Reap has part of my heart.

However, it was after a couple nights in hostels with questionable bathrooms that I realized I truly consider my little apartment in Bangkok ‘home’. My life here, going to work, my colleagues, my friends, my routine, is so normal now that I tend to forget that I have to leave next month. 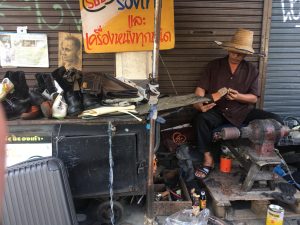 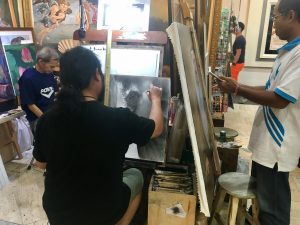 Bangkok itself remains indescribable for me. There is so much talent and craft skills on every corner that it can be easy to overlook. Bangkok has everything you could ever dream of looking for and is an incredible combination of paradoxes. I came across a poem the other day that read:

It is beautiful and ugly.

It is kind and it is mean.

It is authentic and it is fake.

It is neither historic nor modern.

It is Buddhist, and it is full of sin.

It struggles to maintain its own identity while trying to please others.

Apart from all the amazing people who live here, there are also so many people who have packed their bags and are out exploring the world for varying amounts of time. I have met a German guy who had lived in a houseboat off New Zealand for a couple years, had late night noodles on the curb of a bustling flower market after a meditation class with a girl from the Netherlands, and been pulled into receiving a blessing at a sacred site in Kathmandu with a fellow Canadian who has no plans on returning home in the foreseeable future. 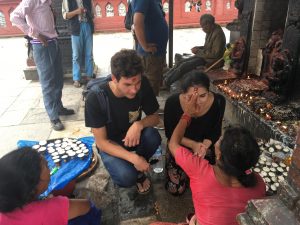 Through it all I have realized that it is the little things and interactions that I will truly miss the most. Saying ‘sawadee ka’ every morning to the guard I pass on the way to the bus stop, the fact that when the elevator up to the office opens you never know if people will come out or if dogs (completely on their own) will run out to the little garden in front, and how little things people say can completely alter my entire perspective.

As the huge sign which lines the train line in front of the most high-end mall I have ever been in reads: Bangkok – The City of Life.

I could not agree more.