Mikaela Chia – Blog 3: From Here to There and Here Again: Contrasts, Intersections, and Gol Guppa 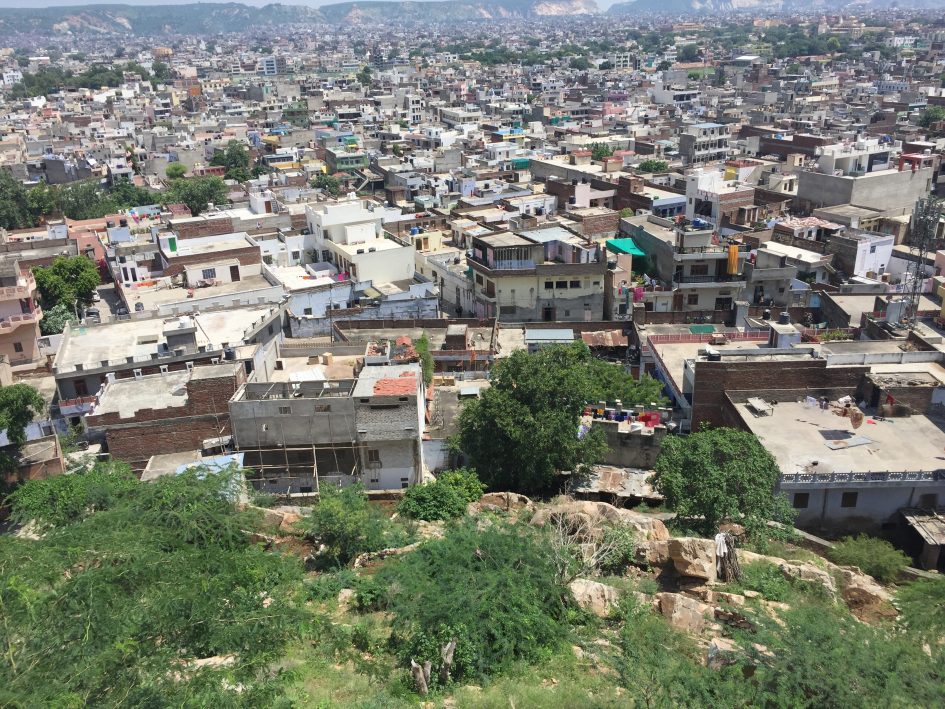 It has been 4 months since I moved from the quaint city of Victoria and 1.5 months since I moved from the hectic and centrally accessible South Delhi life to one in the peaceful, beautiful, and simple, yet complicated villages of the Govindgarh block in rural Rajasthan. Still, there remains a sense of simultaneous adventure and normality. It’s life. It’s full of contrasts and feelings in extremes, eventually adding up to find to middle ground. 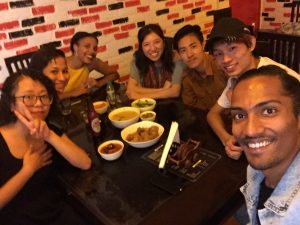 As I said before, for my first 2.5 months in India, I was living in New Delhi. Somehow, this city quickly became familiar to me (as impossible as that seems- I know I have only scratched the surface of this diverse city). I was lucky enough to find a really incredible community of people there who welcomed me in so warmly and helped bring Delhi to life (even more than it already was).Apart from some of the new noises and temperatures and work environments, life felt somewhat similar to how it did back home- just on a much larger, louder, more populated, and more landlocked scale. Delhi, from my position, offered me fairly free access to independence. Ubers (okay- this was new to a BC dweller) taking you anywhere you want to go with the click of a screen, jazz clubs, museums, food-on the street or a café of choice, coffee shops, malls, fruit markets and bookstores. I worked in the library of head office, based in a 4-story building where nearly all of my colleagues spoke the same language as me. My research process consisted of attempting to contextualize through documents, meetings, and journal articles. While the sensory inputs were at times at a maximum (for example in the middle of old Delhi) and the people surrounding me weren’t those who I had spent the last four years with, the process of my independent life there reminded me much of my student life back in Victoria. I was responsible for my own food choices, transportation, schedule; I managed to find a “home” there in the people, the activities, and the freedom. I felt simultaneously small and big all at once; my identity here was as an individual.

Fast-forward to July 30th, and enter into rural Govindgarh, to the field office I had been studying so much about but could have never imagined just like this. Walk down the street, past the goats, the children, the chai stalls, and the snack stores and into a family’s home (my new home) just two doors down from my supervisor’s, one door down from my supervisor’s sister’s home, and around the corner from some cousins. 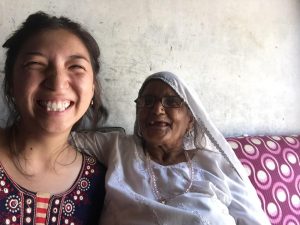 Within hours, I have a new Aunty, Uncle, Bhaiya, became a Didi, and roommates with 2 other students. Within only days, these titles start to feel very true. I wake to the sound of Buckley the Bakari (goat), ginger being pounded for morning chai, and ringing bells from the colony temple. I walk 3 minutes to work and am greeted by the neighbours and all the little cousin brothers and sisters. When I get to work, I set my things down, hop on the back of a motorcycle or “scooti”, don’t ask questions, and trust that I am going somewhere exciting.

Fresh air. Every-other-day celebrations. DJ cars driving and stopping for 2 hours so that the town may congregate and dance behind it. Come home to 20 of the family’s closest friends have a quick peruse through my journal. 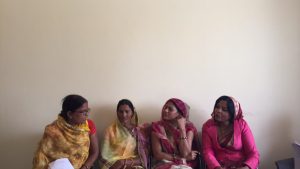 Here, my work (which I will talk about in an upcoming blog) looks vastly different. I learn through interacting, building relationships, living with and learning from and with people. The PEOPLE behind the figures and numbers and statements come alive, and I am awakened by the realities, complexities and stories hidden between each graph and phrase.

While in Delhi I was still undeniably an outsider coming in to a new place, it was fairly easy to blend in there- whether by the fact that people said I often “resembled someone from the North East”, or more likely, by the sheer number of people alone. Living in the city, it was even possible to even feel like you could sit back and watch the world go by and no one would even bat an eye. Here in Govindgarh, it’s a little different. The other day I went for an evening walk, and my co-worker, who lives in the opposite direction, asked me how it was… A friend of a friend called and told him the “Angreji” was out (he even knew my name).

Life here is simultaneously “simple” and incredibly complex. It is vastly different and familiar all at once. Complex realities here are very, well, complex, and there are many layers of structures that I am only beginning to understand from my positionality through the stories I have the privilege of hearing. When asked what it’s like, I tend to stray from anything concrete, because I know I only hold one view of a place from my own experience and my own position. I struggle with descriptions or posting photos (especially of people…) and ponder through the potential, very real, danger of a single story- and how even with our awareness of it, subconsciously, we still tend to overgeneralize people, places, and cultures from a single point of view of a single person’s story. That said, rural Rajasthan, from my perspective, is more “traditional” in many senses of the term. Dances and celebrations, devoutly faithful practices, patriarchy and stigma, isolation yet, community. It often has me playing ping pong in my mind: debating, critically reflecting, never answering, …(a familiar theme).

What does it mean to be given the ceramic mug in the meeting when everyone else gets the paper cup? What are the ethical complications and what is the place of me, a foreign, “tora-tora”-broken-(non)Hindi speaking undergraduate student having the privilege of hearing personal stories through independent research? What does it mean to be a woman here? How does the place where you come from dictate how people see and form opinions of you – the way you “should look”, where you “should be from”, how does this perceived dissonance control how you feel about your own identity? The list goes on…

But, joyful simplicities are also woven into each day’s timeline. In the fields of yellow flowers that line each village road. In the laughter shared when neither I, nor my Govindgarh family, have any idea what the other is saying- our hands frantically waving and Google translate really botching up the translation. In the copious consumption of chai at each visited home or meeting of the day. In sitting on the roof with the two sisters in my home and learning new songs, more English, or more Hindi/Marwari together. In the routine conversations between myself and all the neighbours and in the way that my supervisor’s mother always responds to my “Namaste Ji” with a “Namaste Beta” and a loving touch to the back of my head… 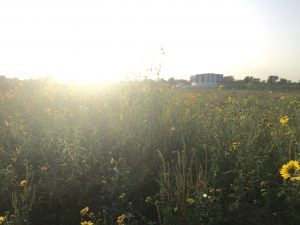 While I was fortunate enough to have a community in Delhi, practicing my familiar independent lifestyle was all too easy. While collectivism was embedded into the way I grew up (being from a south-east Asian background), being here, in Govindgarh, I am met face to face everyday with the beauty and complexities of living in a collectivist culture. Questions of my identity are no longer found in “what I want to do” or “why I chose to be here”, but rather “whose home are you living in” and “how many members of your family are there?”.

Trust, dependence, vulnerability, strength: When “Faking it till you make it” doesn’t always transfer well to language barriers

Being in Govindgarh, the independent freedom I once held is no longer as easily accessible to me (but I wouldn’t change that). As someone who loves people deeply but also recharges in “alone” time, I’ve had to adapt to finding new spaces for reflection- shared or…shared. Here, I’ve practiced going on walks outside of the colony only in pairs. I eat what is put on the table and when on my period, I must rely on others for serving meals, as I’m not allowed in the kitchen. I rely on others frantic hand-movements or laughter when it fails, and remain thankful for the patience that comes with the latter. Here, I am touched and humbled when people openly share their personal stories with me and I depend on people’s willingness to try and understand my broken Hindi when I could much more easily be left isolated. Here, I have to accept that when Aunty “feels tension” and all I can do is hug her that it can be enough.

Here I am taught to rely, to ask, to be vulnerable, and rather than a weakness in this, find strength- realizing that it doesn’t mean that one is less, but rather, together, we are more- we are better. 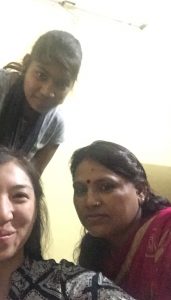 Here, it sometimes really does look like the quintessential summer camp photo of braiding each other’s hair on the bed when someone’s sick, or singing together while doing chores.

It is learning to lean on people and allowing them to lean on you (sometimes literally). It is realizing that sometimes, even in our silence (intentioned or not based on language barriers), we can say more than we ever could with words.

Every evening, myself and my supervisor and friend Seema go for a walk and a “patasi (or gol guppa) party”. We walk around, eat some more food, and talk about the day a little, or sometimes, we don’t speak at all. While our language barriers are actively narrowing, after a long day, sometimes we just like to walk and enjoy the one-of-a-kind sunsets or early night stars. It struck me how while silence can often seem awkward and distant, it’s vulnerable. But as I walk down the street, I realize it has put on an entirely new outfit: close, intimate, near, saying nothing and exactly enough all at once.

Somehow, within all these layers of contrasts I’ve been lucky enough to find a home in two starkly different places. Both are teaching me new and incredible things, about life, people, and myself. I am in awe of people’s strength and faith in one another and I am confronted with a new revelation: perhaps its not city versus village, independence versus dependence, strength versus vulnerability, comfort versus discomfort, thriving versus surviving, but it’s the intersections (or rather the “and”s) between the two. It’s the non-mutually exclusive nature of them all and the realization that while recognizing differences and celebrating our unique backgrounds is essential, perhaps sometimes it’s okay to also sit in the middle of the Venn diagrams. Perhaps these similarities are the things that allow us to become a little more “free”- a little more human. 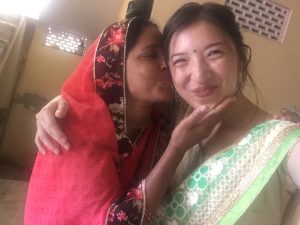 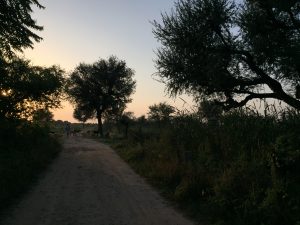 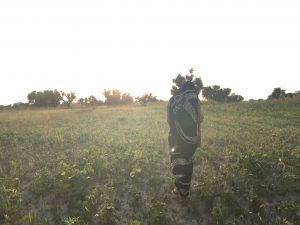 My supervisor & friend, Seema, amidst the daal 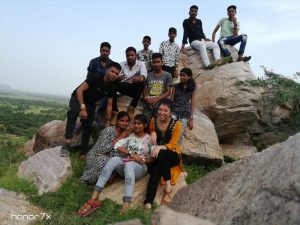 A hike with just a few of the cousins

Please note: all photos of people were taken with consent, and while I am often hesitant to post photos of people due to the stories that photos can, or can not tell, I don’t think I could speak about my experiences with Govindgarh without talking about people- they are central to everything about the things I have had the privilege of learning here.

Hello!
I'm Mikaela, a 4th year Biology & Psychology student, minoring in Statistics at the University of Victoria. I have a keen interest in Social Justice and allyship. I feel so grateful to be a part of the CAPI CB & QE Scholar Program where I have the opportunity to work and learn with PRIA in India. Warmest welcomes & thank you for journeying alongside with me through this blog.