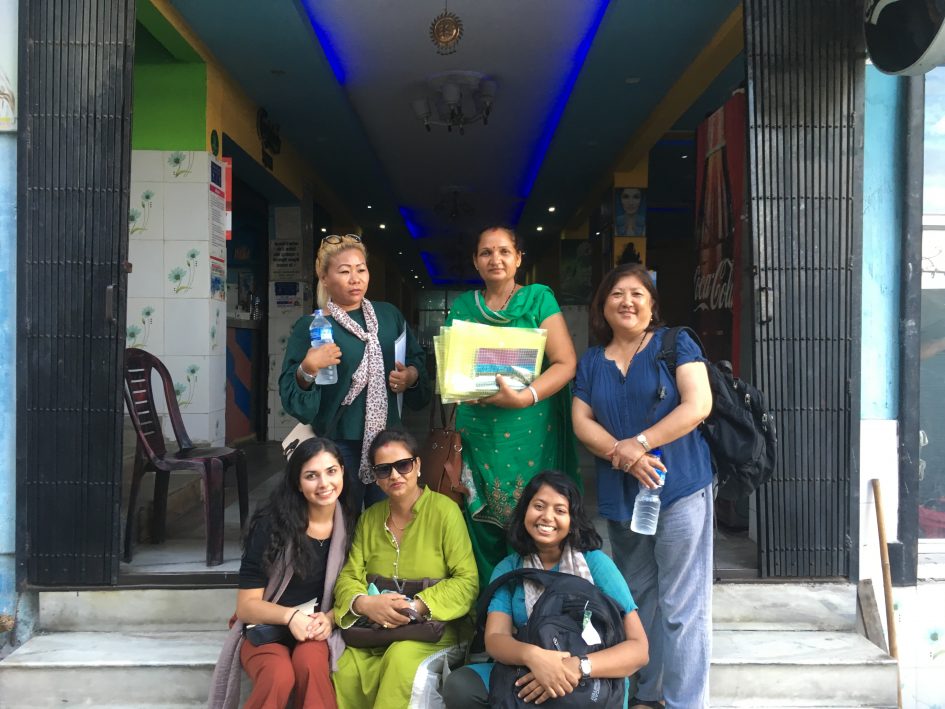 Having returned from their own migration journey, three of these women are now conducting interviews on other returnee migrant women workers.

In August I had the amazing opportunity to accompany one of my colleagues on a support trip to visit the NGO AMKAS in Nepal as part of ongoing research which focuses on centring the voices of migrant women workers. 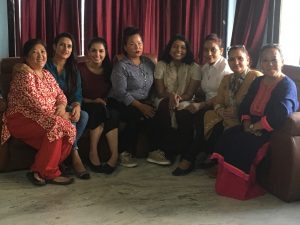 GAATW’s project ‘Power in Migration and Work: Learning from the experiences of women migrant workers’ focuses on 9 countries, with local organizations from both origin and destination countries. The project utilizes Feminist Participatory Action Research (FPAR) methodology which requires a shift in power, attention to detail, and genuine adaptations to each specific context in which the research is taking place. FPAR centres on women’s lived experiences while acknowledging and respecting the diversity between them. It focuses on inclusivity, participation, and collaboration. This requires a critical examination of the differences in discrimination experienced by women globally, as a result of context, race, class, and all other factors that influence one’s identity. In this methodology participants help shape, conduct, and analyse the research as opposed to research where women are simply respondents and knowledge is solely extracted from them. This emphasis on participation requires trust building, communication, and respect. The most important part of FPAR is that it allows the ‘researched’ to play a leading role in the research process.

The partner organization conducting the research in Nepal is AMKAS , which is an NGO for, by, and of returnee women migrant workers. They aim to support a safe migration process, reduce migrant women workers’ vulnerability to trafficking, as well as increase returnee women’ access to shelter, health services, legal services, and psychosocial counseling. They work at local and national levels to promote policy change as well as providing direct services to returnee women. Although they are based in Kathmandu, they conducted their field research for the Power in Migration project in the Jhapa district in the south-east region of Nepal which borders India. Due to the Nepali government’s restrictions on the migration of female domestic workers to various Gulf Countries, many women cross the open border to India to begin their migration journey; this makes Jhapa an ideal location to meet with women migrant workers, for both individual interviews and focus group discussions. 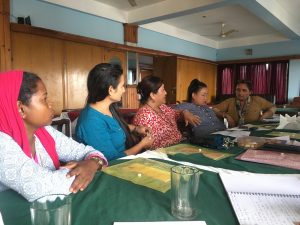 We joined AMKAS for their two focus group discussions (FGDs) which were organized with returnee migrant workers and family members of migrant workers who had all partaken in individual interviews earlier that week. The first FGD focused primarily on fair and safe migration while the second FGD focused on gender-based violence. The majority of the participants were returning migrants who had worked in various Gulf countries for domestic work.

Numerous stories came up in the FGDs. The women noted that the two main reasons for migrating for work were to distance themselves from violence and the lack of economic opportunities in Nepal. Violence in their lives ranged from physical abuse, to dowry related threats, and community stigma due to being a divorcee (as a result of domestic violence). There was also reports of violence in the transit process through abuse from recruitment agents/agencies and discriminatory questioning from immigration officials. Nevertheless, recruitment agencies were reportedly very helpful in destination countries where many women relied on them to assist with switching employers.

Despite common reports of abuses emerging from the kafala system (the sponsorship program which governs temporary labour migration to most Gulf countries) the women in the FGDs had fewer complaints about the working conditions in destination countries compared to complaints about their situations in Nepal. 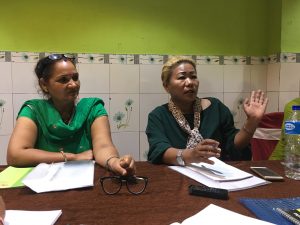 Most migrant domestic workers enter destination countries on a short-term visit visa. If they were provided false information about the host family or if they were facing inadequate working conditions, they were able to utilize the recruitment agencies to switch work placements within the first three months (they had three months on the visit visa before they had to switch to a working visa which, under the kafala system, ties them to one employer for the duration of the contract). Several women reported that they switched houses multiple times before choosing to remain in a household. It was also evident that women who had migrated multiple times faced fewer problems in destination countries due to their increased confidence and knowledge of local languages and laws. They shared how how they stood up to abusive employers and managed to negotiate better working conditions with them. 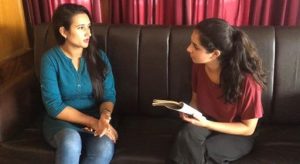 Many women expressed that they were unable to fully reintegrate into society upon their return to Nepal. Although community perceptions of migration for labour have shifted in the past decade to becoming more accepting, there is still stigma and a common misperception that women who migrated to Gulf countries were involved in sex work. One woman shared how returning with money caused her community to view her as a “celebrity”; however she faced stigma for the way she chose to present herself (i.e. wearing makeup or dressing up) and if she stood up for herself (as her migration experience had given her confidence to be more independent). The research thus far seems to indicate that returning with their savings may lead to reduced domestic violence in Indigenous and lower class households, but it does not alter rates of domestic violence in middle-class households. Nevertheless, regardless of the ongoing presence of domestic violence, returning women migrant workers tend to have increased self-confidence and greater autonomy.

AMKAS’ full research findings, as well as the findings from the other countries involved in this project, will be released by GAATW in early 2019! 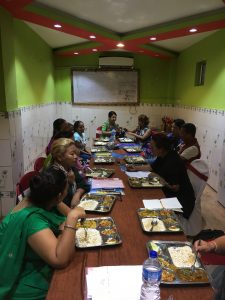 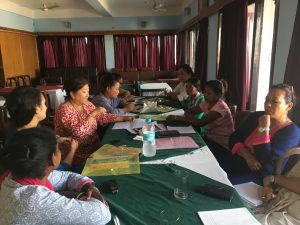 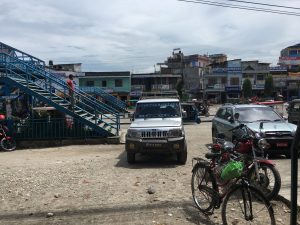