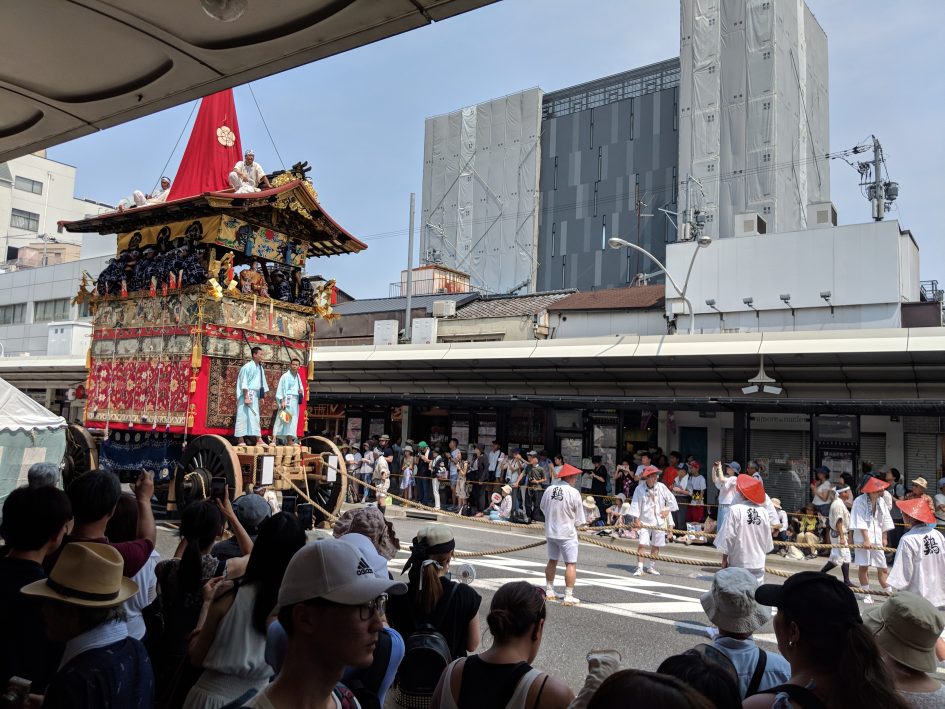 In the first couple weeks of my placement, I was struck by, and honestly disappointed with, my utter lack of what is generally referred to as ‘culture shock.’  Maybe it was because Japan is much more westernized than the rest of Asia.  Maybe it was because I work in Minato Mirai, a major conference destination that is so completely internationalized that I could easily mistake it for downtown Vancouver.  Maybe it was because the CAPI pre-departure training had put me in an ideal mental state for inter-cultural encounters.  Maybe it was because my own social and cultural sensitivities were blunt and disused enough that no amount of difference could have shocked me anyway.

Whatever may have been the case, I felt little to no culture shock at first, and it never really hit me.  However, something like it has been creeping up on me in the last couple weeks.  It started off as something like an unconscious awareness of the cultural divide, but it has now become very conscious.  It’s a perception of the seemingly impassable gulf that separates me and everyone else I see around me.  It’s the impossibility of the kind of relatively complete understanding that I have with everyone I meet back home.  Sometimes I feel like I live in a scuba diver’s outfit, breathing Victoria air from a tank, while everyone outside breathes freely in the outdoor air.  We might be able to communicate through hand gestures and a set amount of simple phrases, but we’re both breathing different air.  It’s an almost physical sensation.

There’s no real hugely noticeable differences in behaviour.  There’s no discrimination or rudeness towards me.  Everyone here is very polite (though not as ubiquitously so as stereotypical Japanese politeness that is typically talked about back home).  But I’m white, and I don’t speak Japanese anywhere near fluently.  And that’s enough to be the odd one out in every single restaurant, in every single train, and on every street I walk down.  It’s enough to  preclude friendship.  My coworkers, of course, are great, but I don’t see them outside of work.  There is one guy living here who I actually know from Victoria, but he lives almost 2 hours away, so I don’t see him that much.  To say the least, it was very appreciated when one of my closest friends from home came to visit me for a week.

Is it possible for me to bridge this divide, to no longer feel like an outsider everywhere I go, in the time I have left here?  Definitely not.  A more interesting question is, “Would it be possible for me to bridge this divide if I lived in Japan for the rest of my life?”  I’m not too sure what the answer is to this.  At the moment, I’m leaning towards a “no.”  Becoming Japanese is not like becoming Canadian.  Being a Canadian seems to be a much simpler thing.  There is, for sure, a unique Canadian culture that can be learned.  You can learn to speak English, drink too much beer every July 1st, say sorry a lot,  enjoy BBQ, and take in a couple hockey games.  That doesn’t seem that hard.  Becoming Japanese is another ballgame entirely.  It is ethnic.  Canadian identity is basically independent of ethnicity (expect perhaps in the complex topic of Aboriginal identity).  Where Canadianism can be converted to just like Christianity (or a cult), Japanese culture is more like Judaism (or even closer to the point, like Shinto).  There’s blood involved, and history.  And Japan is still one of the most ethnically homogenous countries on the planet.  There’s a huge level of experience in common between everyone who grows up: they all know the same shows, same transit, same styles of parks and street and houses.  Its far different back home: we have so much more variety, so relatively little in common.  The barrier for entry is much lower.

So, seeing as the barrier for actually understanding the people around me is very high, what’s left for me in terms of cultural relations?  I think the mindset should be something like the following: “I am a tourist.  Even if I am living here, I’m not a member of this society and I won’t ever be.  I can try my best to examine Japanese traditions from the inside out, but ultimately it will be impossible.  The only viewpoint I have is my own, the only way to see Japan, for me, is as a visiting Canadian.  And since Japan-objectively is out of my grasp, I should enjoy Japan-from-my-perspective, content knowing that Japan has never been seen that way before, and never will again.  I should accept my solitude and isolation as a necessary condition and as a crucial part of what makes this an experience worth having.”