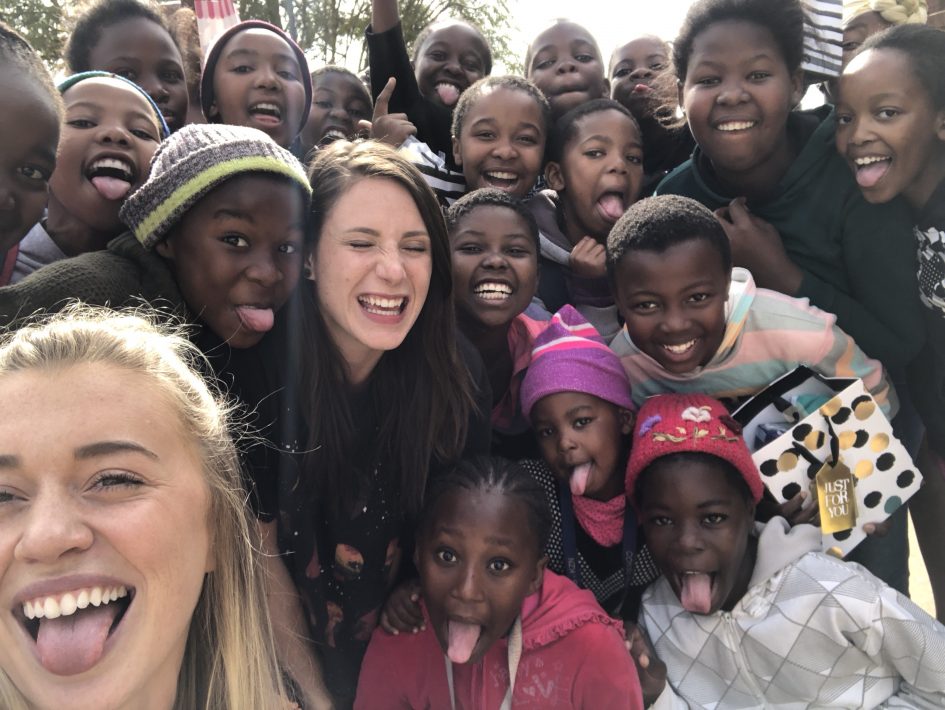 Some of the smiling faces I am lucky enough to be surrounded by each day.

When I was in Grade 12, I remember making the “tough” decision to take First Nations 12 instead of Calculus 12. At the time, my Dad did not agree with this decision as he thought that calculus would challenge me and better prepare me for university and a successful future; However, I did not a desire a career path where high level math was necessary, but I did desire a career in the human services field, which would require me to learn about social issues such as Canada’s oppressive history of Indigenous people. So, I chose to take First Nations.

I tell this story because I have realized that throughout my education certain careers have been painted the colors of success. Doctors, Engineers, Lawyers, Businessmen… these are all paths that are well respected and known to give people very comfortable lives. Child and Youth Care does not quite fit into that picture. It is not a well-known career and it is definitely not a career to choose if one is hoping to make millions. I am still young and have much to experience in this field, but so far, I have found that this is a career that replaces money with meaning, and my experience here in South Africa can speak tremendously to that.

I have been living on South African soil for two and half months now and I have been fortunate enough to travel roads that have led me to the coast of Kwa-Zulu Natal, winding and climbing to the rugged Drakensberg mountains. The views have been absolutely stunning, but nothing has fulfilled me the way that my work with Ukulapha has.

This fulfilment that I find in my work at Slangspruit Primary School is not easy, I can promise you that. Like all of us, I experience days that are emotionally draining followed by days that fill me with joy; However, these feelings seem to parallel the paradox represented in this culture which has contributed to the meaning of this experience. Joy is felt through the positive energy that many of these children exert. Dancing and singing are one of the dominant ways this energy shines through. Behind this abundance of energy, these children carry stories that represent the hardships of living in a township where poverty is the norm. Witnessing such a paradox can be hard to comprehend but the best way I can make sense of it all is by acknowledging the strength that is so evident in the people I am working with.

When I think about what I find meaningful in this work, I know that it’s the connections I have made and the perspective I have gained from my personal relationships. I have met children that have deeply impacted me and I have learned from their stories. Stories that exemplify this contrasting view of joy and hardship. Below I have written about three children I have connected with and whose stories I believe are important to share. 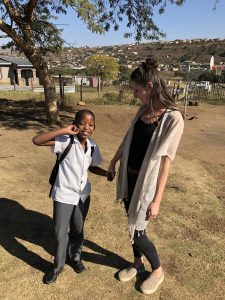 The first is a boy named Spongakonke.  He’s in fifth-grade and is a curious, persistent, sweet, and positive individual. He differs from many of the boys at school because he would rather skip than play soccer at break time. This is not typical as the children have attitudes of ‘girls’ versus ‘boys’ sports. Spongakonke has also shown a keen interest in art. I have worked with him in the classroom, teaching his class art, and he later became a member of Art Club. He nearly always has a big smile on his face but under that smile, I have also seen tears. He is bullied at school; some of the boys in his grade steal his lunch and take away his pens. Pens cost 5R (5 Cents in Canada) which can be a lot for families to spend each time a pen is stolen. Like most schools, bullying is common at Slangspruit and it is a very challenging issue to stop; however, many kids like Spongakonke show so much resilience. It is never long and once again I find him with a smile on his face.

The second story I want to share is about a seventh-grade girl named Andiswa. Andiswa is an all-star: she is extremely smart, always correcting the teachers on the board; she is a leader, always speaking up for herself and others around her; and she is ambitious, and will happily share her 12 career goals with you. Andiswa is not a girl you would find complaining about chores at home or flirting with boys at school. She is keen and determined and has a fire about her that I have never seen before. I truly believe that she could do amazing things in this world, but the unfortunate reality is that coming from a township limits her opportunities. High schools that offer her the education she deserves and would excel at are expensive and a majority of families cannot afford it. Teen pregnancy rates are high, and girls can easily lose sight of their future. Due to many years of oppression, the circumstances of Andiswa’s life make it challenging for this driven girl to succeed. Fortunately, through generous donors of Ukulapha, the school has a few scholarships that are awarded to the top grade seven students, so hopefully, this will give her the chance she deserves. 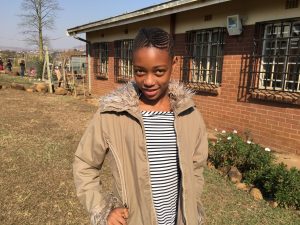 Seventh-Grader, Andiswa. One of her 12 career goals is modelling!

The last story I want to share is intense, but I believe it’s especially important because it reflects the reality of life for many black women in South Africa. This young sixth-grade girl is a very clever and soft-spoken girl that uses every opportunity to learn. I have gotten to know her during art class and she attended a girl’s empowerment camp that Emily and I implemented over the holidays. During this camp, she disclosed that she was raped when she was much younger by an older boy from school, while she was walking home with her friend. Others found out and she was then bullied at school because this happened to her. This horrific incident is a variation of many other young women’s stories. Rape and sexual assault is a topic that has arisen with many young girls while at camp, and it is not foreign in the classroom as well.

It may seem hard to understand how such difficult stories can make my work meaningful but each of these children has impacted my life significantly. When I first met these kids, I was amazed by the happiness they radiated. Now, I have been lucky enough to be let in and shown the complexity of their lives. I learn something new each day and these children exhibit strength I did not know existed. At times, it can feel helpless hearing these stories because I feel like there is nothing I can do in the short time I am here that will drastically make these situations better. But, this is an eye-opening experience that I know will affect my actions in the future.

So, I realize that when I tell some people I am in Child and Youth Care, I may not fit into their picture of success, but I have found an area of work that I know will continue to challenge me and fulfil me in ways I can’t yet imagine, just as it has here in South Africa.

Hi! My name is Ainslee, I'm a fourth year Child and Youth Care student at the University of Victoria. Through CAPI, I have been granted an amazing opportunity to complete my final practicum in South Africa with Ukulapha Community Outreach. Ukulapha is paired with a township elementary school, where I am working collaboratively with members of the school to enhance learning and teaching conditions. Tune into my blog to find an assemblage of reflections on my journey!