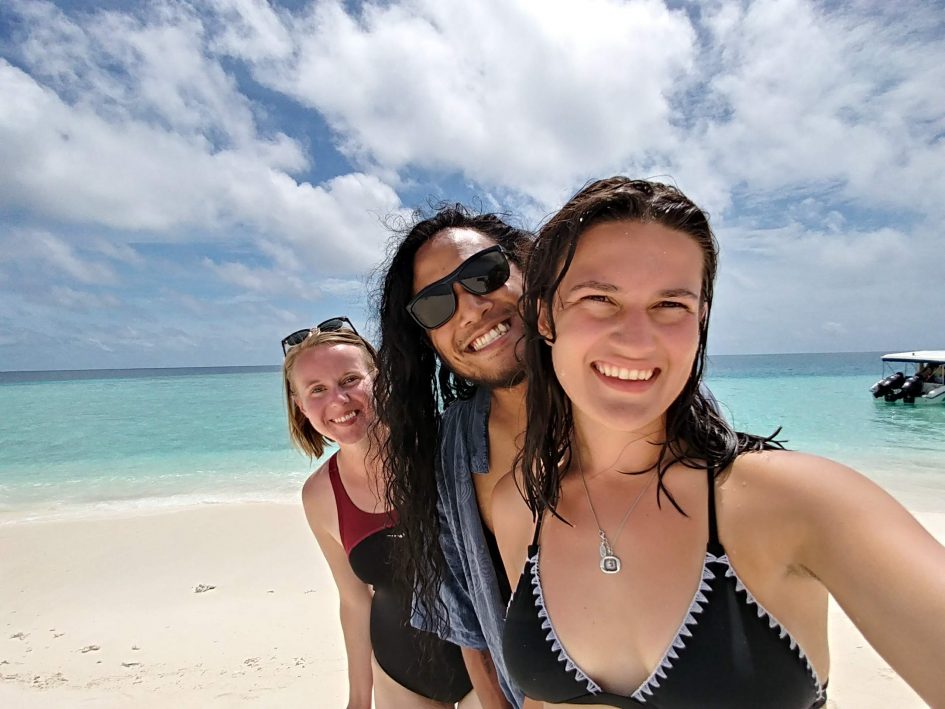 Last week, I posted a casual tweet about my fellow CAPI interns/roommates Mackenzie and Charlotte and I having a grand old time in the Maldives, where we had flown from KL to spend our week-long Raya holiday. 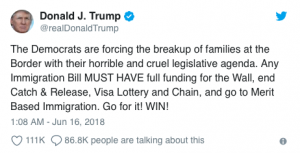 Two days later on June 17, news broke of the SOS/MSF rescue ship The Aquarius (and its 629 migrant passengers) being turned away at Italian and Maltese ports before being rerouted to the Spanish coast, around the same time worldwide rage about U.S. immigration policies was peaking over pictures of kids in cages.

There is a spectacular dissonance to be felt, is there not, to be reading about these things – families broken up at the U.S. border, narrowly avoided humanitarian crises in the Mediterranean Sea – while lying on a pristine Maldivian beach in front of sparkling waves, slowly sipping from a fresh coconut. It is the same world, just from a different angle. If programs like the CAPI internship and countless others like it at schools worldwide (though heavily concentrated in the West, mind you) are meant to push students out of academic uniformity, to introduce a little chaos to their worldview, then consider the challenge met. Consider the dissonance felt. The first time I traveled overseas during my undergrad years was to Ecuador, and that trip, problematic as some of its elements may have been in retrospect, was instrumental in shaping my understanding of international development’s inherent problems while awakening me to the reality of all the beauty and brokenness this world has to offer. Upon my return, I shifted the trajectory of my academic path towards a career predicated on international justice work, on the dismantling of oppressive systems that govern this world.

Eight years later and I’m enjoying a tropical getaway during my week off Eid holiday from my internship, while justice continues to get the middle finger from the world’s most oppressive systems.

There are no easy answers here, I understand. There is nothing inherently wrong with going on vacation, with swimming in the ocean, with wanting an ‘escape.’ Social justice is, after all, about championing every human being’s right to live life as they please. But awareness, I would posit, needs to be a part of the equation, especially when some human beings’ rights to life are upheld at the cost of others’. If apathy about these issues is dangerous then ignorance is apathy’s tag-along younger sibling, forever allowing those of us with enough privilege to not have to think about it, to not have to think about it. It really would’ve been no issue to close my news apps, to put my phone down, to sigh and say, “That’s so sad,” and redirect my attention to the beach and the World Cup. In fact, that’s exactly what I did.

I suppose the point of all this rambling is really more of a challenge to myself (though anyone is welcome to join in solidarity,) to not let the next five months in Malaysia become my beach to the news. I have friends back home and around the world, beautiful, activist, selfless friends, who cannot sleep because the injustice is too loud, so instead are marching, educating, writing poetry, organizing letter campaigns, struggling, fighting, speaking out, saying “That’s enough.” I could be with them, but I am here. I came to Malaysia because of the work, because I am passionate about refugee and migrant advocacy, about grassroots organizations with big hearts and small budgets who are committed to doing the unheralded things that make the louder justice narrative a reality, but so far it’s mostly just been a lot of street food and figuring out the transit system.

So, a challenge then. To live and to enjoy and to experience and to adventure, but also to remain aware, to do the Work, and to amplify bold acts of love and justice wherever I may find them. Let’s get it!

Hi friends, thanks for visiting! I'm Chris, a graduate student in social work at the University of Victoria with a focus in transnational migration and decolonial theory. If I look familiar, it's because I spent seven months last year in Malaysia on a CAPI placement, and through the Centre's generous support, I'll be returning to Southeast Asia this fall to work on a research project examining the impacts of displacement on youths' sense of identity, culture, and belonging, splitting time between Thailand and Malaysia. Feel free to follow this blog for updates, and don't hesitate to comment or get in touch if you want to hear more about what's happening in the field!