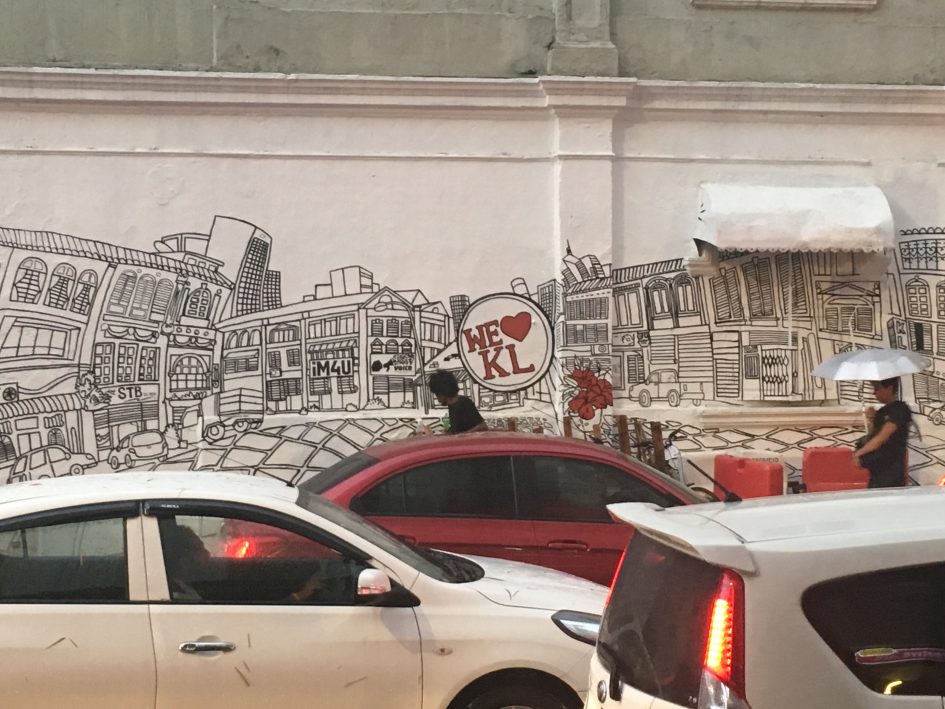 I have been in Kuala Lumpur one month. In these four weeks I’ve visited the Batu Caves, spent a day in Melaka, began volunteering at the SPCA, and started work as Program Assistant at the Malaysian Social Research Institute.

The first couple weeks in KL were exciting as I learned to navigate the city, order food, and understand local customs. Adjusting was easier than I anticipated – many spaces here feel familiar. At pre-departure orientation in Victoria, our group discussed the problems with holding onto expectations and the challenge presented when those expectations are not met. This advice was immensely helpful for me prior to and after arriving in KL. It can be difficult to limit your expectations about a new experience, but just being aware can help mitigate fears and stress when expectations are not met. 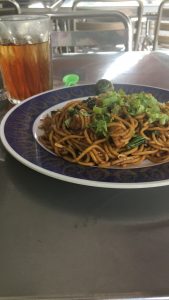 However, holding some expectations is inevitable. Coming here I expected to be able to spend more time in nature. Near me, there is a small park with a man-made pond. The city has a few parks, but getting to them from my neighbourhood is time consuming. For the most part, KL is a concrete jungle. But in many ways KL is what I expected. It is cosmopolitan, incredibly diverse, and hot. Having only lived in a small city in BC, I have never been around much diversity. The dominant groups in Malaysia are Malay, Chinese, and Indian. But it is also a magnet for migrant workers from Indonesia and the Philippines, a transit country for refugees from Myanmar and the Middle East, and its growing economy and tech industry attracts foreigners from all over. 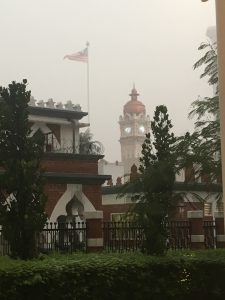 Waiting out a storm at Masjid Jamek

Along with its cultural diversity, Malaysia is equally diverse linguistically. There are 134 spoken languages and 2 sleeping languages in Malaysia. Of these, 112 are indigenous. The country has three national languages: Mandarin, English, and Standard Malay. Prior to arriving in Malaysia, I had an interest in the history and current political status of the languages used here. Working at MSRI presents a unique opportunity because languages converge in each of MSRI’s programs. Whether in the office, the health centre, or the school, I am exposed to various languages including English, Malay, Farsi, Arabic, and Somali.

The variety of languages spoken by staff and clients adds a layer of complexity to the environment. While MSRI staff and most children of refugee and asylum speakers are proficient English speakers, many adults have limited knowledge of English. Language barriers challenging clients and staff are mediated by the use of interpreters. Thinking through the use of interpreters in an NGO and refugee setting was one of my first tasks at MSRI. In my first week I finalized an interview consent form that was started by the previous interns. While working on it, I thought it was important to also have a form for consenting to the use of an interpreter.

The work of an interpreter carries a lot of responsibility. They are required to faithfully interpret the communication exchanged. They facilitate linguistic exchanges between staff and refugee clients, and without their skills, MSRI could not provide the support that they do with interpreters. In any workplace, interpreters are not ideal, but in a setting such as MSRI, they are essential. The job of an interpreter can be difficult in the context of refugee support, when they often have to listen to and translate stories of severe trauma and violence.

The language barriers encountered by refugees would also extend beyond transition countries, such as Malaysia, into resettlement countries. For some refugees, a transition to an English speaking country may mean fewer language challenges, but for many more refugees this is not the case. Refugees may have difficulty obtaining medical treatment, procuring employment, and accessing higher education. At a time when displaced persons are trying to rebuild their lives, language barriers may be a frustrating fight. I wonder then, which receiving countries have programs addressing language barriers for incoming refugees? 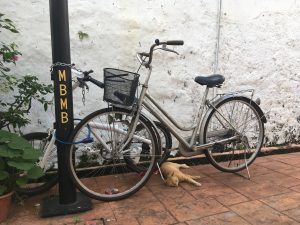 A cat snoozing in the streets of Melaka

In Canada, permanent residents and protected persons can take English and French language classes at no cost. One must first take an online self-assessment, followed by a formal assessment at a predetermined organization aimed at helping newcomers with such assessments. After assessments, one can register and begin language classes. In “some places” childminding is provided during class, transportation is provided to and from class, and there are classes for people with special needs. But until someone receives protected person status, language lessons are not funded by the government. And more than some places do not offer childminding, transportation, and accessible learning.

Of course, these are only my initial thoughts from a bit of research. To fully understand the language barriers refugees face in receiving countries and the programs aimed to minimize those barriers, we must ask the refugees and asylum-seekers. In the coming months I am looking forward to learning more about the role language plays in a refugee and NGO setting.

Hi, my name is Mackenzie! I have recently completed my 4th year studying Anthropology and Linguistics at UVic. I am lucky to have been given an opportunity through CAPI and the QES to be an intern with the Malaysian Social Research Institute. Through these blog posts I will share thoughts and reflections about my experience and work in Malaysia.