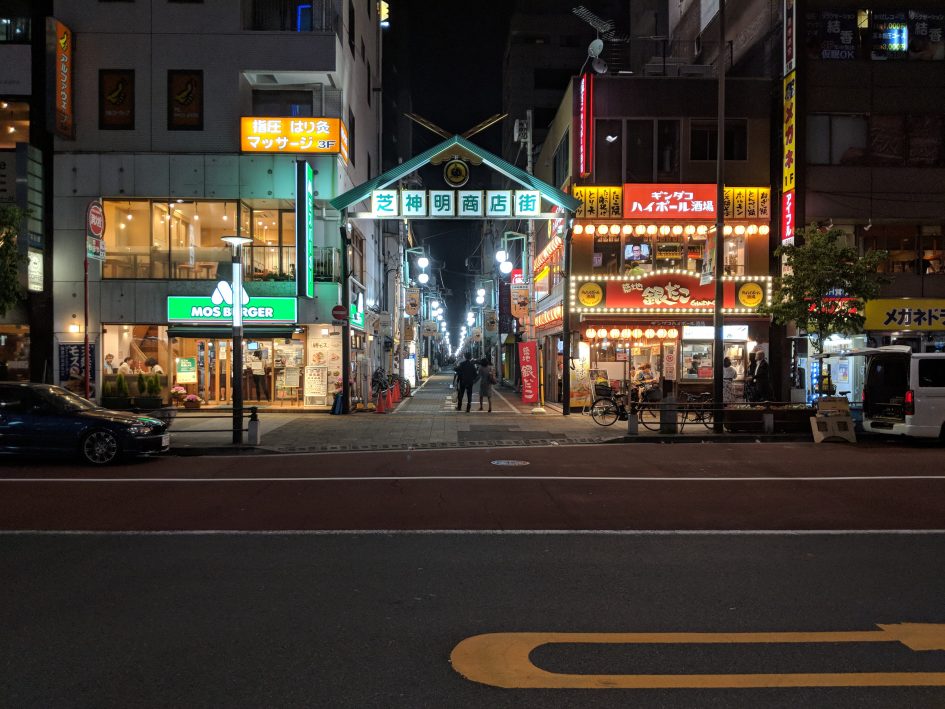 Before coming to Japan, my goal for this trip was to explore the cultural differences between Japan and Canada, and to investigate the philosophical undercurrents that are connected to such differences.  Having learnt some Japanese, and found it fascinating, I was especially interested in the dimensions of philosophy of language that might be brought into particularly sharp relief in a society that had been based on a language so incredibly different from English.  The interplay of language, philosophy, and culture is incredibly interesting, and I think the connections between these forces exert a profound influence on our lives.  What better opportunity for investigating this interplay than by living for an extended period of time in a foreign country with such a vastly different cultural history?

My plans for how I would go about this investigation lacked some specificity.  One idea I had was coming up with a set of questions that I could ask people here, asking the same questions once I returned, and doing some sort of comparative analysis.  Of course, I planned to buy and read some books on Zen Buddhism and Shinto, which I have in fact done.  But for the most part, I think my assumption was that all I had to do was arrive, keep my ears, eyes, and mind open, read some books, talk to some people, and voila!—I would be able to start doing some real, interesting philosophical work.  I was a bright young philosophy student after, and I spoke plenty of Japanese.

Unfortunately, my initial enthusiasm was based on a hideous overestimation of my own Japanese-speaking ability, as well as an underestimation about just how formidable the language barrier is.  Talking to someone in Japanese is one thing when they speak some English and aren’t expecting you to speak Japanese fluently.  I’ve had several conversations that have been incredibly fun—when the people I’ve been talking to have had the patience to help me through my slow, stumbling, mispronounced, frequently-punctuated-by-dictionary-searches-on-my-phone sentences, then conversation becomes an exciting challenge, and even the simplest act of communication becomes a proud achievement.  Trying to talk in Japanese is a completely different thing when you appear in a local restaurant where no one speaks English at all, no one has the time or desire to try and comprehend your ungrammatical ramblings, and they have no way to communicate to me even the simplest requests.  For not only is my ability to speak Japanese very low, but my ability to understand what is said to me is even lower.  99% of the things said to me go completely over my head.  People here talk fast, they don’t use the textbook grammar that is all I can understand, and almost all of the time I have to respond with a “Gomenasai, hanasemasen” and resort to hand gestures.

The interesting questions of comparative philosophy and the cultural implications of deeper philosophical and linguistic trends remain a completely closed book to me, except for what I can find in actual books (which I could just have read at home).  The ‘deep’ questions that had intrigued me are, in fact, too deep to access without a much much better grasp of the language than I currently possess.  The surface-level culture remains utterly opaque—nothing below is visible to me.

This is not to say that there is nothing here that has fascinated or inspired me to think.  Quite the opposite, really.  It’s just that it hasn’t been philosophy or language or culture that I’ve been thinking about.  Rather, what has continually been catching my attention is one the aspects of culture that isn’t so deep that language fluency is prerequisite.  It’s something that any monolingual foreigner can notice and appreciate: space.  The geography, not the philosophy, of Japan has interested me the most.  The narrow, sidewalk-less streets, the commerce-filled alleyways, the narrow gaps between buildings, the blurring of public and private land, the mixed-use buildings, the variety and contrast of building heights, the micro-parks, the gigantic parks, the downtown shrines, the bars accessible only by climbing seven stories up an outdoor spiral staircase, the seeming absence of zoning.  Japan’s streets are cramped, enormous, chaotic, orderly, ugly and beautiful, all at once.  It’s endlessly fascinating.

So Japan has made me think, just not in the ways I’d thought it would.  Which is in itself something to be thankful for, even if I was looking forward to the philosophy.