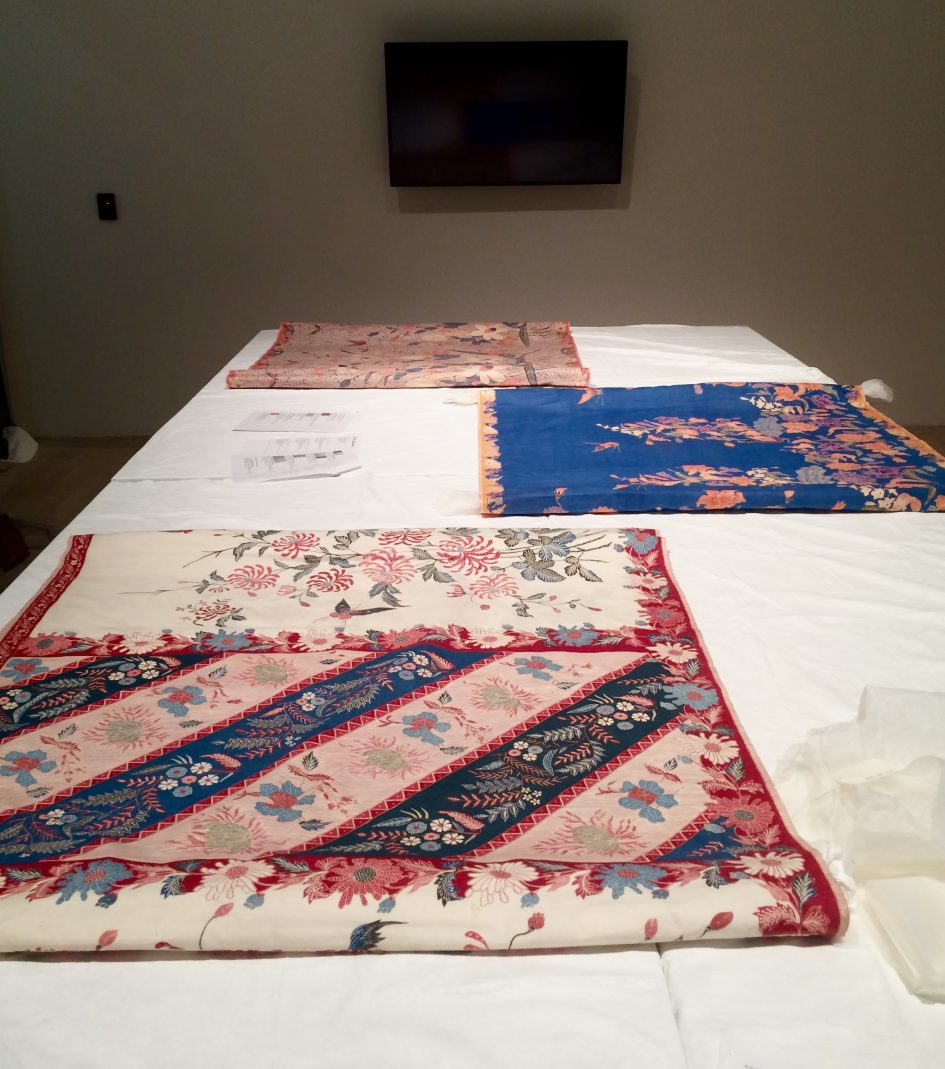 On February 2018, I had the opportunity to conduct a research trip to the archives of Los Angeles County Museum of Art, California for the purpose of viewing 10 pieces of batik sarongs from the North Coast of Java. This blog will be in the form of a photo essay dedicated to this trip because it was not only immensely impactful to my research, it was also an amazing experience. 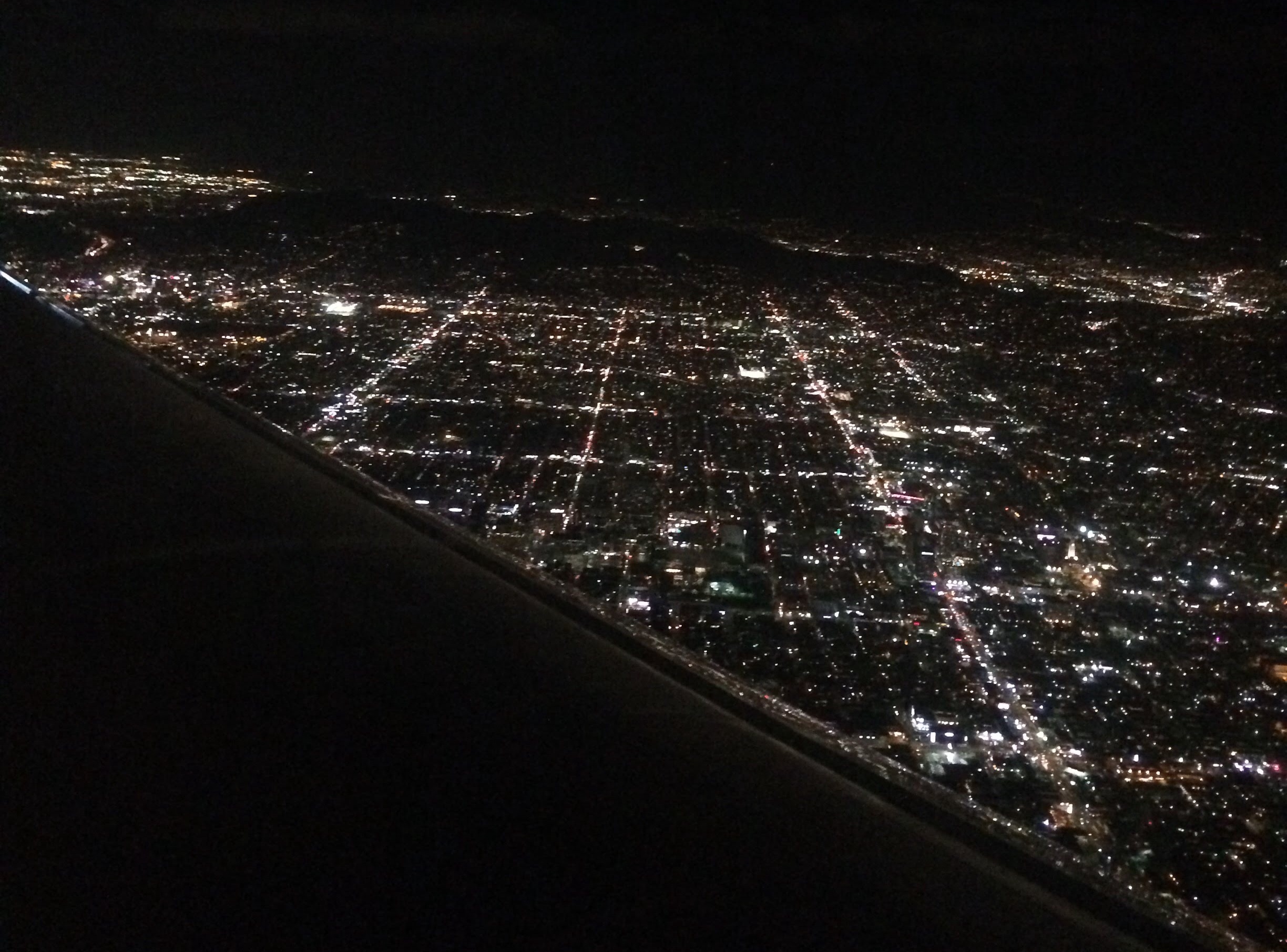 View from up above: city lights of Los Angeles 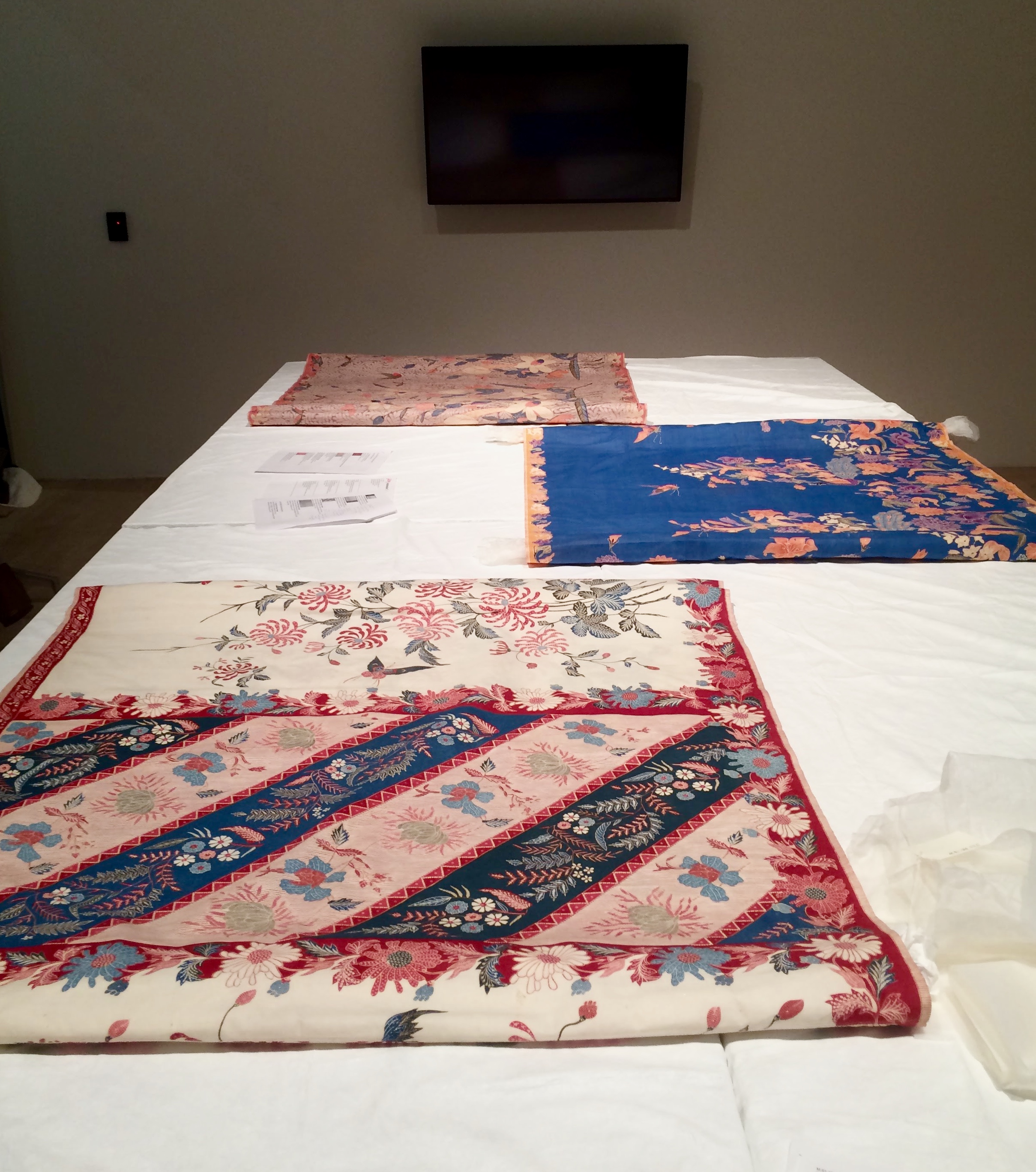 Three batik sarongs made by Indo European and Peranakan batikers from Pekalongan ranging from 1900 to 1950. These batik sarongs with floral arrangments were in vogue with Peranakan women in the Strait Settlements during the 19th and 20th century. 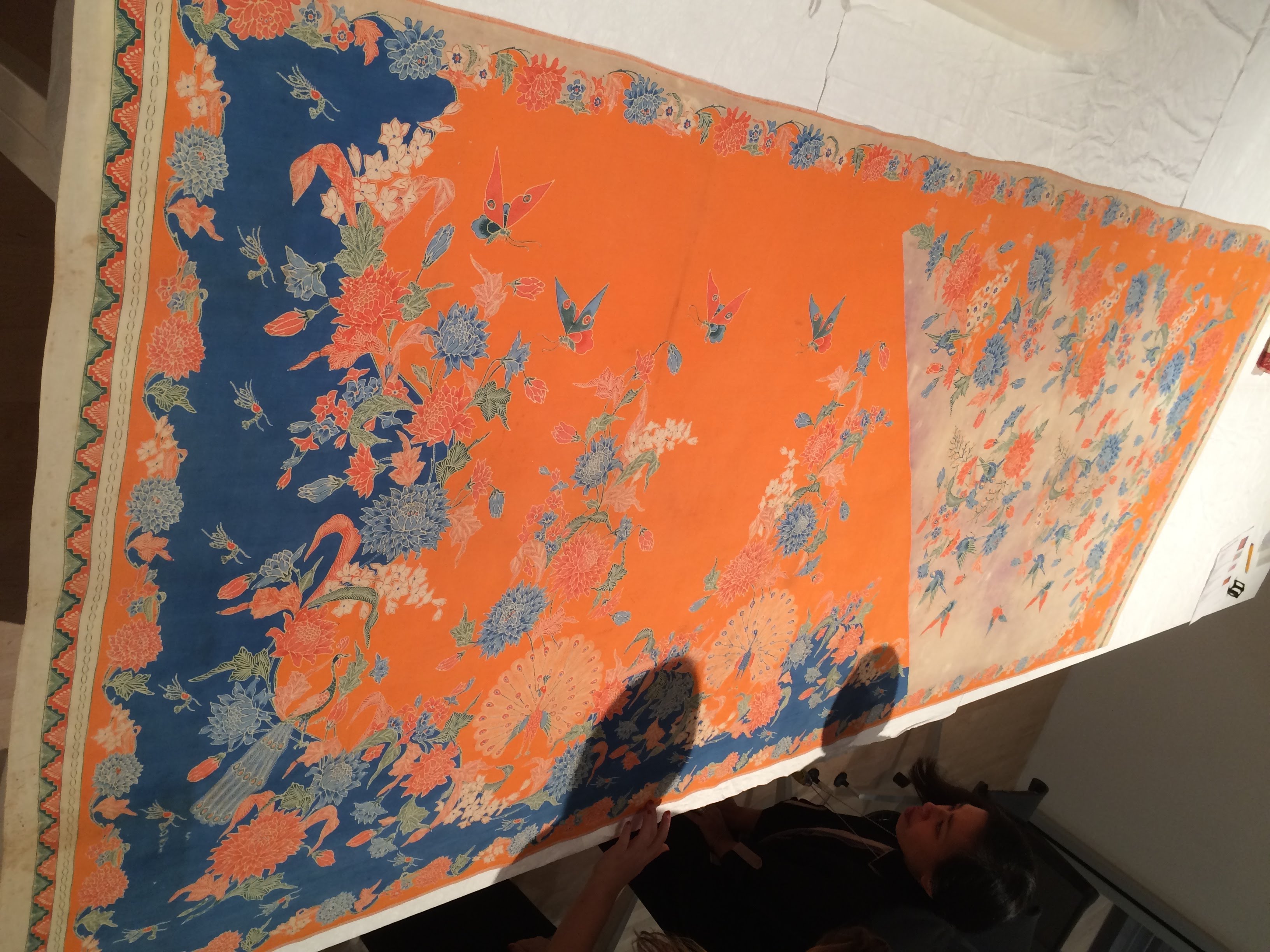 A batik sarong signed by influential Peranakan batiker, The Tie Siet. The pagi sore is a composition of two design separated in the middle so the wearer can wear it during the day and switch it up at night, similar to modern-day understanding that there are garments appropriate for daywear and also for the evening. This batik is in the Djawa Hokokai style that drew influence from Japanese aesthetic during the Japanese occupation in Southeast Asia.

For the next four days, my time was spent between the UCLA library and museum/art galleries. Then, both my sisters who live in different cities in Canada joined me in Los Angeles. Since I don’t get to spend a lot of time with my sisters in person, I appreciate them taking the time out of their schedule to join me on this trip. 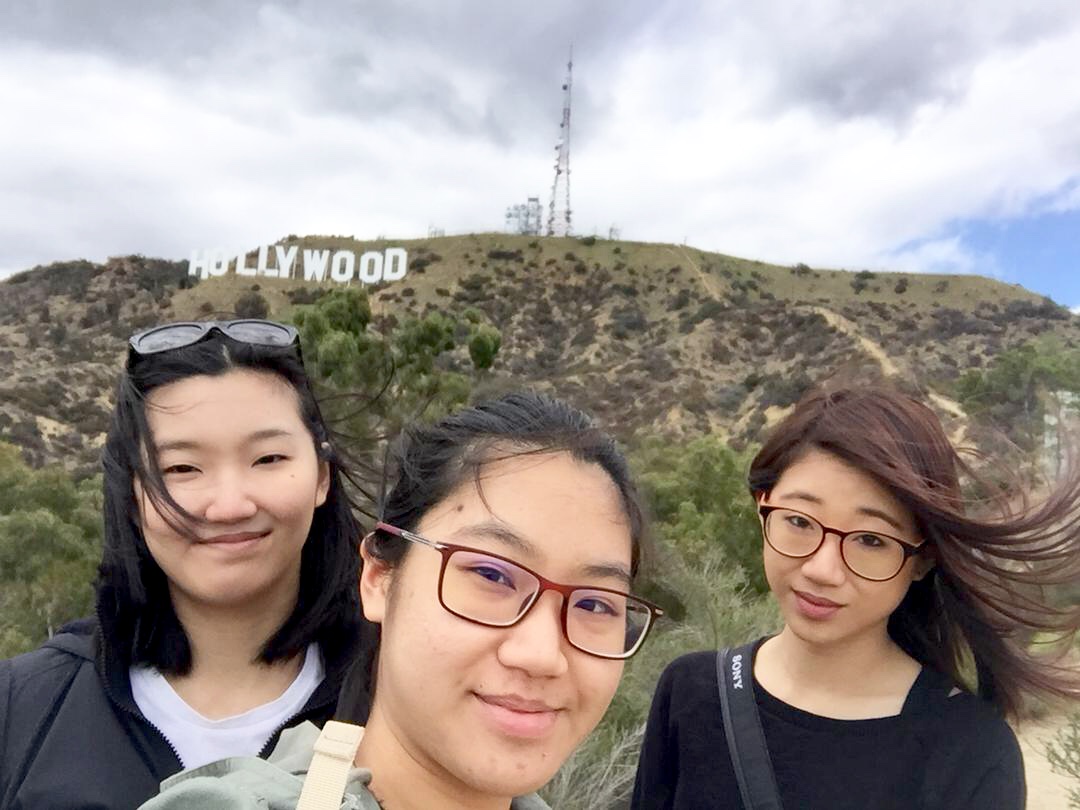 From the left: me, Su Shan, and Su Ping.

This research trip to the LACMA, California had been an invaluable experience. It has influenced the way I view textiles and garments immensely especially in a museum context.

While Los Angeles had been a great city to visit, it is always nice to be back in Victoria. While I have only lived in Victoria for less than two years, it truly feels like home. 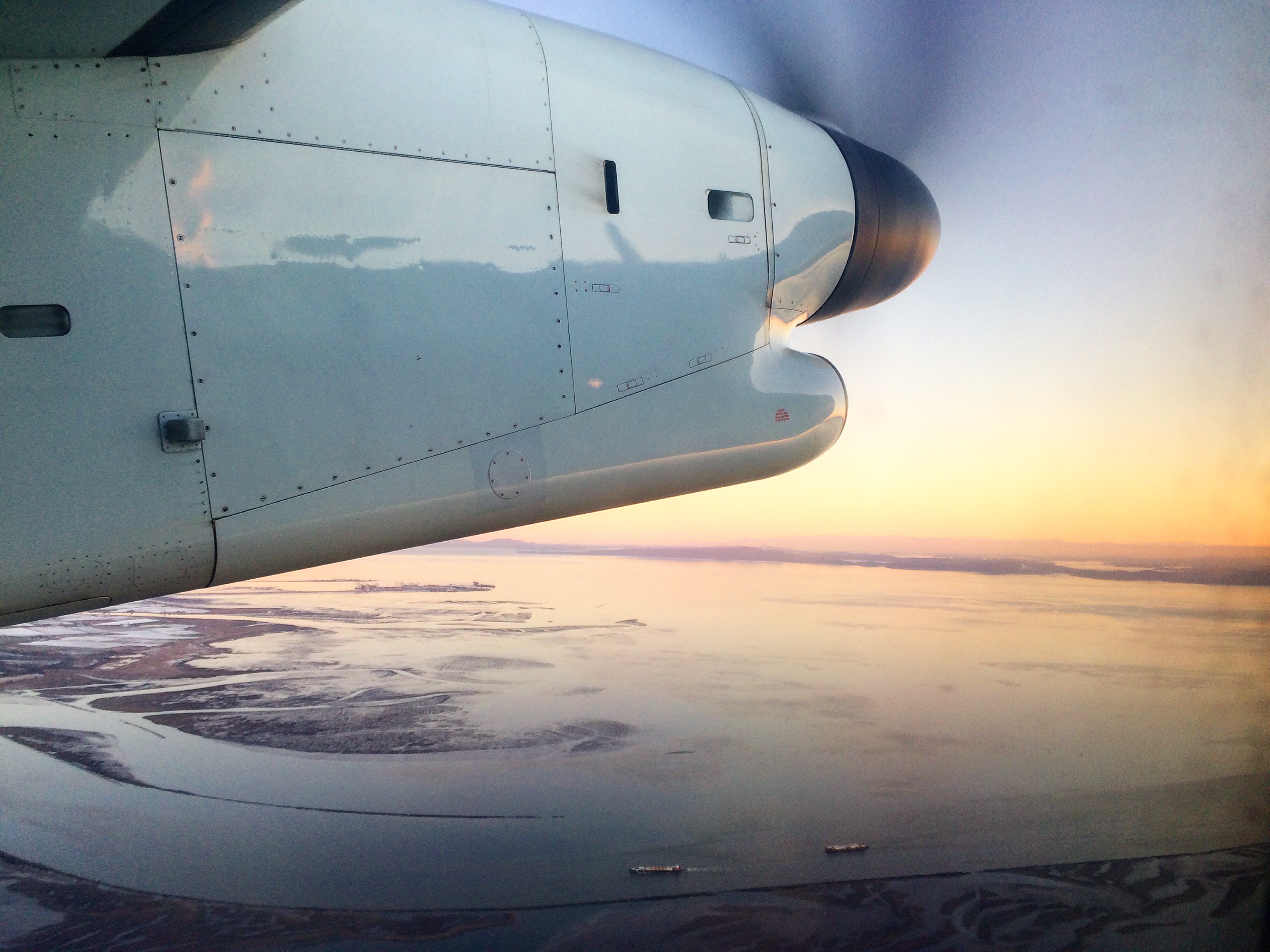 View from above: Vancouver Island

Hello! I am Su Yen, a Master student in the Department of Art History and Visual at the University of Victoria. My research interest lies within the arts and culture of the Straits Settlement’s Chinese, more specifically the aspect of cosmopolitanism in the imagined community of the Strait Settlements’ Peranakan through the exploration of wonderfully beautiful batik textiles worn by the Peranakan women fondly known as nyonyas. During my time as an international student, I hope to experience the very essence of cosmopolitanism in Victoria, Canada and with any luck, my blog will be a personal reflection of my engagement between the local and the global.