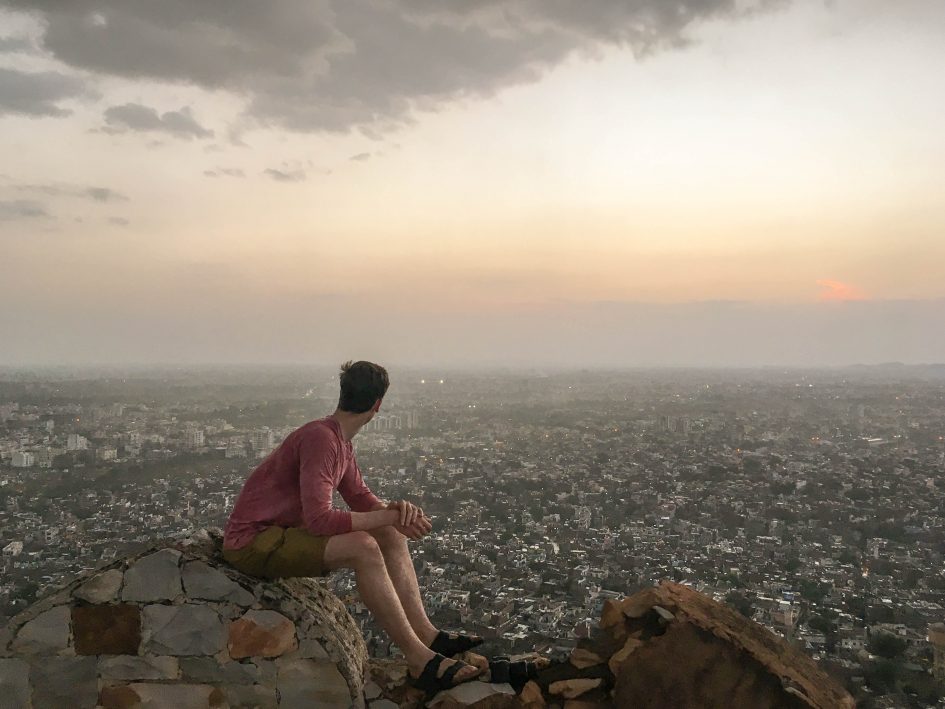 With my feet firmly planted on Canadian soil once again, it is time for me to look back on the past 7-or-so months. My return to this vast mostly-frozen nation coincided with Christmas, a time to reunite with friends and family I had not seen in many months.

People asked me this question many times during these reunions and it still leaves me at a loss for words. One reason is that I quickly encounter the problem of how to avoid the romanticized hyperbole that is common when discussing India (and maybe expected by listeners). Yes, there is yoga and Hinduism and rickshaws and vibrant colors, but these things are not peculiar and they are not part of some ‘orientalist fantasy’, they are just small parts of everyday life. One problem with romanticized stereotypes is not that they are wrong, but that they are incomplete – sure, there are rickshaws, but after I was stuck in one amidst endless traffic and deafening honking all while it was 45 degrees outside, I no longer feel the same way about them. Romanticized stereotypes also tend to objectify or commodify India, Indians, or Indian culture while ignoring the realities of each. India – in my experience as an outsider – is a place of incredible complexity. How do I share that complexity and additional context, while doing it fairly? Nothing I can think of writing or speaking can adequately encapsulate the place or the experience. When I looked around, India could sometimes be incredibly uplifting, upsetting, or both. It could also just be everything in between or perfectly mundane (as a person who tried to lead a ‘normal’ life there). I guess what I can say is this: India is simultaneously everything and nothing like I had imagined. 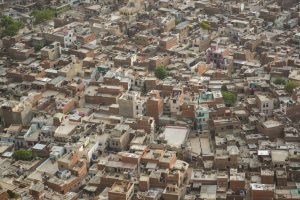 Looking over an old section of Jaipur from the vantage of Nahagarh Fort.

I keep saying “India” but the truth is that I only experienced a very small part of the country. Geographically I barely scratched the surface; I visited 4 out of 36 states and territories, all in the central-northern part of the country. I still have a lot more to see. I was fortunate, though, to live both in Delhi and in two rural villages as a member of lower-caste families there, which was invaluable in forming a more detailed perspective of life in India. Most importantly my experience was determined in large part by my positionality: as a man, as white person, as a foreigner, and a number of other personal traits. These attributes certainly defined large parts of my experience given how stratified India tends to be along lines like skin colour and gender. The ways that I experienced places and spaces was much different (and usually in positive or privileged ways) than it would be for many other people, especially women and people of colour. I think that much of how you experience India depends on who you are and where you go, and I only had an introduction. 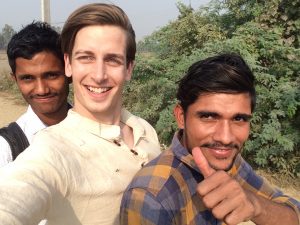 On one hand, the answer is obvious: India (the nation) was great. I saw incredible sights. I met incredible people. I had incredible experiences. I shared countless motorcycle and rickshaw rides, meals, conversations, and cups of chai with people who rapidly moved from “strangers” to “like family,” some of whom actually welcomed me into their homes like a long lost relative. While trying to remain objective, India is unquestionably a beautiful country. Yes there are waste management issues and Delhi tends to choke itself in haze for increasing portions of the year, yet even those factors cannot disguise the incredible sights – both natural and manmade. 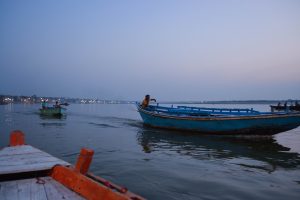 Boats at dawn on the Ganges river in Varanasi.

On the other hand, “India” (the totality of my experience while there) is something much more difficult to dissect. It would be wrong to hide the fact that I experienced some definite personal lows while I was away. Part of what I experienced was culture shock, but this internship also challenged and tested me in ways that were not culturally contingent at all. Thankfully, I found that many of the things that I found stressful were also things I could control, particularly how I thought about and approached them. By shifting my perspectives, I ended up turning sources of discomfort into the most positive takeaways of my entire internship.
Here are a few things I can think of that were especially difficult for me:

In my little bubble here in Victoria, it is not really an imperative for me to think about most of these things. However, for me to succeed in my internship – and just to feel okay in India generally – I had to spend a lot of time reflecting on these different areas, and developing new criticality and mindfulness about myself, my assumptions/expectations, and about India and Indian people. There were also many things that I found challenging but that did not necessarily directly relate to cultural factors. Specifically, this internship marked my first time:

There are certainly more, but these are the highlights off the top of my head. All of these points required an incredible amount of learning for me. There were also the hundreds of small but still impactful “firsts” I had; drinking fresh water buffalo milk, playing cricket on village streets, boating on the Ganges, and trying a vegetarian Big Mac (rather, Maharaja Mac!) are just a few. 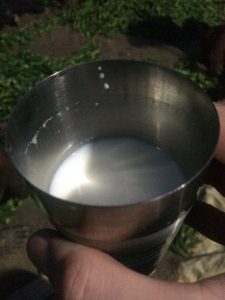 Milk fresh from the buffalo!

I have to say explicitly that I do not mean to cast any of these things in a negative light. While these new things may have been difficult at times, I am also grateful to have had such a breadth and depth of challenges to dive into. I cannot think of any other endeavor I could have undertaken that would have challenged me in such deep and consistent ways. Ultimately, by taking myself far outside of my comfort zone, by doing so many things for the first time (usually badly), and going through periods of intense doubt, questioning, and self-interrogation, I ended up having what has by far been the most transformative, fun, and rich learning experience of my life so far.

And after all this, how was India, Will? 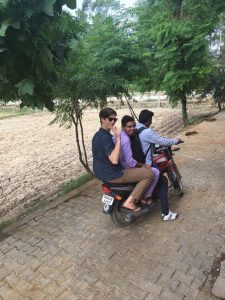 Until next time, India!