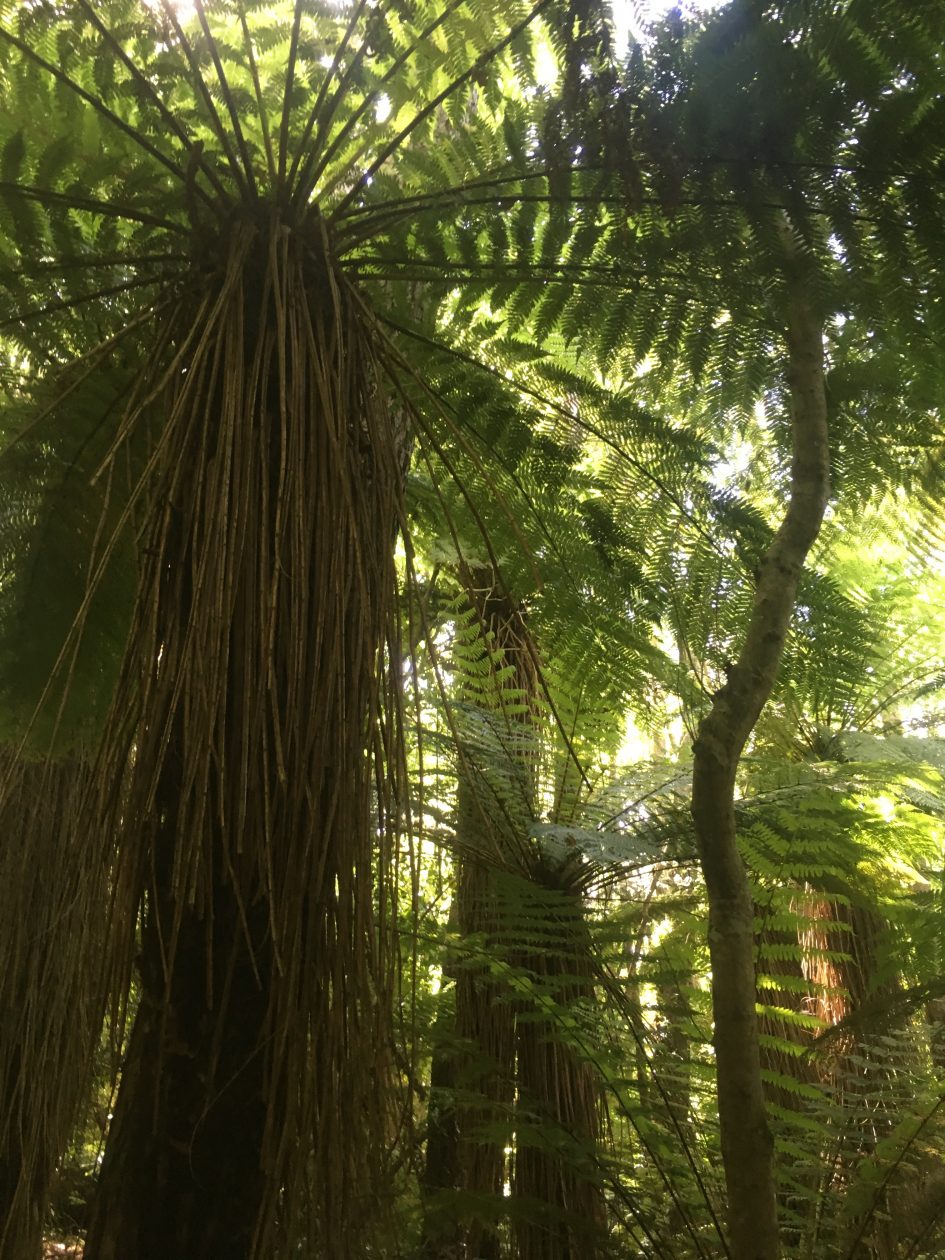 Before I left for New Zealand the tinge of envy in my fellow evolutionary ecologists was noticeable. In this (admittedly niche) social circle, New Zealand is famous for its globally unique flora and fauna, specifically its bird diversity.  Remarkably, ~70% of New Zealand’s bird species are endemic, meaning that they are found nowhere else on earth. By contrast, only about one per cent of Canada’s bird species are endemic. As such, it is no surprise that for many nature nuts, New Zealand birding is on the bucket list.  Given the country’s biological fame, I left Canada with a plethora of avian advice, “make sure I travel to the Otago peninsula to visit the only mainland breeding colony of Royal Albatross” and “if you visit Stewart Island (the kiwi hotspot of New Zealand), be sure to use a transect approach to try and catch a glimpse of the elusive kiwi”.  Predictably, check in emails that I have received from friends and colleagues have sounded suspiciously like Audubon Society birding check lists. 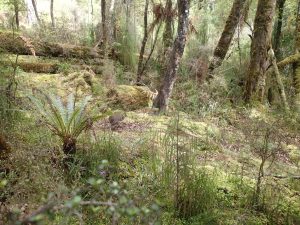 Partly because of New Zealand’s isolated nature (it hasn’t been connected to its nearest neighbour, Australia, for ~85 million years!), the country took a unique and somewhat rogue evolutionary trajectory. Whereas North American evolved to have a large diversity of mammals filling a whole gamut of ecological roles (niches), New Zealand’s answer to new ecological opportunity seems to have almost always been a bird of some description or another. Need a generalist alpine omnivore? New Zealand might suggest you consider the Kea, the world’s only alpine parrot. How about a large bodied herbivore to live in forested habitat and serve as the primary plant eater in the ecosystem? Well perhaps the ~3.7m tall, ~500 lb Moa might be a good fit (unfortunately, now extinct). It’s this multitude of ecological roles occupied by New Zealand birds that have led to such a unique assemblage, many of which have novel adaptations.

Although all birds descended from flying birds, given that there were few mammals to compete with or fear, over half of New Zealand’s native land birds lost or greatly reduced their ability to fly. After all, flying is a costly luxury; it requires more energy than walking and subsequently it necessitates the need to always be on the chase for high-energy food. Additionally, the additional skeleture and muscles required to maintain flight could make up a quarter of a bird’s weight. In a landscape that mitigated the advantages of flight (escaping predation and accessing novel resources), but where the costs remained constant, dropping the ability to fly was a brilliant adaptation.  However, when more mammals arrived in New Zealand (including humans), the pro/con ledger of flight began to look drastically different. 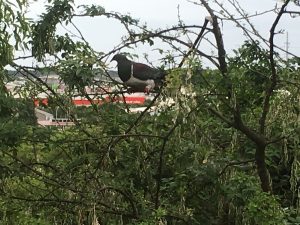 Whereas pigeon species worldwide are often regarded with disdain, New Zealanders seem to be particularly proud of their endemic New Zealand Pigeon (Kereru).

Mammals arrived to New Zealand’s shore both accidentally and intentionally. Maori, the New Zealand indigenous group, were the first humans to arrive in New Zealand. Reasonably, they found Moa an easy and tasty food source, and Moa populations dropped precipitously into extinction as a result.  Other species also arrived from Polynesia with the Maori including Pacific rats, dogs, yams, and other food plants. Next, Captain Cook arrived (alongside some stowaway Norway rats) and shortly afterwards settlers from the United Kingdom were en-route. After the settlers’ basic needs were met they apparently began to miss the finer points of British and Scottish life.  Luckily, this was abated by the ability to import animals via newly formed Acclimation Societies. Trout were brought across the ocean to stock lakes to provide sport fishing opportunities, game birds were imported for familiar hunting opportunities, and farm animals were transported to build an agrarian economy. Numerous other waves of invasive species followed, generally accompanied by the notion that they would make life in New Zealand “better”. Indeed, the introduction of New Zealand’s number one pest species, the Australian brushtail possum, was brought over with noble intentions to start a thriving fur trade. It didn’t take many years for New Zealand to be stocked with an eclectic mix of animals, including, but not limited to, elk, red deer, white tailed deer, tahr, fallow deer, pigs, mallard ducks, hedgehogs, domestic cats, brown trout, and Chinook salmon. Collectively, the establishment of these invasive species has resulted in large scale damage to New Zealand’s biodiversity, especially birds (and those of the flightless variety the most).

Immediately following colonization (and still to this day), New Zealand has also experienced drastic land transformation. Some of this change has been from habitat alterations caused by adding and removing species in the ecosystem, while other change has been driven by direct human economy such as agriculture and freshwater diversion.  These large scale changes can impact New Zealand’s famous birds, but also it’s less famous freshwater ecosystems. 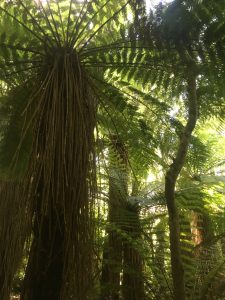 Many of New Zealand’s endemic species rely on native forest habitat, like that provided by these iconic tree ferns.

Given these broad scope of these challenges there are lots of brains within and outside of academia devoted to finding conservation solutions for New Zealand’s birds and the ecosystems that support them. Even though my own research is not centered on birds, predictably, my first month here has involved numerous conversations about New Zealand bird conservation. My lab group here at the University of Otago has members from Brazil, France, Canada, New Zealand, and France, and as a result it is a great place to develop a global perspective on conservation challenges. As I continue to learn more about the New Zealand conservation context, I am excited to share my findings in forthcoming blogs.

Hi there! My name is Christina and I am a PhD candidate with the Applied Conservation Science lab at UVic. My research involves using non-invasive research methods (passive hair snagging for genetic and stable isotope analysis and remote cameras) to monitor the movement and diet of bear populations (grizzly. black and Spirit). As an outgoing Crossing Borders scholar, I will be based at the University of Dunedin, New Zealand (Zoology). I will use this blog to highlight my academic adventures with the biodiversity of New Zealand.