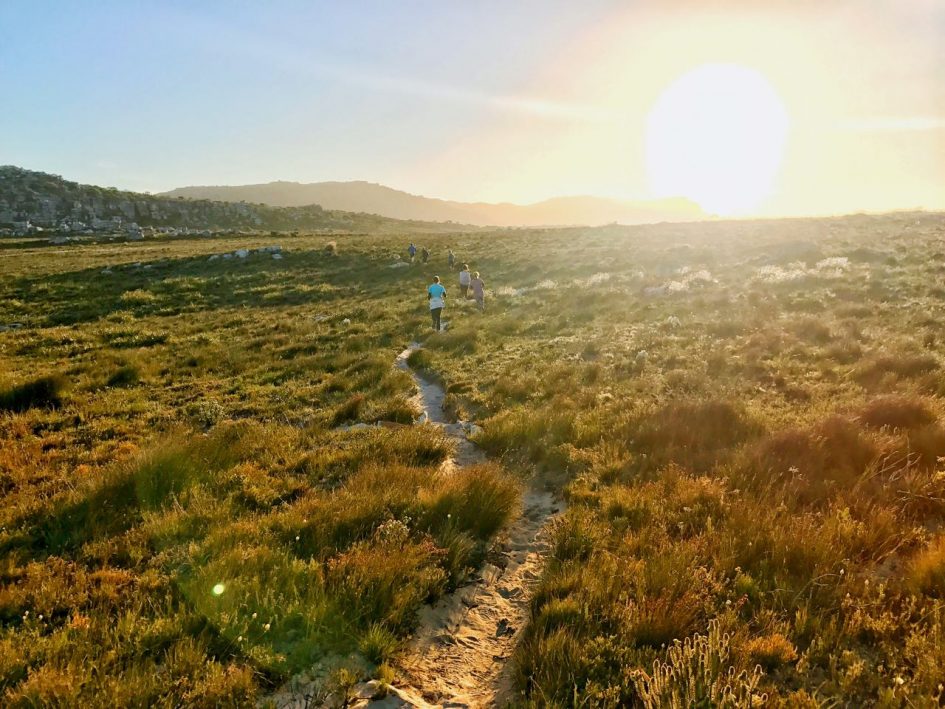 Expectations of how your trip is going to go, what you are going to do and see, and who you are going to meet is prominently  influenced by your peers, family, friends, films, books, and of course social media. For me, I wouldn’t say I built expectations, but I certainly had an idea of what I thought I should experience going to South Africa. At the start of my trip I focused my experiences to fit the expectations and pressures of what I thought one should do in SA. This lasted for a short while, and soon enough I snapped out of it – everyone is going to have a different story, unique experiences and challenges. For me, this translated into surfing, running, and food.

The inspiration behind this post came from a few days ago at 5:30am when I was paddling out for pre-work surf at a beach break in Noordhoek, called Dunes. When it’s working, Dunes is a steep, heavy, fast, barrelling wave that jacks up aggressively in a beautifully symmetric A-framed shape. I have been surfing as consistently as one can living on Vancouver Island over the last few years, an hour drive from the closest break. Make no mistake – surfing is not always a chill, fun, friendly vibe in the water; at home, on bigger, good surfing days, there are often 30+ surfers battling for the wave, and the atmosphere is fucking intense, to put it lightly. It is a hostile and aggressive environment, fuelled by competitive and arguably barbaric mind sets by many. The atmosphere cannot be described in a few sentences, so take that with a grain of salt. This has always been my expectation and experience of what surfing is like when the waves are pumping.

Then came of first experience at Dunes; I went out with two friends who grew up in SA, Craig who went to University in Port Elizabeth – close to some of the best surfing in the world including Jeffrey’s Bay, and Leigh, who’s newer obsession with surfing might be along the same line as mine. We got to the spot, sure enough it was firing – the waves were well overhead, and as I paddled out I was terrified, stoked, and frozen. I watched an older guy, maybe 50, get fully barrelled (inside the tube the wave creates) within 2 minutes of being there. This is not a common occurrence in surfing. Yes, the pros and TV makes it seem like there is barrelling waves all the time, but there’s not: wind, swell, tides, and current all have to mesh. When I got passed all the waves on my paddle out, there were 4 guys surfing. This blew my mind – the best waves I have ever seen, at a spot that is exposed and well known, and only 4 guys surfing. Most shockingly, they were nice, polite and friendly. The atmosphere was intense only because of the size of the waves, not the crowd. After chatting with a couple of them, they were all locals or lived close by, and I was probably the youngest guy in the water by about 15 years. After the first 20 minutes or so, I was able to relax and paddle into a couple waves; I got completely wrecked on the first wave having hesitated last second. The hold down was not so bad (when you are trying to resurface but the wave is sucking you under), although I did touch the bottom which frightened me; there is footage of a semi-pro surfer, James Taylor, breaking his back on the same wave a few years ago. After finally getting a few waves, we had to leave since it was time to go to work; I could not think of a better way to start the work week. Anyway, this brings me back full circle to the expectations and pressures of travelling. Yes, I have spent a lot of my free time in South Africa surfing. No, this is not what people typically spend their time doing here. Although from the surface, surfing may seem like a juvenile and selfish hobby,  for me it has been a stepping stone to meeting some awesome friends, and a reason to explore unique small towns and villages on the coastline. 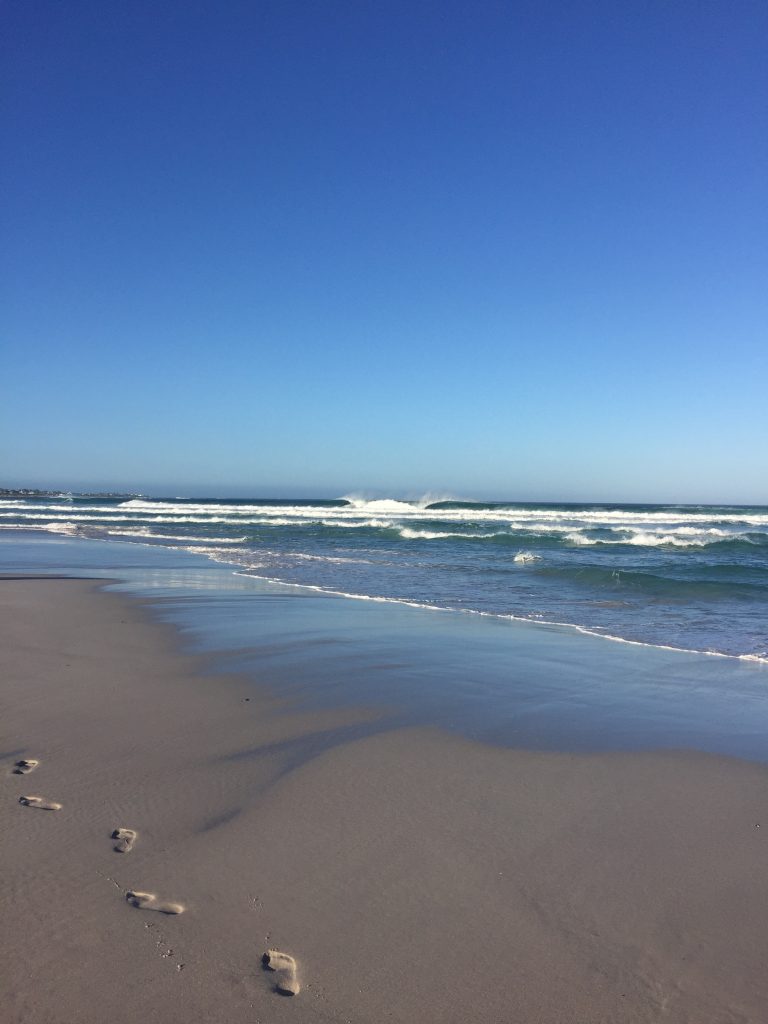 Along with surfing, trail running has been a huge part of my life here. I ran infrequently prior to coming here, and definitely not trail running. I had met a few people early on during my stay here, and they had created a WhatsApp group called “Trail Dawgs” including about 50 people, primarily from South Africa, Zimbabwe and a few others such as myself. It was created to bring together outdoor running enthusiasts by providing spontaneous weekly runs in groups. Safety in numbers is an underlying theme of the group; the high levels of crime discourage people from running and enjoying the mountains in the area. Thus, the group intends to develop a sense of safety within the community and “take back” the outdoors. I was a bit intimidated at the start, with much of the banter including talks of marathons, ultra-marathons, ultra-trail runs, you name it. I had run a half marathon about 4 years ago, and have not run over 10km since. Sure enough, I ended up joining a few runs and got on with the group well. Before I knew it, I had run the Chappies Challenge Half Marathon, a 25km trail run in the Mount Du Rochelle trails in Franschhoek, and a 40km trail run that included Lions Head, Signal Hill, Table Mountain and the Twelve Apostles, which are some of the best trails Cape Town has to offer. I had no gear and little experience, but I realised quickly that South Africans are keen on showing off their beautiful country after I was offered a second hand hydration pack and had no excuses. I survived the long runs and safe to say I will definitely take my new passion for trail running back to Canada. It is truly incredible what you can accomplish when surrounded by the right people. The hospitality, acceptance and friends I have made from running here have made my experience here unique to say the least. Along with running, the group plans braai (BBQ) dinners, concerts, and weekend trips often. On slower weekends, local markets offer fresh, healthy, homemade food options for very reasonable prices – roughly 5 dollars for a meal. The markets here are a comfortable, relaxed social setting to go with friends or meet new ones, and share great food and drinks. 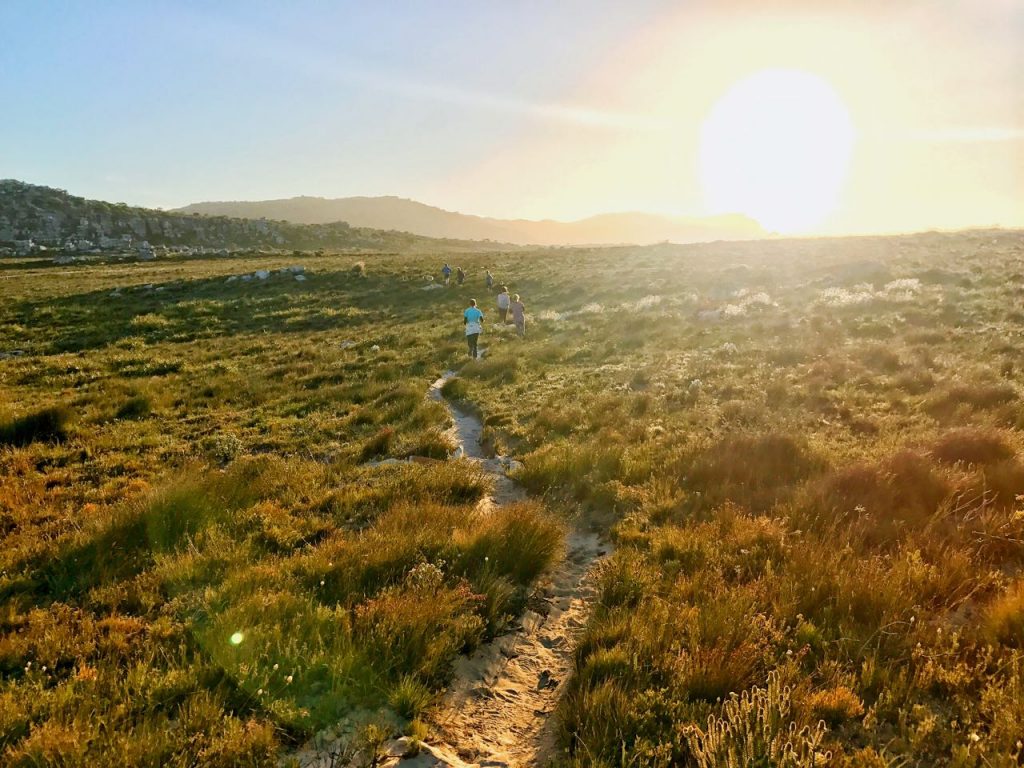 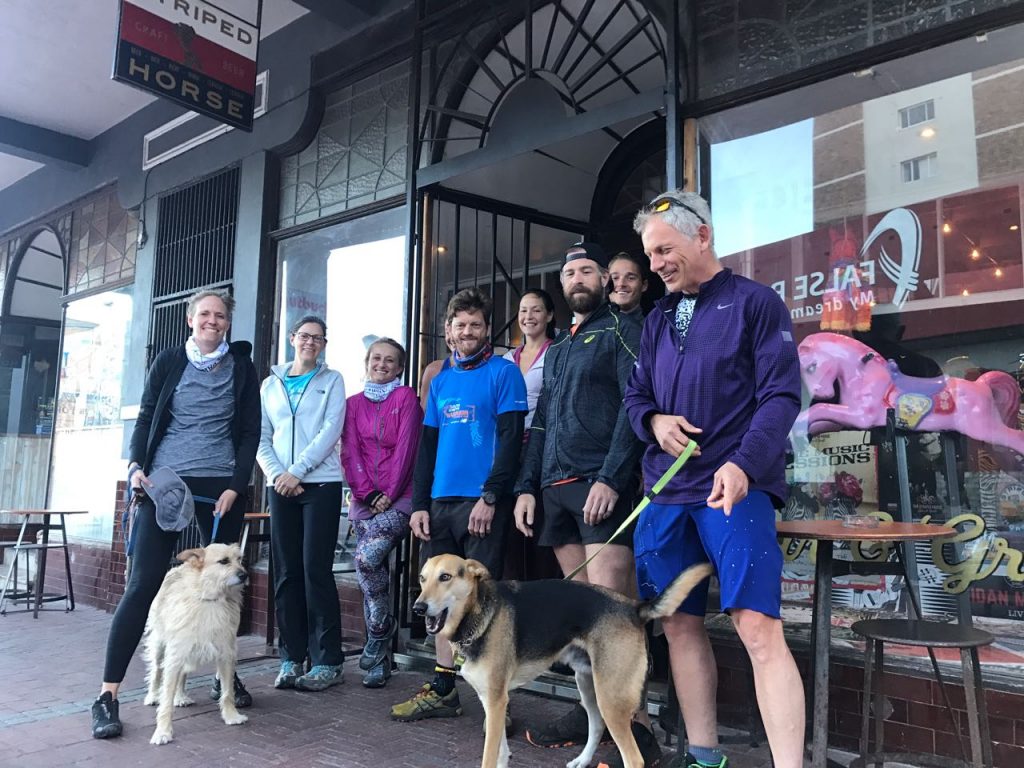 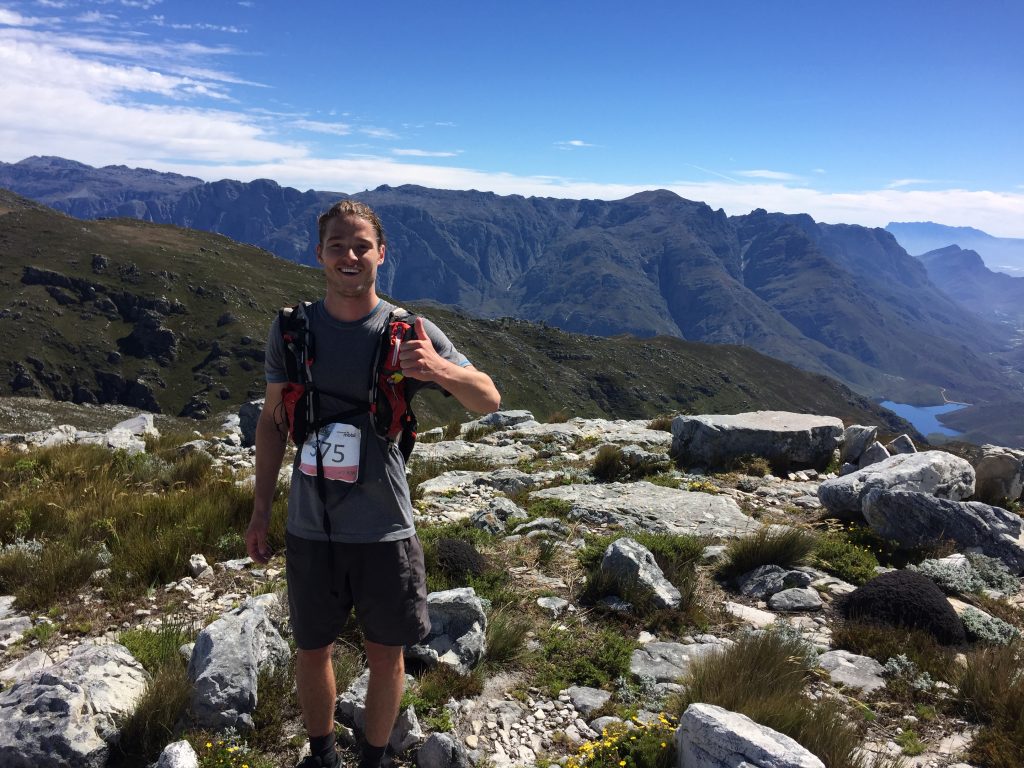 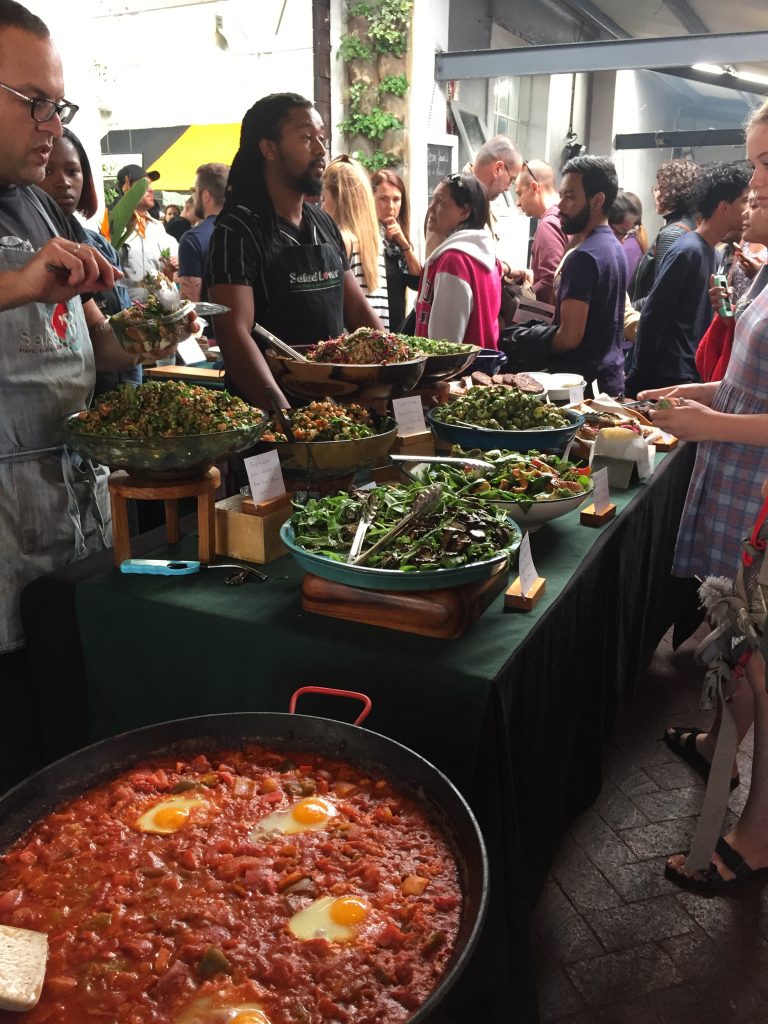 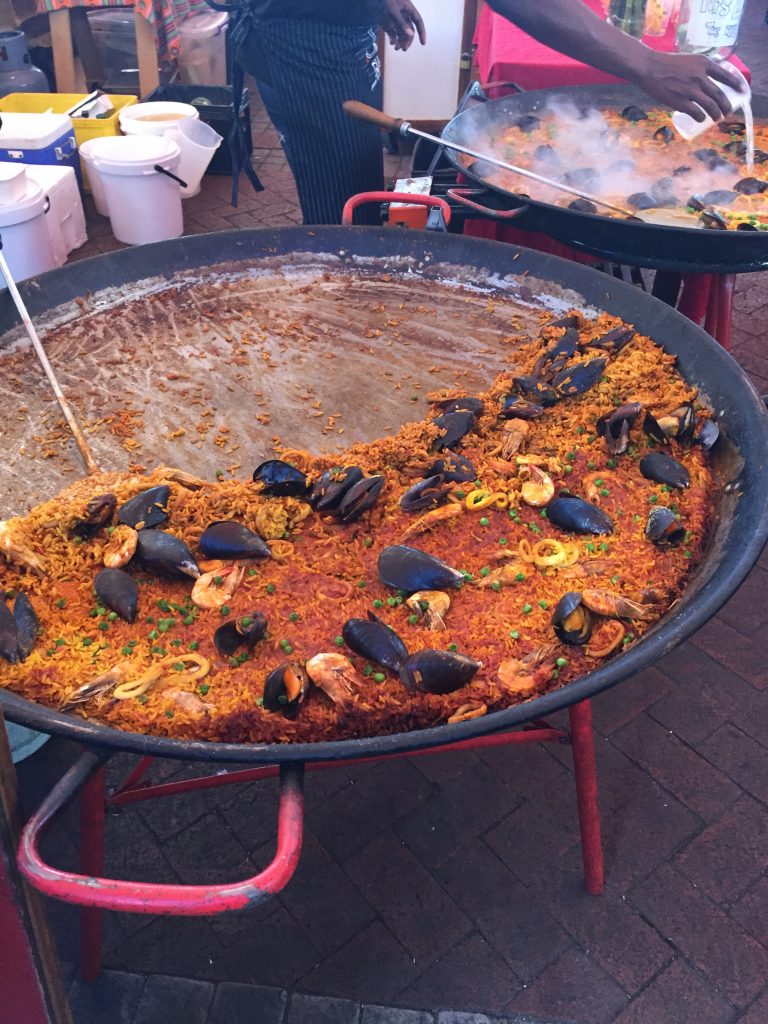 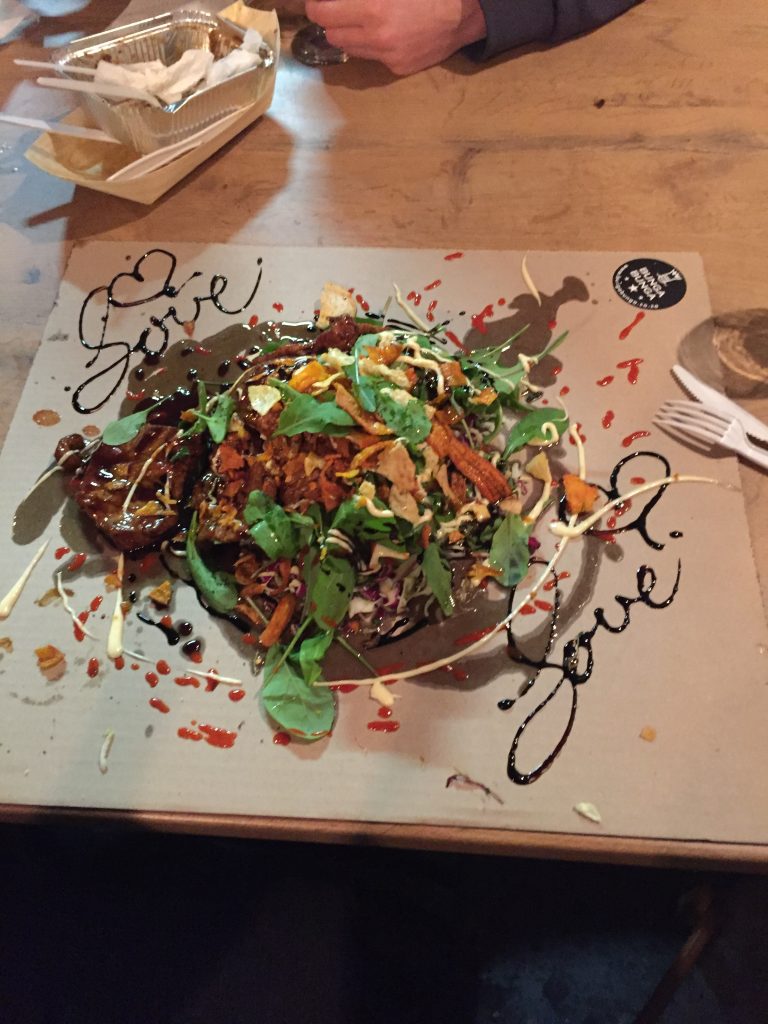 South Africa is a truly remarkable country. It is blessed in many ways and I have been extremely lucky to have had the experiences that have come my way.  Unfortunately, crime is a serious issue, driven by the vast social inequality that creates tension in many of the local communities. It has definitely become a part of my life and something you have to consider. That being said, I really believe groups such as the Trail Dawgs can impact a community by providing a sense of safety and encouragement to get out and explore. When I started writing this blog, I was pretty hesitant to do it on surfing and running, mostly because I thought it should be more culturally or socially driven. But as it turns out, surfing and running has ended up being my connection to the Muizenberg community, and provided me with cultural insight and context to the place I have called home the past few months.

Hello! I'm Chad, a 4th year civil engineering student at the University of Victoria. This blog is intended to highlight my experiences volunteering at the African Institute of Mathematical Sciences School Enrichment Center, in South Africa!