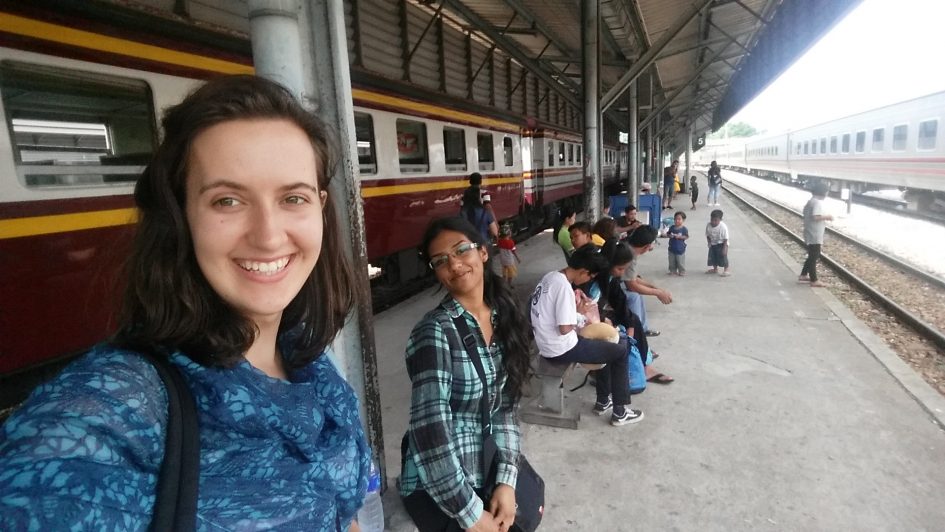 Recently, my job has given me the opportunity to hear some of the stories about the realities of life as a refugee in Malaysia. The experience is not always positive and there is no ‘one story’ that can encapsulate it. While all experiences are diverse and varied, one of the main factors of this variation can be boiled down to wealth. Privileges that are so often taken for granted that we hardly recognize them as privilege, must be bought (and the price is steep).

The unequal price of privilege is clear when regarding the recent crackdown on undocumented workers (a majority of whom are refugees and asylum-seekers). The number of raids skyrocketed. NGO’s were getting reports of people targeted and accosted on the street; they were asked for their visa and passport whether they were working or not. Even hospitals were subject to these raids. To avoid prosecution, bribes are common and necessary for undocumented migrants and those who cannot afford to buy their safety often face jail time.

Arrested as an undocumented migrant:

Beatings and lashings are common as well; sometimes resulting in people losing consciousness, only to be revived so as to be able to receive the remainder of the assigned lashes. People are encouraged to ask for more lashings as this can result in the reduction time of the sentence. The scars from such beatings – physical and mental – are not so easily healed.

Some families lose their fathers and husbands – the sole provider – with no warning and no notification of his arrest. He vanishes into the system and families are left bereft and afraid.

Bribes are steep. When work is very difficult to come by, and workers vulnerable to manipulation and extortion, where does this money come from?

In comparison, a most striking event happened to a friend of mine around the same time as the crackdown. As a blonde, blue-eyed foreigner in Malaysia, she tends to stick out in crowds. One day while walking home she was stopped by three police officers. They pulled over and poured out of their cop car – not to check her passport or visa but to ask if they could take photos with her. It was a bizarre moment to hear about, as this version of reality is unimaginable for some.

When fears of deportation and brutality are a close reality, each decision has to be weighed and calculated. One refugee family I know recently suffered a robbery. The stolen items included their UNHCR card – which I am told will only be replaced with a paper copy – as well as cash and other cards. Another family had to find a new home quite suddenly last month. Their landlord decided to end their rental contract and shut off the power. Forced to leave, they asked for their deposit back (which is 2 months rent) but the owner refused. When I heard these stories, I was struck by how difficult these decisions are. In these situations, do you call the police? If you do, will the police address the crime or are you putting yourself at risk as an undocumented migrant?

Reporting to the police is a gamble. There is also a language barrier and time to consider. A friend who had to make a police report told me that it can take over 24 hours – a full day at the police station. In the cases above, the first family made a report but the second family did not. Each had to weigh what they had to lose in order to survive.

My first few weeks in Malaysia granted me the opportunity to visit UNHCR headquarters for a talk on Sexual and Gender Based Violence awareness for Afghani communities. Four women showed up (a veritable success by UNHCR standards as only one woman attended last year). What stands out in my memory of this talk was the discussion of sexual harassment in the workplace and how to deal with it. The response – call in the male protectorate. The case workers guided the women to the answer ‘call the police’ and file a report.
I was left with the question: what about afterwards? If the harasser was not convicted, is there any protection (both personally and professionally) for the woman after the police leave?

The answer was no. Which leaves me thinking that perhaps the women had it right. For some, calling the police does not mean protection, but rather increased risk.

Through this internship, I’ve been fortunate to be placed with an organization that has provided the opportunity to hear about some of the experiences that the undocumented migrants, refugees and asylum seekers face. I have chose to share some of them with you here. However, the space to speak and protest is denied to many of the people I have met. Speaking out, advocating for rights and asking for help, is fraught with political and personal danger. Listening to these stories continues to bring to light privilege and power that I wasn’t even aware I had. It also has been both horrifying and sobering in many cases. While I am sometimes struck by the sheer hopelessness of being trapped in a life you have little control over, I find that more often than not, in the face of these challenges people only strive harder and live their lives the best they can.

Torture By Judicial Caning in Malaysia

Hello! My name is Marlin Beswetherick. I'm currently in the process of achieving a degree in Anthropology and have had the amazing opportunity to be part of an NGO called MSRI in Malaysia. I feel incredibly thankful to have been part of CAPI and QEScholars (I cannot believe my luck)! I hope you enjoy my blog posts and please let me know if you have any questions! I'm always happy to chat.