Will Howling – Blog 2.5: 6 Quick Takeaways from Living in a Rural Indian Village 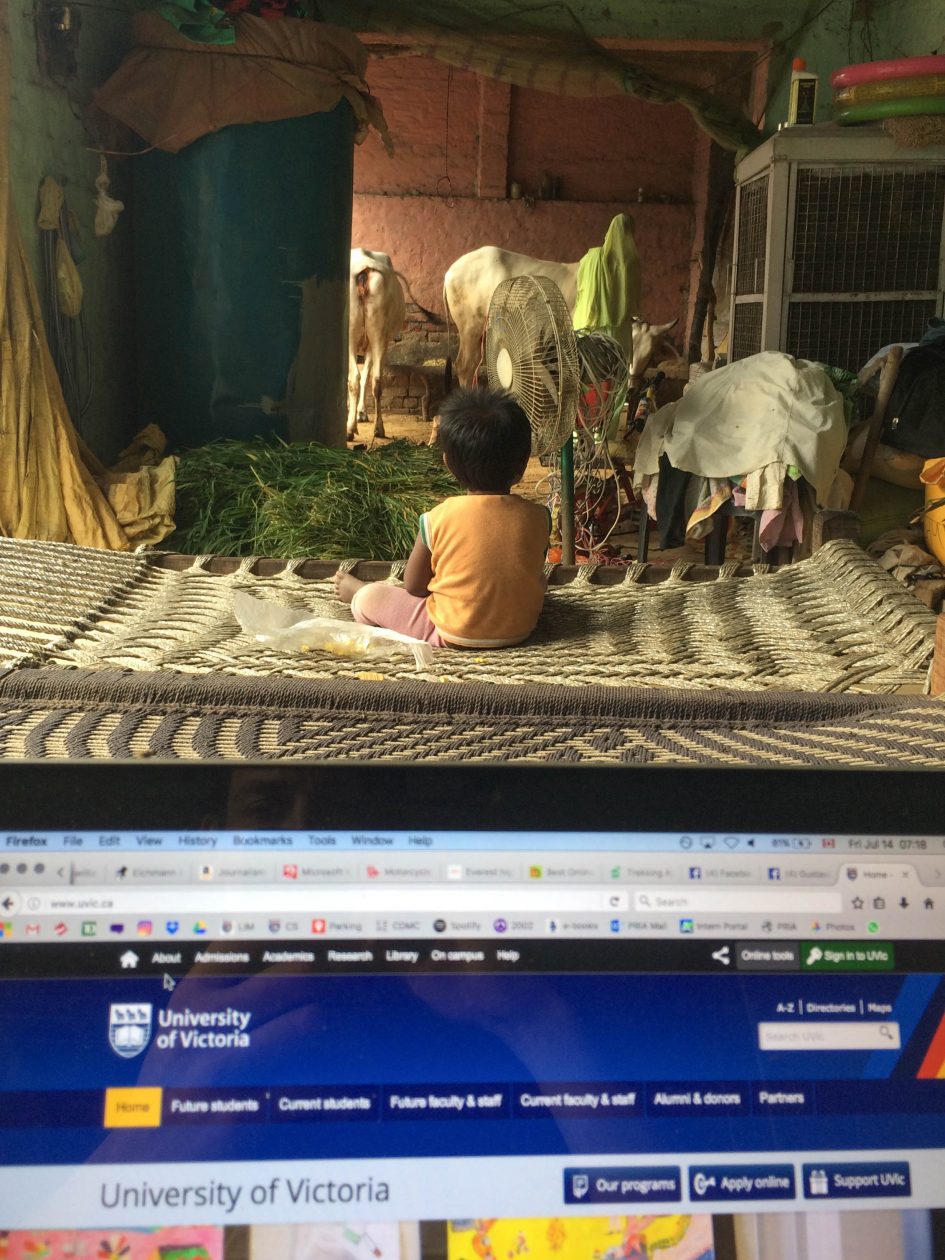 I’ve just returned to New Delhi from 3 weeks living in a rural Indian village called Namunda in the state of Haryana. I was living as part of a joint family (8 adults, 3 children, across 3 generations) in their home, and a man named Dashrath was my host. Before going there I was excited for what lay ahead – I’d grown up in a rural part of Canada so I thought maybe I could find some comforts in the more agrarian surroundings. I wasn’t wrong, but I also was unprepared for the culture shock that was to come. Without further ado I present some of the more surface-level impressions I left with.

1 – Patriarchy is inescapable
I have to start on a heavier note. While people familiar with the culture in either Haryana state or in rural India will say I’m beating a dead horse, and others could argue that patriarchy is omnipresent in Canada as well, it was the first time I’ve lived somewhere where masculinity is such an overt privilege, and women are so obviously excluded. Living in this place amongst a typical family provided me a clearer perspective on the very different roles men and women occupy in the village, and how clearly different my life experience was as a man.

Anita, the wife of one of the brothers, once lamented to me: “life after marriage becomes very difficult.” This is because when a woman marries (and her family provides a hefty dowry to have her married), she moves into the house of her new husband, and must care for him and his family. The two daughter-in-laws of my host family attend all the cooking, cleaning, and child-minding tasks of the house from dusk until dawn. Literally dusk until dawn – they work from 5am until midnight or later, every day. While men are free to roam the streets and take jobs, these two are almost never able to go outside the home. While men are free to dress as they please, and can even wander shirtless, women will only ever appear fully covered in traditional dress, and often a daughter-in-law will cover her face with a veil when she is around men other than her husband. Once a woman ‘graduates’ to the status of mother-in-law when her son marries, she can then pass on her chores and housebound status to her new live-in daughter-in-law. Gender seems to inform nearly every aspect of one’s life trajectory here.

2 – Land is really expensive here
In Ontario, farmers have been alarmed (or elated, in some cases) that the average price of agricultural land has shot above $10,000 per acre, a new high for the country. In 2015, the national average in Canada was $2683 per acre. Contrast that to Haryana state where an acre of agricultural land currently costs between $50,000 to $1 million.

This is an issue since many people who live in the village depend on agriculture but own no land, nor will many of them ever be able to at current prices. Typically agriculture is conducted on the basis of smallholdings, where a family rents a small plot for their use. After paying for inputs farmers profit only a very small amount and for most this is their primary source of income. Very few people in the village actually own land, typically holding between 10-30 acres, leaving this “landlord” class with a lot of wealth and power. Luckily higher land values don’t seem to have yet translated into correspondingly high rents. 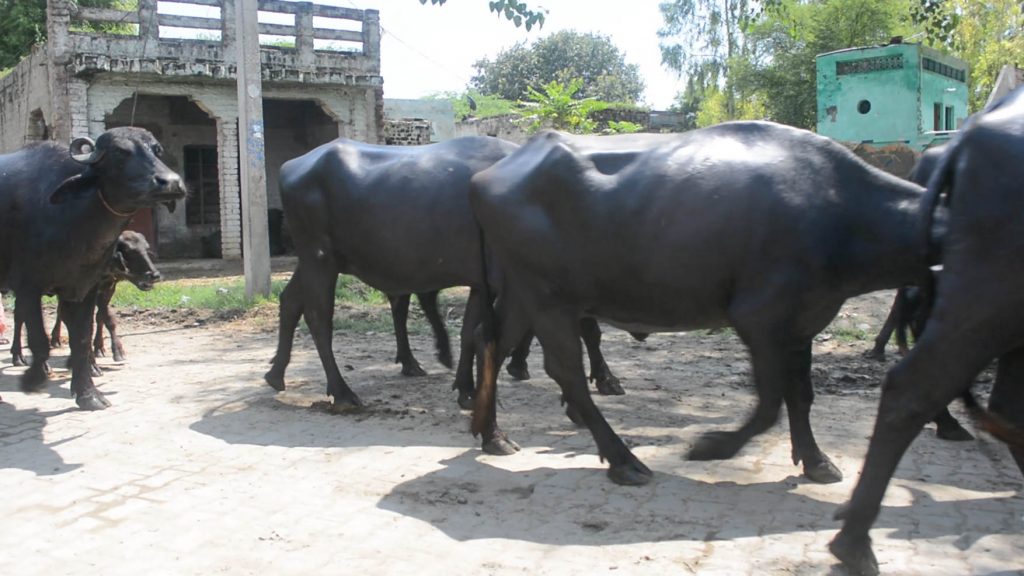 3 – Water buffalo are life
In India, agricultural cattle enjoy sanctity that is embedded into law at the highest levels. I would argue that it’s water buffalo who are truly deserving, though. Far more common than cattle, almost every family in Namunda has water buffalo. My host family had two water buffalos when I arrived, and purchased two more young calves while I was with them. They explained to me, “if you do not have water buffalo, you are very poor.”

These funny looking bovids are not at all popular in Canada, but here they are perhaps the second most important source of livelihoods in villages like Namunda. Firstly, they produce milk and are the principle source of milk in India (especially for delicious Indian-style chai). Water buffalo produce more milk than cattle, over a longer span of years, and with a higher fat and protein content. Secondly, if you buy a young buffalo and raise it, you can sell it for quite a tidy return in just a couple of years. Buffalo dung is also widely used – it is diluted and used as a material for making floors, or mixed with straw, dried, and then burned for cooking fires. Buffalos are even important enough to get their own mosquito-netted enclosures to protect them from vector-borne illnesses at night. 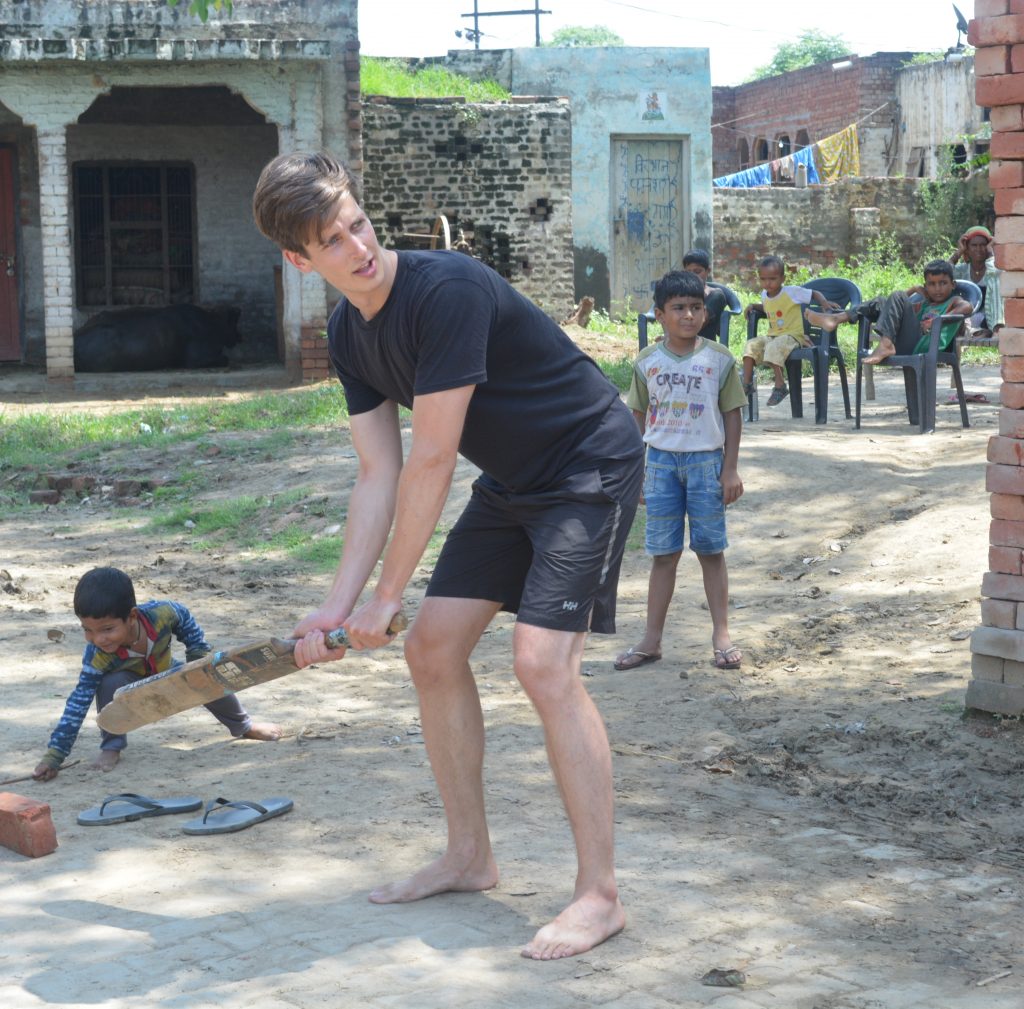 4 – If the heat doesn’t get you, the mosquitos will
Haryana is hot. With a heat index regularly over 45 degrees and an unrelenting sun it’s a place where even the locals have trouble dealing sometimes. Intermittent electricity doesn’t help – we usually had power for about 2 hours during daylight hours, and luckily our house had a 12-volt battery backup with an inverter, meaning we could generally run a ceiling fan during the hottest hours at least. Never before have I known the luxury that a single ceiling fan could bring to my life.

Dusk ought to bring reprieve then, but it comes with an entirely new struggle: mosquitos. The water-intensive nature of the crops grown here (such as rice) involves extensive irrigation that means lots and lots of standing water. This is also the ideal habitat for the leagues of mosquitos that swarm the village every night. Mosquito-borne illnesses are common here, especially among children. In one enclave I visited, out of three families I talked to, two of the families had young children who were dealing with illness attributed to the mosquitos. 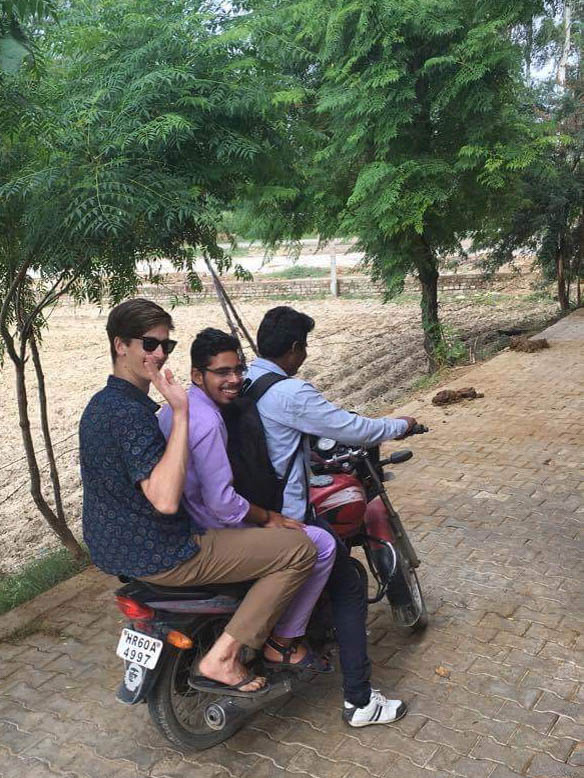 5 – Solitude is a privilege
Living in a nuclear family in a typical western multi-bedroom home allows lots of time and space to be alone if one chooses. That simply isn’t a reality for people living in a large joint family in a house that might only have one or a couple of rooms in total. My host’s home had two bedrooms; each occupied by one of the two married elder brothers and their wives and children. The rest of us (grandma, grandpa, the other two younger brothers, and I) slept on cots either under the shelter of the roof that covers part of the yard or in the yard itself. It’s rare to have a space that you could claim ‘ownership’ of – everything is shared. I stowed all my possessions atop an old piano bench in the common area, and that was that.

Canada’s population density in 2011 was a little under 4 people per square kilometer. India’s at the same time was approximately 100 times greater. It makes sense, then, that you just see more people around here. People come and visit your home (or you go and visit theirs), congregate on the streets, in the shade of trees, or around the irrigation wells in the fields. In 3 weeks of living in Namunda, I can’t recall any time other than bathing or using the washroom that I was ever alone (sometimes not even then), which is a very unusual feeling coming from a culture where individualism and solitude is just so normal.

6 – If you want to eat well, get out of the city
Lastly, the food! Oh the food. Of everything I’ve eaten in India so far, none of it could really compare to the home cooking I was blessed to experience while in Namunda. I’m far from a foodie but I was beginning to lose hope. A lot of what I’d tasted in Delhi or elsewhere – while good – just wasn’t meeting the “hype”. I wondered if the liberalization of India’s economy in 1992 had just ended up flooding the market with pre-made spice mixes, low-quality substitute ingredients, and mass-produced pre-packaged foods, thus permanently degrading the culinary traditions here.

Luckily I was wrong. In rural areas, it seems like the cooking traditions are alive and well as they have been for centuries. Chapattis are still cooked over a fire fueled by wood and dung in a traditional ‘chulha’ clay stove. Spices, garlic, tomatoes, and chilies are ground by hand (and stone). And nothing is as sweet as mangoes and pomegranates plucked from trees that line the river. 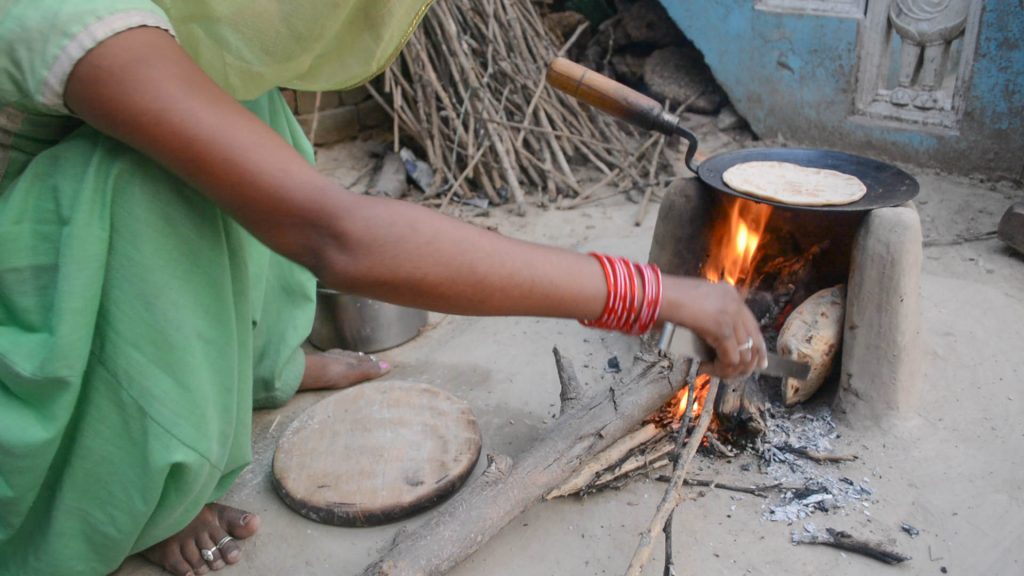 It is difficult to do justice to any of my experiences in Namunda in writing. Life there is radically different than in New Delhi (just 70km away), to say nothing of in Canada, with so many complex challenges, intersections, tensions, and dynamics that I could never really completely understand as an outsider, or communicate adequately. Still, though, I hope I’ve managed to share just a small part of the invaluable perspectives I gained.