Loreen Regnander – Blog 2.2: Lost in the art of translation – Stories of the Swachh Bharat Mission (SBM) in Sunderkera 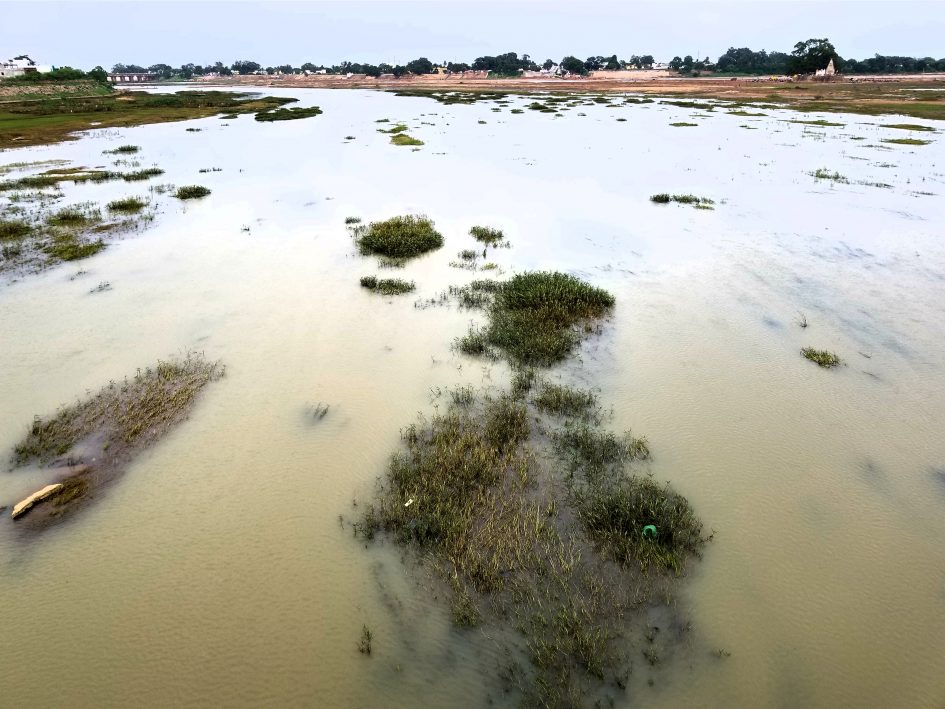 August 11, 2017
This report will discuss my visit to the village of Sundekera, where I met with various community leaders and frontline workers, where we spoke on the successes and failures of SBM in their village community.

Sunderkera a small village approximately 25 km away from Raipur, Chhattisgarh – with about 2,500 population size and 500 houses on about 860 hectares of land. We arrived at the village community meeting center in the morning, and were greeted by members of the Panchayat and various frontline workers. Overall the gathering consisted of about 15 women and 10 men. 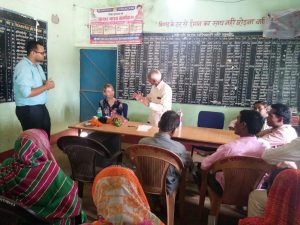 One thing I must immediately draw attention to is the importance of translation. “Translation is an art” it can be stated, and therefore in order to receive true accurate responses from the people being interviewed, the question must be perfectly translated to convey the underlying emotions and narratives to the questions being asked. This is something I had not really considered until trying to communicate with a group of people whom I was not able to communicate with. It was important to me that my questions were not being translated as aggressive or intrusive, that the exact words with the exact same meaning were being used, and that they were in fact posed as questions and not demands or statements. What may seem as such small obstacles can have significant impacts on the information being received, as well as how the people you are communicating with perceive you.
The meeting began with a formal welcoming, and designated natural village leader, Mr. Tikaram Patel led in to the discussion of the Swachh Bharat Mission (SBM) in Sunderkera. He began with highlighting the various positives that SBM has had within the community; how many toilets had been built and the various positives this has had on the overall cleanliness of the community in regards to open-defecation.

However, even though many toilets had been built in Sunderkera, they were not being used as intended. Mr. Patel continued to explain (multiple times) that one of the biggest issues that Sunderkera is facing with SBM is that of water scarcity, amongst other issues like inadequate toilet construction due to inexperienced contractors. Most of the time, there is simply no water available to use in the toilets. Hearing this was reaffirming for me in that, I was right in my previous concerns about the lack of future climate change and environmental threats being addressed within the SBM. I didn’t even have to ask my pre-thought-out questions and concerns about water scarcity and climate change, Mr. Patel answered all of them within the first 45 minutes of us being there! Which again, begs the question that is; who is actually speaking to and listening to these communities? He continues to describe the disturbing changes in water availability and monsoon patterns over the past 10 years, which he says, “is a result of global warming” and “We were told to just collect more rain water from our drinking wells or the local pond to use for the toilets”. Currently there are about 14 wells/drinking water pumps in the village, however only 3-4 of them are in working condition. This means that not only are drinking water resources not readily available to nearby houses, but collecting extra water to use in toilets seems less than ideal or efficient. 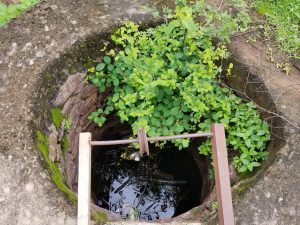 Additionally, contractors who were hired by the village leaders to complete construction were inexperienced and untrustworthy, constructing inadequate unusable toilets. Upon hire, it was agreed that they would only be paid after the village received funds from the SBM scheme, which half way through construction, the workers began demanding funds, and because of the 3-month holding period of SBM, they had no funds to give. Furthermore, even after the 3 months, funds were still being withheld because the toilets were not being used because they were either poorly constructed or they had no water. To this day, the village has not received all funding for constructing toilets, but they are considered to still be open-defecation free (ODF).
“The issue is that every village was given the same amount of funding regardless of their geographical location” Mr. Patel accurately points out, “this was a big problem, they don’t consult with us, they didn’t understand our needs.” This highlights the absolute importance of conducting extensive, community-rooted qualitative surveys that take place in the form of simply listening, observing and spending time within the communities where such plans are being rolled out.

PRIA (Participatory Research in Asia) played a big role in Sunderkera at this time, by educating, motivating and empowering community members to gather local knowledge and carry it forward to Govt bodies. This resulted in a water storage tank plan to be drafted by the village of Sunderkera alongside PRIA, to collect and store water from their local pond, Mahamaya (which is fed by the Mahanadi River.) The plan was presented it to the Gram Sabha, who then presented it to the CEO Jila Panchayat, who has since approved the plan, but there are currently no funds to be allocated for the building of the water tower, so these issues remain. 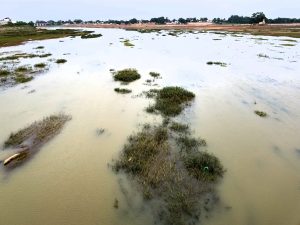 Meeting with Sunderkera shed some very important light on the darker side of SBM, and moreover, how these top-down government schemes often fail on so many levels, including building trust with the communities they are supposed to be lending capacity to. These issues of water planning and water governance are altogether missing from the SBM statement and objectives, which is likely why it has been such a failure in some communities and will present large scale future challenges in the face of climate change and increasingly severe weather patterns. I did not see the same level of passion or optimistic inspiration at Sunderkera that I had experienced in Donde Khurd, and instead heard about the inadequacies of ill-thought out Govt schemes that, while may have great potential, fail by the accumulation of skipping crucial steps in the planning and implementation phases of such projects. 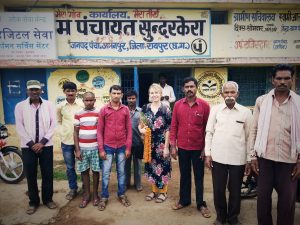