Loreen Regnander – Blog 3: Anarchy! in… the heart of India? 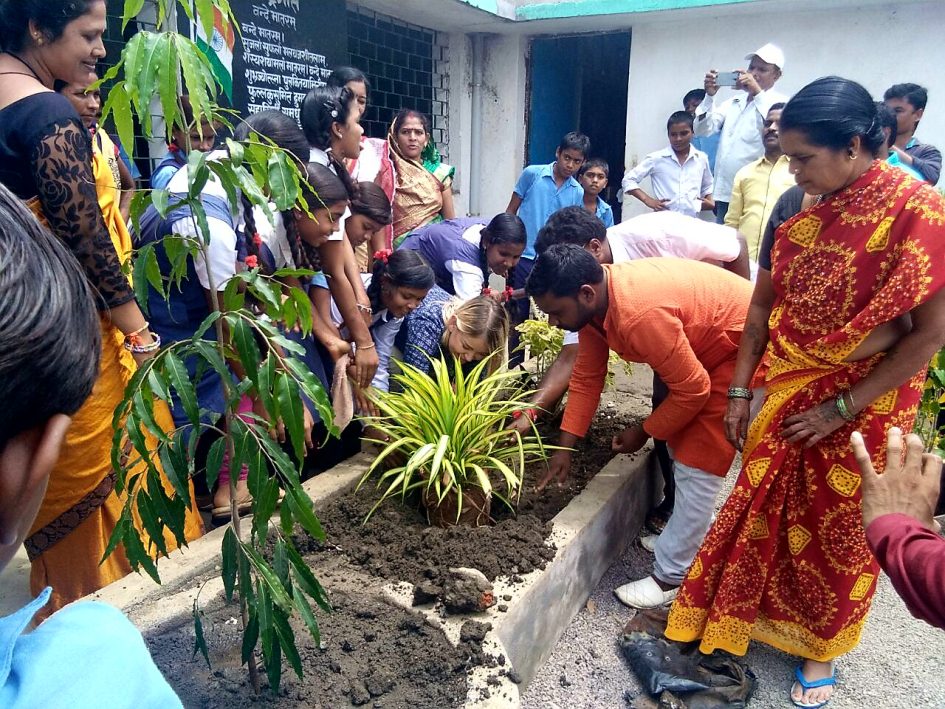 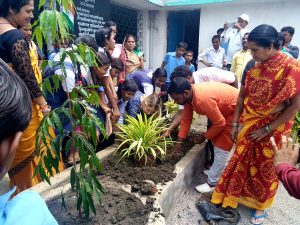 I have struggled with figuring out the ways to express all that has been accumulating in my head over the past couple of months I’ve spent here in Raipur, Chhattisgarh. I struggled with my purpose, my project, my representation, my place, my role, my thoughts and notions. I have also struggled with what I am learning, what I am grasping, what I am taking away. I am constantly struggling to make sense of this world around me, so much so that oftentimes it feels like I am in another world altogether than what less than 4 months ago, I knew not existed. I have had great opportunities to meet with and engage with some of the rural communities in the villages of Chhattisgarh, and at times I almost feel like I am on a rollercoaster where my head and brain is being whipped back and forth, all while trying to grasp and hold on the handlebars that is information, knowledge and experience.
Sometimes I find myself in a panic, worried that I have not retained enough, that I have forgotten or that I will forget, so I frantically take notes, record audio and sketch images so as not to lose them. This as a result sometimes causes me more panic as then I am too consumed by technology and therefore I am now missing out on the authenticity of such experiences, and consequently I should just trust in my ability to absorb what is currently happening, right here, right now. My experiences in India over the past few months have been varied, I have grappled with the ideas of equality, justice, activism, change and democracy, where I witnessed innumerous forms of oppression, suppression, injustice and failings of the Indian so called democratic system. In this tangled web, lined with nameless power and faceless corruption bound by greed and individual gain. But, I have also witnessed groups, people, communities and individuals rise above the ashes of a failing system, hurdle the sky-high barriers of societal, economic and environmental inequalities; and lift each other up on the already heavy bearing shoulders of one another. This is me, trying to describe what is so often just simply indescribable in my daily life here in India, but one word that sticks, that continues to have a permanent place in my mind and vocabulary since arriving in India and that is community.

Me in Donde Khurd, Chhattisgarh, participating in weekly shramdaan. 2017.
It was in the communities that I found my inspiration for this topic, and what ultimately could only be proudly exclaimed as the beautiful workings of communitarian anarchism, playing out before my eyes amongst the villages and informal settlements of India. For me, when visiting these communities, it became clear that there was more at work than simply top-down political authority and incentive based government schemes. Instead, there was an air of community resilience and responsibility for each other that I experienced when going to these places. I first saw this when I was invited to participate in a weekly shramdaan in Donde Khurd, a village about 20km outside of Raipur (shramdaan which originated from Gandhian term Sarvodaya Shramadana). I suddenly felt my life in Canada as I knew it had been lacking so much. There was an atmosphere, that wasn’t centered around profit or selfishness, instead it was moving, like an energy amongst the people, gathering, speaking to each other, working together, helping each other, seeing each other, laughing, children helping, watching, learning, elders helping, leading. It was a force, like nothing I had ever seen. John P. Clark, in his book “The Impossible Community” describes this as something the “overdeveloped world” could learn and make use from, as “for all their material wealth they are poor in authentic communal life and poor in techniques by which people can shape the destinies of their own communities” (Clark, J. P., 2013). I couldn’t agree more.
Trying to find answers to the underlying values of the communities I was visiting led me to the Gandhian movement, and how it emphasized the importance and necessity of community-based direct action. While advocating for the retreat of centralized power, Gandhi believed in satyagraha, as a process which “is effective because it awakens the community to the enormous reserve of power that it possesses but ordinarily fails to recognize” (Clark, J. P., 2013). And so, I couldn’t help but think that my experiences here so far in the villages and communities of India reflected the same community based values that were originally inspired by India’s Father.

However, what often goes unrecognized is the deepest meaning of satyagraha is rooted in anarchist traditions which aim to find the common good or the “welfare of all” (Clark, J. P., 2013) and Gandhi’s vision of satyagraha presents a powerful and historical example of community-based possibilities for not only realizing a common good, but the ways that direct action is an important way to get there. Further to this, when satyagraha is effective, it allows for the community to be awakened to the wealth of power it inhibits on its own, which creates an opportunity where through this realization, new and better realities become possible. This isn’t to disregard the vast complexities of highly marginalized groups that are threatened by violence and famine and many other forms of extreme oppression, whom may not even have the capacity, strength or willingness to amuse such forms of action. However, these communities would benefit the most from a larger communitarian movement, to strengthen existing and rebuild new; creating a community of communities.

The various experiences, communities and people I have had the pleasure of meeting and interacting with here in the villages of India have not only shown that such perfect examples of community-based direct action, but have left me longing for more of this in my life back in Canada. Meaning, we all need to learn from each other, and support each other, without pride and prejudice, hierarchy or class. Globally, we are a global community and when people have the opportunity to come together, with a common purpose of achieving a greater common good, socially and ecologically/local to global, the possibilities are limitless and the whole world benefits. As I mentioned during my time in Donde Khurd, there is nothing that a village who works together and supports each other cannot achieve together.