This is my second blog post on the CAPI blog website. I discuss my experiences with earthquakes and things I’ve learned about disaster preparedness since my arrival. I reflect on and assess my own sense of preparedness in the case of an emergency.

The couple of weeks I’ve been in Japan have gone by in a flash. Everything is new and exciting, and the culture is vibrant. Japan has amazing technologies and standards that have surpassed my norm – and yes, I mean the toilets with the 50 buttons for your extra comfort. Although I am experiencing some kind of culture shock this place seems very familiar. I believe it’s because of how structured and organized everything is. Even the train platforms have arrows and neat little standing lanes drawn on the ground for where people should stand and what angle to board from. It didn’t take me long to make sense of the organized chaos and become part of the hive. 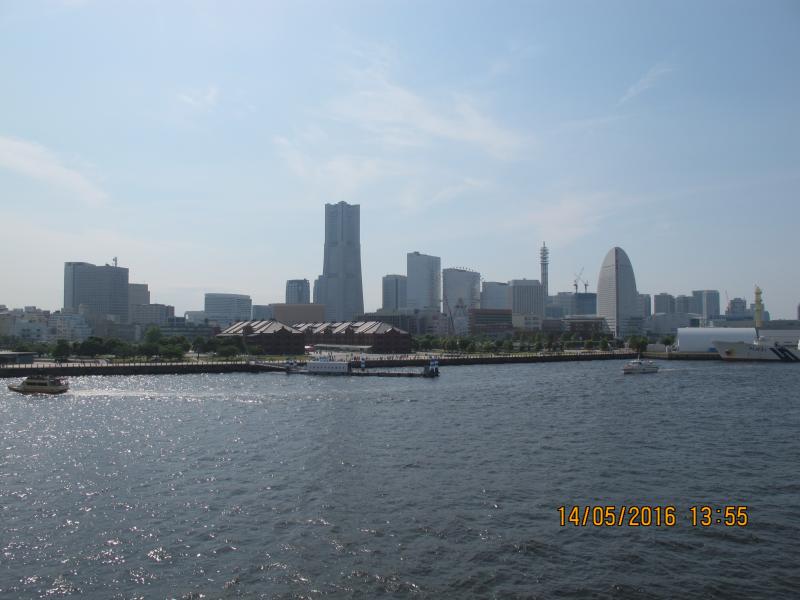 Image: Yokohama – From the port 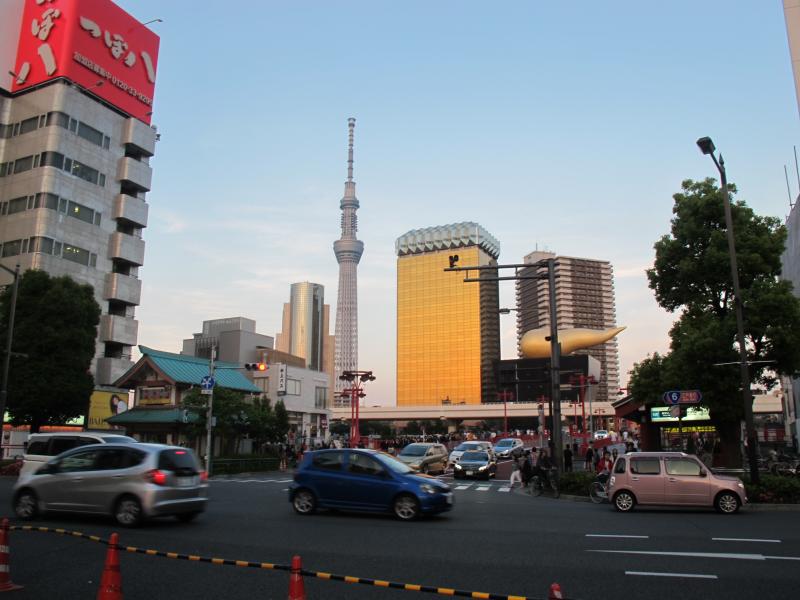 Along with what’s on the surface they have certain regulations and policies to optimize the population’s quality of life. One of the most important (in my opinion) is the disaster preparedness I’ve witnessed. Coming from another country with similar views on disaster preparedness I was very impressed with the earthquake resistant buildings and organized emergency response.

During the short time I’ve been here I have experienced two earthquakes that sprung me out of bed, and a few moments where I couldn’t be entirely sure – maybe it was just my neighbour shuffling things around.

Before coming, everyone had been preparing me for the likely event earthquakes would happen. Even with this prior knowledge and the assurance the buildings I would be in or around were safe, the relatively “small to normal” (by Japanese standards) sized earthquakes made me feel scared, unsafe, and unprepared. Scared mainly because I was shocked and confused, unsafe because the idea of the building collapsing crossed my mind, and unprepared because I definitely didn’t have enough food or water to last me more than a day and a half if it was a serious situation. AND if that wasn’t enough to freak me out when the emergency announcement came on, it was all in Japanese – for those of you who don’t know I basically know 5 phrases in Japanese. For all I knew we were being attacked by aliens.

Not knowing what was going on or what the standard earthquake protocol in my dorm was (super unprepared, I know) I walked out into the hall and looked around to see if any of my neighbours were following some sort of procedure – shockingly, or not so shockingly, the hallway was completely empty. I poked my head into the library on my floor and noticed a student still working away on a paper, completely unfazed about what had happened. Now feeling a little silly and paranoid I knocked on my neighbour’s door who I had met before. I asked him if he feltthe earthquake and what the normal procedure is for earthquakes. He (and his friend) said they felt it, and then he thought for a little while before agreeing it was on the “slightly larger than normal” side and that it would be a good idea to go down to the office to inquire. We made our way down in the worst possible manner after an earthquake– we took the elevator. I was the only one that seemed uncomfortable with this decision, but we managed to come out alive.

The man working at the office also seemed very unfazed and told us it wasn’t too big and not to worry. He explained that living on the 13th floor would make the earthquakes seem larger because the building is designed to sway, and when you’re at the top you experience a wider range of motion. All of the assurance and reassurance still didn’t help me sleep easy that night.

The next day I had sparked up a conversation about the earthquake with a co-worker. She again told me about how safe the buildings were and the frequency in which the citizens experience earthquakes. Working in disaster management she reflected on the fact that people seem to be so unfazed by these earthquakes, particularly in countries with more durable infrastructures. Everyone is so used to them and their infrastructure is so resistant that they forget these earthquakes have the potential to be very dangerous. Even with common knowledge about the frequency of earthquakes in Japan, many people don’t have what’s needed in a real emergency or have stopped reacting to the potential of an emergency. While some countries might lack the infrastructure, disaster preparedness and risk reduction management, their experiences through natural disasters create invaluable lessons and are more likely to react or get involved in grassroots risk reduction initiatives. Knowing about disasters and experiencing one produces two very different viewpoints.

So why was I so terrified of this relatively small earthquake? Which I might add, was a magnitude of 5.6, that’s not THAT small.

To give you a glimpse of my dreadful experience with earthquakes prior to Japan, I will transport you over to El Salvador in 2001. My mother and I went to visit our extended family over a period of 3 months, and on our last day we decided to have a goodbye dinner at my grandmother’s house. Everyone was eating and mingling outside when a relative told me to go inside to grab an extra chair. Moments later, holding a chair over my head walking through a hallway, I was knocked over onto my side. I thought my vision was going because everything seemed to be blurry and vibrating, but as soon as I realized that it wasn’t my vision I got up and ran out the door to where everyone had congregated outside of the front gate. The earthquake was around a magnitude of 7.8 and caused devastating damage, thousands of injuries, and hundreds of deaths. Luckily the town we were in was one of the safest places to be because of the bed rock material. Even still, we witnessed walls collapsing, glass breaking, and the ground splitting. Our flight was delayed two weeks because of the damage, while aftershocks happened every day –too many to count (and continued to happen months later). Our sleeping arrangements became sleeping on a mattress on the floor of the living room with the door open to ensure a quick getaway. Even with being relatively safe and getting to leave 2 weeks later I still experienced and witnessed the realities of a devastating natural disaster in a country without the earthquake-resistant infrastructure set up. That is something you can’t forget.

Moral of the story: stock up on the life saving essentials and prepare an emergency evacuation plan for you and your family. Being safe (and seeming like a danger police dork) is INFINITLEY better than being sorry.

While we (Canada, Japan, and many countries with strong, durable infrastructure) can endure much less damage from the same sized earthquake (or even larger) due to our disaster risk reduction management, we lack the motivation or sense of urgency in emergencies that may occur. Being born and raised in Canada, I also fall into the same category where my knowledge doesn’t match my actual preparedness for the potential of a real emergency. Experiencing these sizable earthquakes in Japan gave me flashbacks of something I wish I will never have to experience again; but most of all an awareness of those that have or will, and what can be done about it. Interning for CITYNET and learning about their capacity building for disaster preparedness and risk reduction in other Asian-Pacific countries makes me hopeful that we’re helping one another as a global community. Prevention is the key, but community is the foundation and the building blocks. 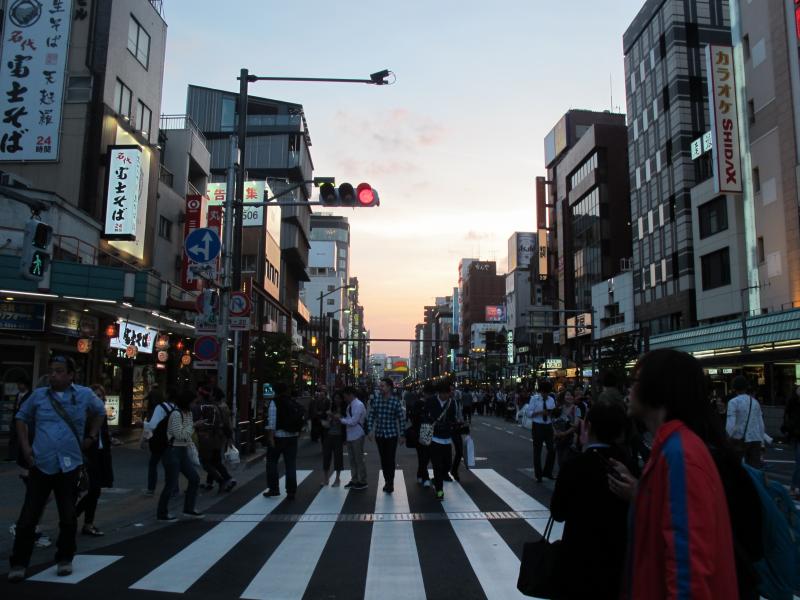