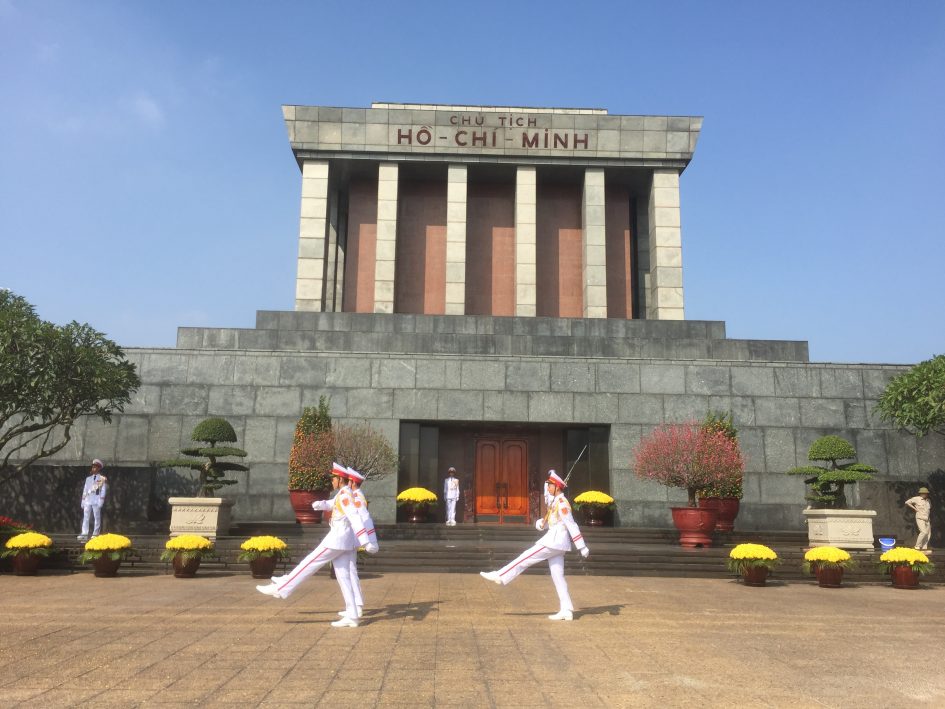 Academics will dread what I am about to say, that, superficial observations too have some value as I am going to offer my “first glimpse” of Hanoi gained in the first 24 hours of my arrival to this charming city of colourfully dressed people – many in traditional attires celebrating the New Year of the Pig. I take these superficial 24-hour observations – for those readers who are already scrutinizing my scholarly credentials – as my “Working Hypothesis”, to be tested during my sojourn in Vietnam. I am a QES-AS Visiting Scholar from the University of Victoria (UVic), Canada to the Hanoi Law University and the Institute of Legal Science of Ministry of Justice, Vietnam. During one of my informal orientations before arriving here, my good friend and the Associate Director for the Centre for Asia Pacific Initiative (CAPI) at UVic, Helen Lansdowne warned me about the Vietnamese coffee made with condensed milk, saying that the coffee is so addictive that her partner gained “substantial weight” – to replace her more starker expression with a milder tone – during their short stay in Vietnam. In spite of that well-meaning warning it did not take me 24 hours to get hooked to that thick drink of condensed milk that smells somewhat like coffee: I gulped 8 large cups in the first 24 hours, and I will be in Vietnam for another four months! 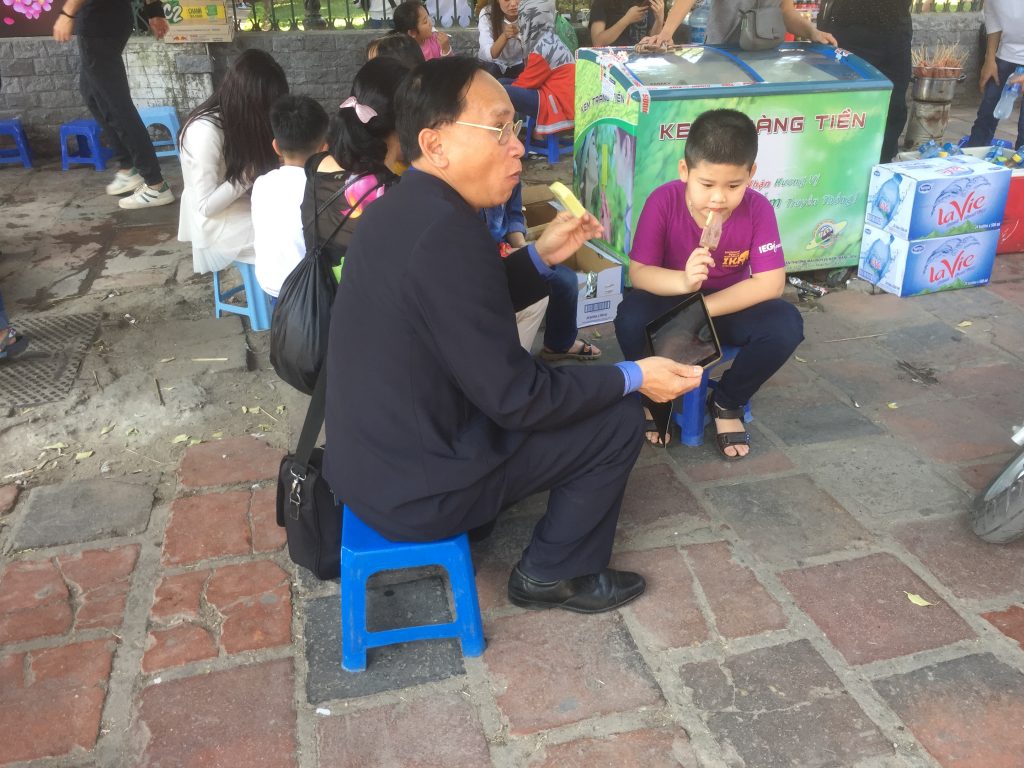 Helen also did tell me that people sit by the roadside stalls for their breakfast and that condensed milk thing. What she did not tell me that people – locals and tourists – sit on tiniest of stools by the roadside while enjoying their drink. From a distance this roadside congregation could look like a public squatting competition. On a closer look, however, the role of tiny stools as savior of dignity becomes clear. On further probing I discovered that the stools are a devise of convenience for street vendors, which they could quickly remove during a surprise police raid, occasionally enforcing the municipal law on unobstructed sidewalks. In addition to dogging law enforcement, in what seems an unfair competition, these street vendors have to compete with the nearby McDonald’s – surely a socialist McDonald, considering the paling of the sign and complete absence of the characteristic red and yellow.

In Hanoi, a coffee (or a “Big Mac”) could cost thousands in monetary value, of course, expressed in Vietnamese Dong. One Canadian dollar is equivalent to approximately 17,500 Dong. Growing up in India, I am not alien to the concept of “zero” – nothingness – invented by an illustrious Indian. However, Vietnam has taken the idea of “zero” to a whole new level. When denominations of Vietnamese Dongs are 5000, 50000, 500000, and for a brief period of time, 5000000 (as Bearer’s Cheque), you miss one zero, you become poorer by millions in the blink of an eye. Being a (reasonably) poor university professor, I could never wrap my head around so many zeros and barely notice the difference between “00000” and “000000”. On my first day in Hanoi, I had a nagging feeling that I paid 400,000 for a drink instead of the actual 40,000. The only solace is that the amount was in Dong, not dollars. I may not, however, be the only one frustrated by the currency. Some seem far more frustrated than I am that they do not hesitate throwing these papers in fire! (Don’t scream yet while reading this: perhaps the bills burned were fake ones, a ritual practiced at the Ngoc Son Temple in the middle of the Ho Hoan Kiem lake in Hanoi.) 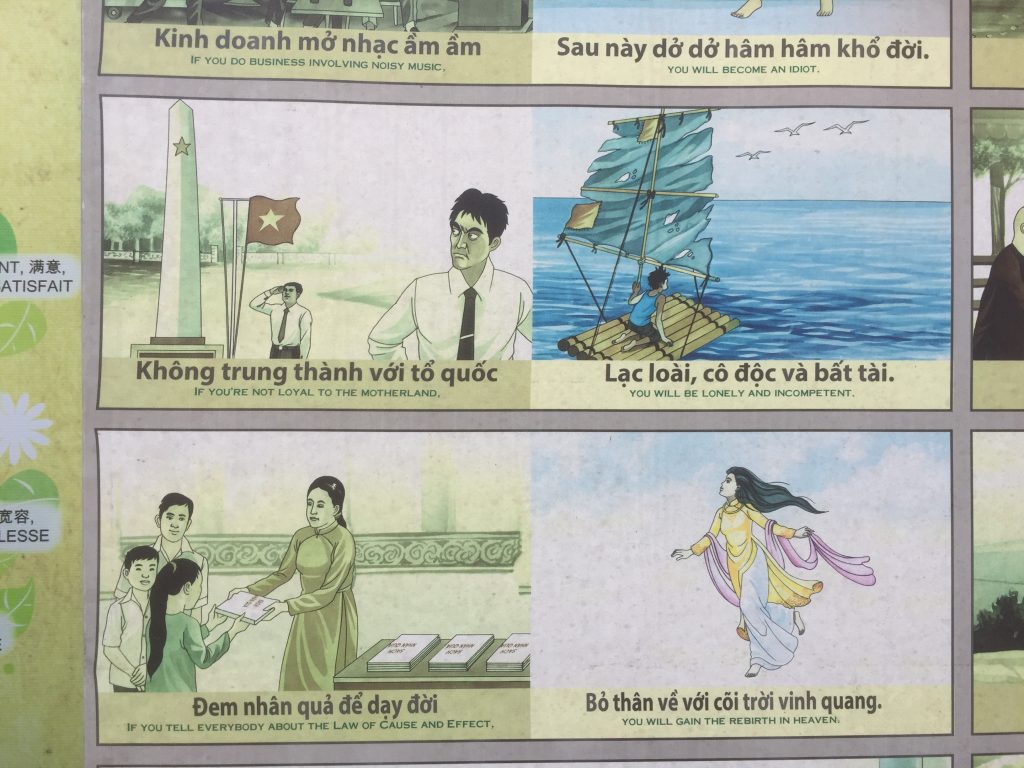 Communism seems to have found a way to live harmoniously with religion in Vietnam. The red flag with star coexists with the colourful Buddhist flag. Teachings of both of these ideologies seem to have converged too. In Pagodas, Museums, and other public places it is not difficult to come across religious and communist “teachings” for the general public – both in Vietnamese and in English languages. However, the tone of these messages often replicates the language of insurance business. Take the following teachings as examples: if you want to go to heaven, you should teach the eternal law of cause and effect to others; or if you do not want to end up lonely and incompetent, you should be loyal to the (presumably communist) motherland. This is not the first time I have come across religious teachings targeted at human insecurities that are generally exploited by the insurance business – several churches employ the same strategy. Although these religious teachings are not unique to Vietnam; I found it surprising that a religion that renounces materialism packages its philosophy in these stark terms.

Perhaps, there is a deeper meaning to all these that I have completely missed. Recall, these are still my “Working Hypothesis”. I plan to revisit some of these issues later. In any case, more than the communist (or religious) teachings, I was interested in the diminutive architect of the nation who lived a hermit’s life while shaping the course of modern Vietnam. Ho Chi Minh’s stilted two-room wooden “palace” is legendary, as is his walks by the mango tree-lined path. What I also learned that the first president of the nation travelled in vehicles gifted by the then USSR and France. In the era of excessiveness, aggrandizements, and greed (“more” becoming “necessary”), I wanted to celebrate the man who could have taught us a lesson or two. But alas, Uncle Ho remained elusive since his mausoleum is closed on Fridays. 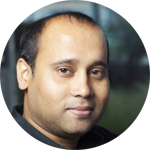 Supriya Routh is an Assistant Professor of Law at the Faculty of Law, University of Victoria, where he teaches Contracts, Individual Employment Relationship Law, and the Legal Process.

Dr. Routh’s visitation at the Hanoi Law University and the Institute of Legal Science of Ministry of Justice, Vietnam, is part of CAPI’s “Regulating globalization in South and Southeast Asia” project, which has the goal of “activating a dynamic community of young global leaders around the world to conduct interdisciplinary research on innovative governance and justice strategies to mitigate the harsher effects of economic globalization in South and Southeast Asia.”