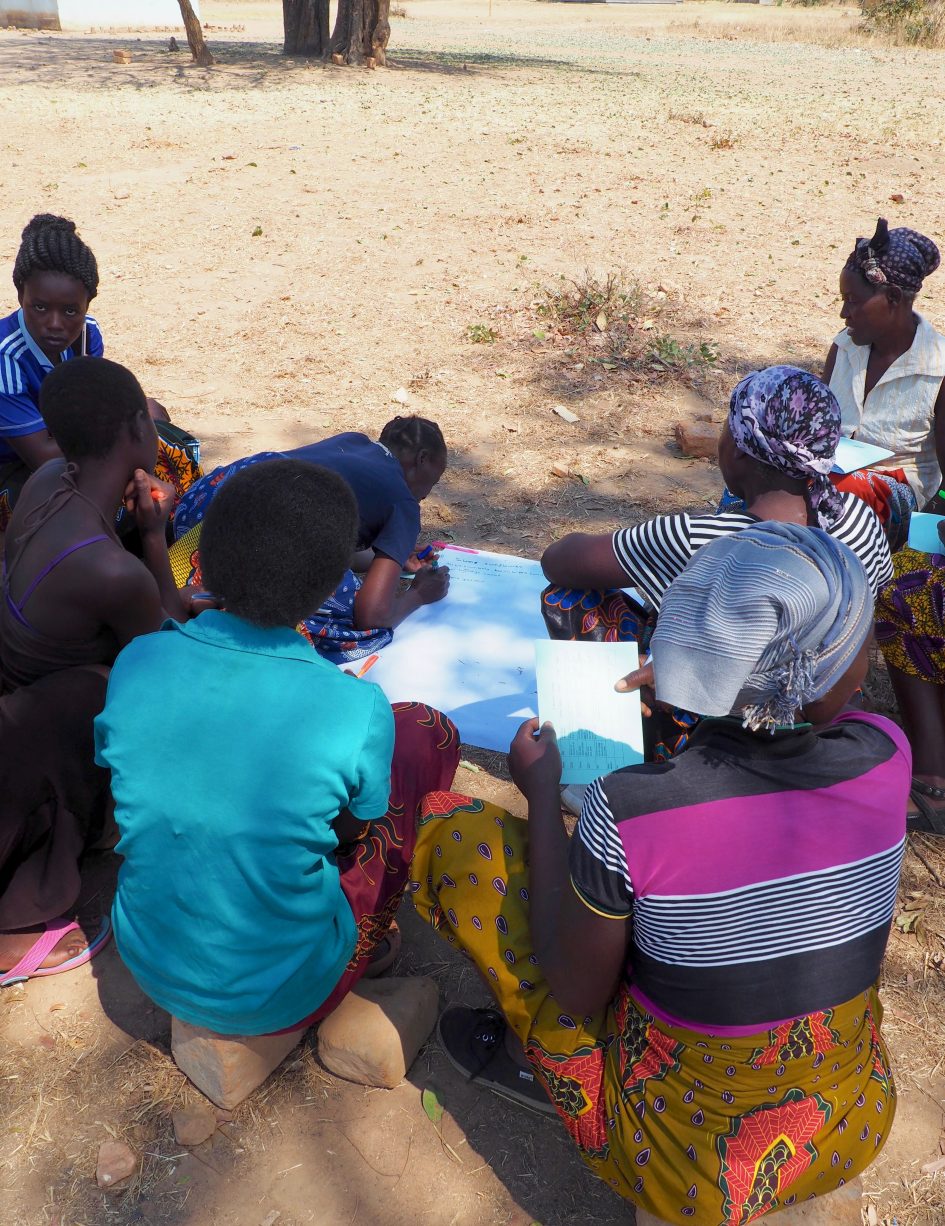 As a part of my Capstone Project I have facilitated discussions with women’s groups on their educational background, barriers to receiving education in Zambia, and how perceptions of educating girls have evolved over the past few decades. Most of the women I work with are between the ages of 30-70 and have been out of school for quite some time. I have also chatted with men in the community regarding their views of girl’s education. All topics discussed in this blog have come from my discussions with these community members and reflect their views on how the value of educating girls has changed over time and the causes for this shift.

I’ve collected a small sample of data to evaluate the range of education levels among the women participating in the Women’s Economic Empowerment Program. Of the sample 40% of the women had no formal education, 10% had less than grade 7 (end of primary), 30% had completed primary school, 15% received some education at the secondary level, and 5% had completed secondary school. The women identified barriers they faced to receiving education, and we had fruitful discussions regarding how these barriers have been reduced for girls nowadays. The biggest barrier facing girls receiving education prior to 2000 was money. Over and over the reason for leaving or not attending school was “takwe mali” meaning “no money”. Prior to universal primary education in 2006, Zambian primary schools had tuition fees as well as parent-teacher association (PTA) fees, uniform costs, and school supplies. For subsistence-farming families, these costs were quite substantial and placed a large burden on families with many children. Families were forced to prioritize which children would be given the opportunity to attend schools and tended to favour educating their sons rather than daughters. Educating sons was preferred as families wanted their daughters to remain home to help with housework and care for younger siblings. They also placed little value on the education of girls as it was assumed that daughters would marry young and become housewives, requiring an education at home on how to run a household rather than a formal education. Until 1991, Zambia also had a policy obligating girls to withdraw from formal education if they became pregnant. In rural Zambia, more than 30% of women will have their first child before the age of 18 so this policy limited the educational attainment of many women. This policy also influenced the decision of parents when choosing which children to invest educational inputs as they were worried daughters would become pregnant and not complete school. Parents were also interested in marrying their daughters young in order to collect dowries and knew the girls would not complete school so saw no reason in investing. Other barriers identified were regarding distance to school, with schools being either completely unreachable or the girl’s being too exhausted from the commute after completing chores to pay attention.

All participants in these discussions unanimously agreed that many of these barriers have been reduced, and that the cultural value of educating girls has shifted to value it equally to the education of boys. Parents have begun to recognize that education is crucial for their daughters to be independent, and with an education their daughters won’t have to rely on a husband to provide for themselves or their children. A consistent reason identified for this shift is that “women look back”, meaning when women become educated, they will share their knowledge to help nourish and grow their family and community. There has also been a realization that more educated mothers are able to raise healthier, more educated children and that this benefits society as a whole and this has also contributed to the increased value placed on girl’s education.

Another aspect of this shift in choosing to educate daughters and prioritizing it as much as educating sons also has to do with two education policies. The first was the Zambian Re-Entry Policy of 1997 which required schools to grant maternity leave to girls who become pregnant and re-admit them 6 months – 2 years after giving birth. This policy shift has reduced the “risk” parents see of educating girls due to the worry they may get pregnant and be forced to drop out. Eliminating primary school fees in 2006 also contributed to this cultural shift as it became more affordable to educate children and parents were not forced to choose one child over another. Although tuition fees from grades 1-7 have been abolished, there still remains uniform costs, PTA fees, and school supplies.

This shift in value placed on educating girls has extremely important to the community as they’ve seen the positive impacts on the health and nutritional status of children, the amount of children a woman chooses to have, and the economic and employment opportunities. It can also increase a woman’s independence and confidence in her own decision. As one woman said: “If a woman is able to be independent and earn her own income, then she’s able to support herself and her children and doesn’t need to be dependent on anyone else.”

These discussions were particularly interesting and informative to me as my research for my master’s thesis focuses on the impact that women’s education has on fertility decisions. I’ve also had in-depth conversations with both men and women about how they decided how many children to have and when to have them. Many of these conversations also highlighted the changing value of education – with many people indicating they’ve chosen to space their children out so they can afford to send all of the children to complete secondary school.