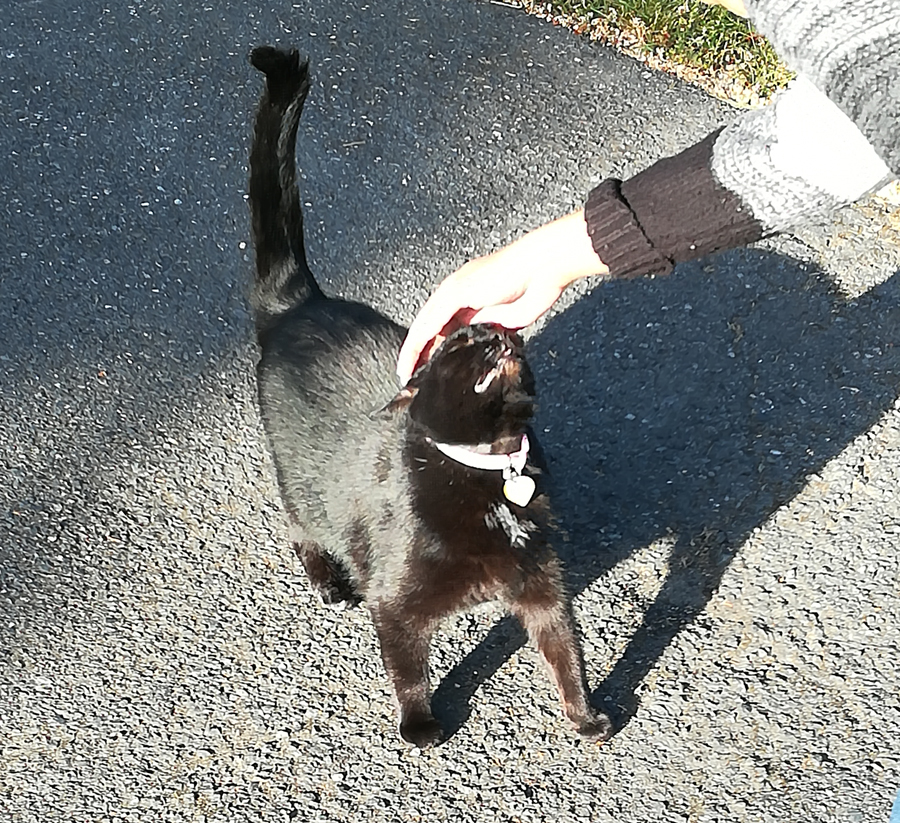 We live in time – it holds us and molds us – but I never felt I understood it very well. And I’m not referring to theories about how it bends and doubles back, or may exist elsewhere in parallel versions. No, I mean ordinary, everyday time, which clocks and watches assure us passes regularly: tick-tock, click-clock. Is there anything more plausible than a second hand? And yet it takes only the smallest pleasure or pain to teach us time’s malleability. Some emotions speed it up, others slow it down; occasionally, it seems to go missing – until the eventual point when it really does go missing, never to return.

-Julian Barnes, Sense of an Ending

I read this brilliant Julian Barnes novel, sometime midway during my stay in Victoria. I found myself reading and rereading lines from the book which I felt as if they were written for me. That’s what good literature does to you- it tugs at you somewhere. I had arrived in Victoria sometime early May and came here with the sole intention of writing. Last semester had been particularly rough, with little time to breathe. On top of it, you can always rely on Bangalore traffic to make sure you lose it sitting in the traffic, if you haven’t during the day already. And of course, there is always a bulb that has conked off or a clogged bathroom pipe that needs attention at home. Sometimes it feels like I am in the video game called Tetris. In the game, these oddly shaped blocks keep falling from above which you have to arrange below. But by the time the game progresses a bit, it feels like all the blocks are to fall down on your head.

I am of course not an exception. This is how life feels like for most people in my city. Some of us are better at ‘time management’, some of us are not- I belong to the latter group. But the pace of life is almost relentless. But that’s not the only reason. As academics, we have learnt to value ‘slow research’. And slow research has always been at odds with this relentless pace. Research entails that you belabour over each sentence you write; over each concept you are thinking through. The speeding up and the slowing down that Barnes talks about, gets interrupted in screechy brakes. One has to learn to ‘protect writing time’, figure out a ‘time structure’ and also prejudge what would be the right ‘time’ to publish your own research. We are constantly trying to manage time, despite the fact that it mostly feels missing.
My favourite story with respect to this is that of Immannuel Kant-the great German philosopher. Apparently, he was so punctual that people used to set their watches when he used to go out on his walks. The only evening he had failed those people was the day he had died. His deep rooted belief in Reason probably made him do eccentric things like this. ‘Reason’ in its full force relies on the idea that the world is fully knowable, in a structured manner. As the Man of Reason, the philosopher of Enlightenment, probably he derived that Structure from Time discipline. Kantian philosophy never had much attraction for me, but I have always marvelled at this story.

The lure of Victoria was precisely in this. Semester was over. I was away from home and the domestic chores. I was also away from friends and all the social obligations. All I was expected to do was to sit and write. Victoria I had heard was a small and pretty town. It sounded just perfect. The anxiety of living in a new place in a foreign land also did not seem too daunting. Having travelled abroad several times, culture shock was the last thing I was expecting to hit me. Victoria is indeed a charming little town. Straddled by the hills and the ocean, with fawns straying into your gardens, it was perfect for writing. Within two weeks I began to recognise people. If I take the bus number 12 at 9:20 in the morning, I will see that Asian girl with green hair. If I take the 39 at 9:45 in the morning, I would definitely see that tall, bald man with shades. It is also an amazingly friendly town. On Friday evenings, many bus drivers wish everyone getting off the bus one after the other, “have a good one”! I found all this amusing. I had not lived in a small town after the age of 18. And in any case, North American small towns are nothing close to South Asian ones. 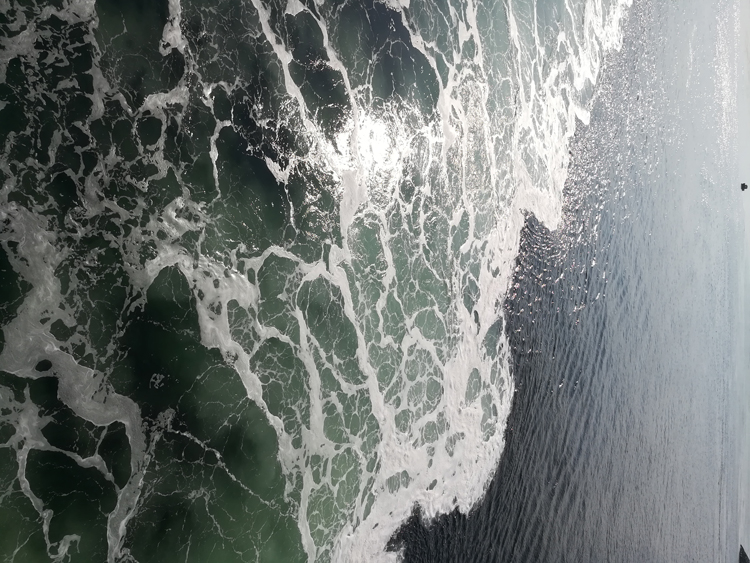 But then soon enough, the loneliness of a small town began to set in. The silence all around began to bother me. The University was in its lean period because it was on a break between semesters. And that is when I realised that Kant had to be more than eccentric. Most places in downtown, shut at around six. There was little to do in that town. But then was it not something I had romanticised in my head all the while? Here was time, lying surrendered in front of me, for me to just do whatever I wanted with it. And that froze me. I was writing and reading at an unprecedented speed, without interruptions but then time outside office felt still. Time would just not move. I had underestimated the possibility that Victoria could possibly cause culture shock and overestimated by own ability to just be with myself.

Slowly and steadily, Victoria began to grow on me. Silence after all, takes some time getting used to, more so for Indians I guess, who are generally loud. The silence allowed me to write, but it also forced me to become calmer, learn to contemplate and face my own demons. The busy life in Bangalore, I had not realised had made me so alienated from my own being that I found my own company hard to be with. But slowly, I began to settle down, in all sense of the term. I reconnected with reading fiction, and running that I barely manage to do these days and most importantly, to be with myself. Victoria challenged me in ways I never thought it would. And I am happy it did.

As I prepare to go home, back to another crazy semester, I go back not only with a substantial chunk of my work written, I also go back with a slightly calmer, a slightly more settled sense of self. Victoria taught me to experience and come to terms with the malleability of time as Barnes would put it. As I look back at the three months I spent here, it now seems to have gone way too fast. Sitting in Bangalore madness, I know I will miss the calmness of Victoria. The new challenge now would be to be centred, to be rooted- the things that Victoria taught me, when all those blocks begin to fall over my head back in Bangalore. 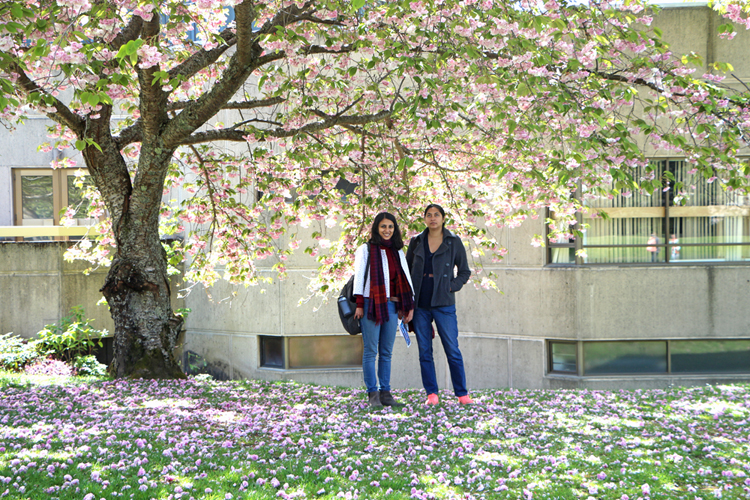 Sushmita Pati (pictured at left, upon arrival at UVic) is currently an Assistant Professor with the School of Policy and Governance at Azim Premji University, Bangalore, India.