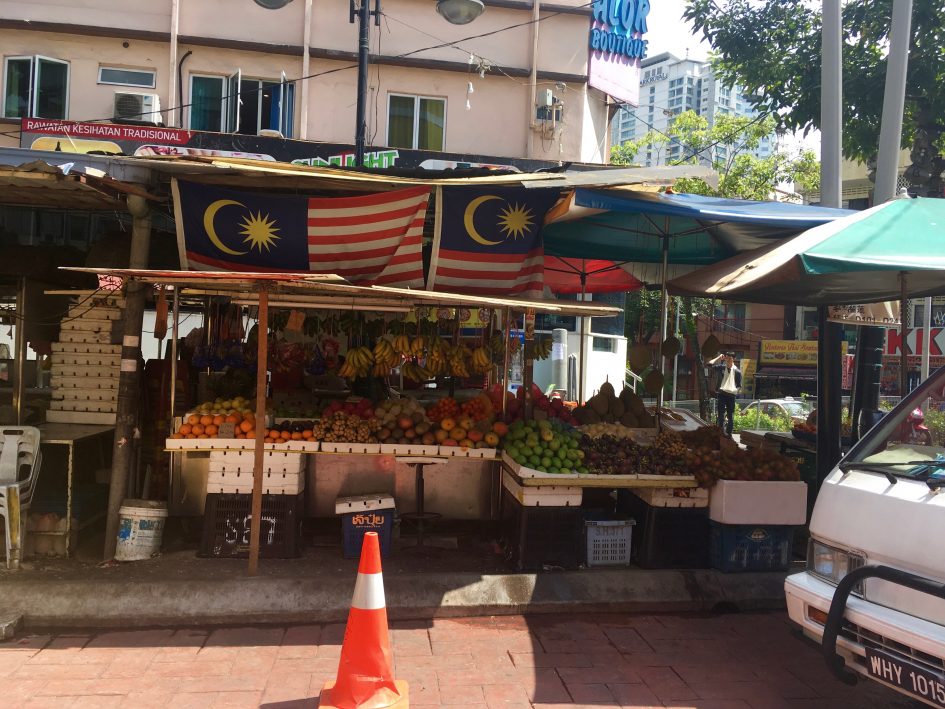 Swathes of countless international airports, bad patterned carpets, tiles and the somehow close companionship of other single passengers through time and space. The limbo of modern travel. Finally, a whirl of baggage claim and then out into the new darkness of night in an unknown city.

Heat. Heat wrapping round my body, curling under my arms, whispering round my ankles and up my legs. It wrapped me in some welcoming, wry embrace as if to make it clear I had arrived to its kingdom and would play by its rules. It filled my lungs and hung in the pockets of my clothes. The first few moments in this new place were spent in a sort of daze drawing in breaths of humid air while my nose reeled with smells of what seemed like everything on this planet both alive and dead. Then into the shockingly cold interior and wheels moving over new ground, my arms cool again though still remembering the blanketing warmth.

I arrived to my hotel with twenty words of Bahasa, the knowledge that the greatest curry puffs in the land could be found at IKEA, and the impression of a busy, peopled streets and a city that promised foot massages, mangos, and pink head scratchers in a single shop about five feet across. It was a craze of lights, movement and the ceaseless weaving of traffic and people.

Finally, I made it to my room and feeling rather self-conscious as I shut the door on the bewildered looks from the staff, who were probably wondering what one woman was doing with three hundred suitcases filled with bricks. I turned around and expected to be hit by the nauseating wave of homesickness I know so well. After a moment’s pause and slightly melodramatic silence I looked around and realised the main feeling was that of hunger.

Any one of my close friends or family could tell you the nervous wreck I was in the weeks leading up to my departure. I was scared of everything I could not know, hardly trusting myself in the choice I had made to go.  So later, with a plate of rice filling my stomach, the heat settling round my body and the feeling of being somewhere rather than the nowhere of impersonal airport tiles, I realized, with a start, I felt home. Usually a sense of home comes from those smells, phrases, voices, languages (both spoken and unspoken) breezes, distractions and human idiosyncrasies that bring us a sense of belonging. Yet sitting there on the first night in a city on the other side of the world, the feeling of home did not source from those things but rather from the trust in the path I had just set my feet on. The sense of home came from the strangeness of my surrounding and the feeling of surrender to the unforeseen path stretching before me. I felt an intense gratefulness to myself and to all the people it took to get my feet on that small bit of ground.

The uncertainty that had riddled my body for weeks before my departure, plaguing my mind and soul seemed to have shed itself without me noticing and there looking down at the tiled patterns I felt more grounded on this new soil than I had in the familiarity of what I knew as my home. I felt as free to meet the stranger in myself as I was to meet the strangers waiting for me in the next few months, as free to meet the unknown within as I was to meet the unknown without. After weeks of the mind numbing nerves, logistical errors, second thoughts, cold feet and all the names reluctance takes, all I felt upon arriving was a strong sense of belonging to whatever the path before me held. A sense of belonging to the unknown within me and before me. 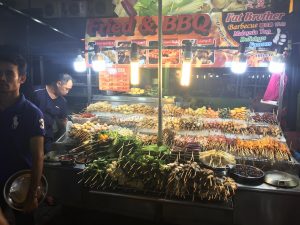 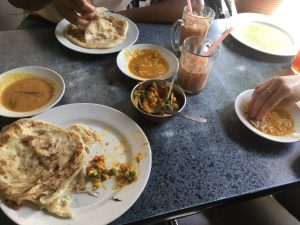 Weeks have passed since that night. The grounded-ness has remained.  I didn’t foresee that “the path” I so poetically envisioned for myself included everything from sorting through two-hundred antique textbooks on architecture that someone so virtuously donated to the primary school or the sheepish face of a boy who’d just shaved his eyebrows completely off for some very good reason but, I feel normal here. And if anyone asked me what the most surprising thing has been about the last five weeks it would be how normal I’ve felt since I stepped off the plane. The hardest part so far was getting on the plane in the first place.