Luc Nadeau – Blog 3: On Islam and the Malaysian State 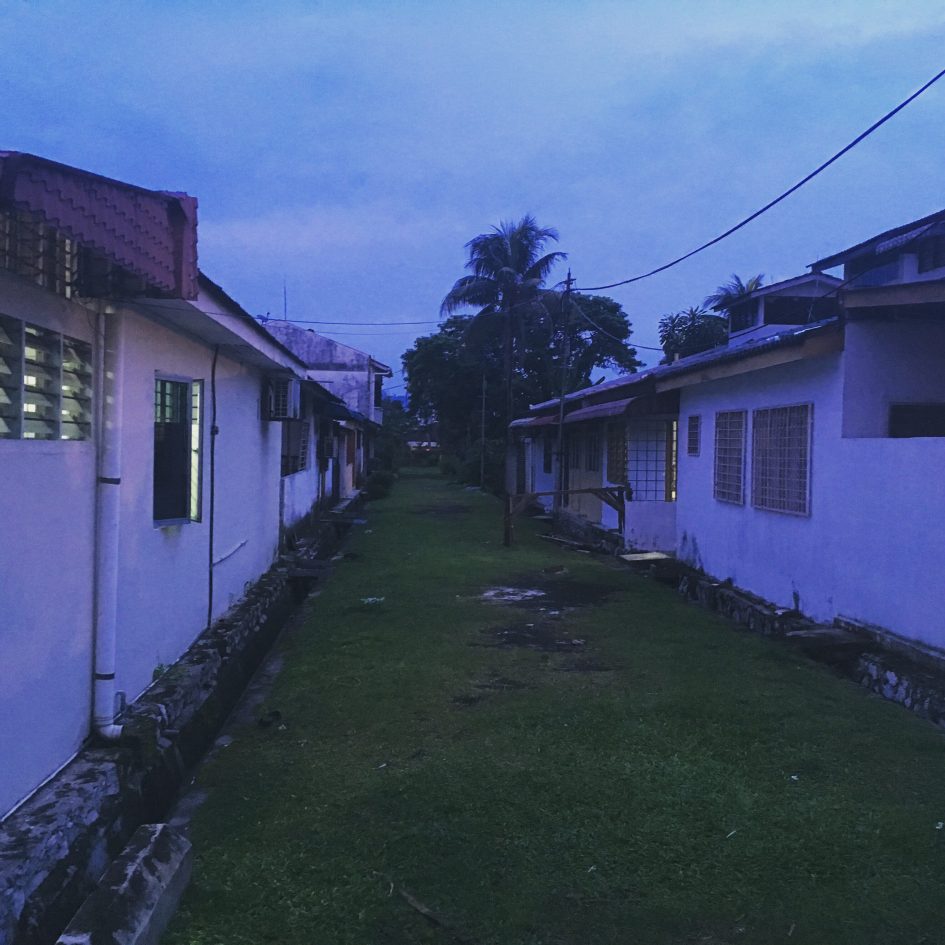 Dusk in a kampung near Ampang, Kuala Lumpur

Lest we forget pluralist justifications for the separation of church and state. Being a fan of freedom of expression and the values of liberty and equality espoused by the liberal democracy I call home, I was, perhaps naively, rather surprised when I began reading some of the works written by MSRI’s late founder Alijah (Shirley) Gordon. An American, Shirley would go on to lead an incredible life of activism, scholasticism, and humanitarian work after leaving Columbia University when the Middle East Society she founded at Columbia was purged by a “Zionist putsch” in wake of her defence of the Palestinian cause against Israel’s Ambassador to the UN, Abba Eban, in a New York Times televised debate in 1954 (Gordon, 2003). Fascinating beginnings indeed.

One of my most recent endeavors at MSRI is assisting with the publication of a collection of writings authored by Gordon. The undertakings of the task are relatively simple, going through the readings, formatting them correctly, and organizing the structure of the book. I had the pleasure of reading many of her opinion pieces, of which a few were about Singapore, particularly how it constitutes a “racist, Zionist state”. While I can empathize with her contempt for settler colonialism in Palestine, it was rather her support for political Islam in the Malay Archipelago given it’s own racist and discriminatory policies against minority ethnic and religious groups in the region that disturbed me. Her insistence on the necessity of “revolutionary Islam” as the only means of confronting American/Zionist imperialism, while condemning secularist anti-UMNO political forces that would deny Islam a central ideological role in policy making in Malaysia undermine the legitimacy of her arguments for human rights (Gordon, 1987).
In an effort to avoid falling into the tu quoque fallacy trap, I will venture to say that her criticism of Israeli settler colonialism is valid, particularly on the basis of its discriminatory policies against Palestinians, such as the refusal to grant right of return to the Palestinian diaspora.

While I touched on these ideas in my last blog, I want to briefly look at some of the contradictions and paradoxes of trying to maintain a democracy while using political Islam as a matter of public policy. The danger arises from the growing prevalence of Salafism from Saudi Arabia and a growing adoption of Salafism in UMNO’s own politics, particularly it’s youth wing. Following the Islamic Revolution in Iran in 1979, Saudi Arabia began pouring money into scholarship funds and institutions which support a fundamentalist form of Islam (Habib, 2016). Salafism advocates exclusivism and intolerance, preaching a return to an idealized past where Islam was ‘pure and unadulterated’. In the context of a racialized, multi-ethnic and multi-religious society such as Malaysia, Salafism is a potentially dangerous ideology. It is this ideology that emboldens radicalized elements of society to make death threats and threats of sexual violence against who they see as “apostates”.

Recently, the deputy minister in charge of religious affairs, Asyraf Wadji, said that he would launch an investigation into an atheist meet-up group to determine if any Malays were involved in spreading apostasy amongst the Muslim community. The next day during a press conference in Parliament, another minister threatened a manhunt to identity these atheists, as well as force re-education (Samarasinha, 2017).

The concept of apostasy is itself a grave and disturbing notion that seeks to dissuade people from thinking, questioning, and evaluating value systems for themselves. It contradicts the basic notion of freedom of thought, association, and belief. Forcing a narrow view of permissible thought and action, the concept of apostasy narrows the allowable discourse in any organization and democracy. While there are no federal laws against apostasy, the state governments of Kelantan and Terengganu passed laws in 1993 and 2002 making apostasy a capital crime. Fortunately there are no public records of these laws being used for putting apostates to death. Other Malaysian states have laws disallowing Muslims to formally renounce Islam; those who do risk re-education, fines, and even jail.